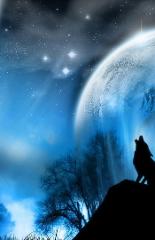 5quizzes31stories14questions27polls11pages569 followers1255 following
I'm 20 years old, a junior in college, and have been on this site for nearly eight years. I live in the New England area, and am also a ski instructor. If you send me a follow, I definitely See More▼ follow you back!

Just fyi, I also have a Watt pad account under the same username (McDazzle2000)

Mcdazzle2000
Dang, it really has been a while. I can't believe all of the cringy stuff I have still on here from suuuuch a long time ago
reply
Subscribe
on April 07, 2020
Report

Mcdazzle2000 added a new chapter to The Reign of the Pirate Queen
Battle at Sea
Aaaand onto Chapter 3! When we left off, the Pirate Queen and her crew had just engaged in battle with the fearsome Royal Adrenian Navy, and had landed the first blow to the enemy ship. Leo — poor, poor Leo — had just seen his friend and definitely possible lover being dragged away, sobbing. Reginald was still beat up, and the two of them were being taken to the cell in the captain's quarters. Let's see what happens next... (and prepare for some new characters!)

Chapter 5
The picture's of a new character you'll discover in the chapter ;)

Nissa took Ayden back to his cell a few hours later before leaving to go find Sebastian and Scarlett. She found them sitting in a parlor in the right wing of the mansion, playing a card game. She paused by the entryway, observing them. Laughter poured into the hall, and their smiles lit the dark, dreary mansion. Nissa watched them for a while, until Scarlett looked up and spotted her. Her wide smile faded in an instant, ...Read Full Chapter
on April 26, 2018

Chapter 4
The picture is of the young hunter, Ayden

Nissa led the young hunter out the door, and into the hallway beyond. She didn't look at him as she spoke. "Come. We have someone to see before we talk." He followed her in silence. She set off down the hallway, and in less than a minute was standing beside the door to Sebastian and Scarlett's room. Opening it, she motioned for Ayden to follow her.

As soon as he was through the door, his eyes shot to where the small family was sitting on the be...Read Full Chapter
on April 26, 2018

The title Pirate Queen is one rarely uttered, and only with the utmost reverence. For she is the being of nightmares, the threat whispered by mothers to keep disobedient children in line. She is the maiden with long black hair ...
4 reads 4 readers 0 by Mcdazzle2000
on April 26, 2018

Mcdazzle2000
I just started writing a historical fiction about pirates. If anyone's interested, pm me
reply
Subscribe
on April 26, 2018
Report 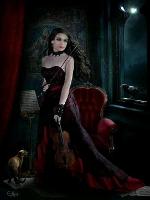 Chapter 3
The picture is Nissa :)

Nissa was by the front door in an instant, looking out the nearby window. It wasn’t quite dark yet, but it was dusk, and her eyes could see far better than a human’s could in this light. One car approached, an SUV of sorts, with tinted windows. It was only big enough to hold maybe six men, and she laughed softly to herself. They clearly didn’t know who they were dealing with.

The men stepped out of the SUV, and her assumption was confirmed. There were six men, a...Read Full Chapter
on October 08, 2017

Vocab, Vocab, All About the Vocab

Think you have a big vocabulary? Wanna prove it to your friends? Take this quiz to find out how big of a vocabulary you really have. :)
5 responses 0 by Mcdazzle2000
on October 07, 2017

Her eyes, black as night, bored into his soul. He stared at her inquisitively for a second or two. "What are - " But then, she smiled, and as the skin of her lips stretched across her teeth, revealing her nearly inch long fangs...
4 reads 3 readers 1 by Mcdazzle2000
on October 07, 2017

Mcdazzle2000
Quick update: I've been doing homework lately because I'm taking AP Calculus BC and AP Literature and Composition, as well as a few other hard classes. I haven't been writing much but lately I started a new story. It's about vampires and if you like that stuff, you can check it out on my Watt pad account, under the same username (McDazzle2000)
reply

Mcdazzle2000
How is everybody?
reply

Paraboilc
Thanks
on September 03, 2016
Report

Paraboilc
I will be Rollin out my third year this month actually
on September 03, 2016
Report

Has your life been impacted by cancer?

Mcdazzle2000 at That Moment When...
That moment when you're in a timed test and realize you're half way through the time but still on the fifth question.
reply
Subscribe
on May 09, 2016
Report