vote up or down the answers
Answer Link
↑
9
↓

Dei_Dei
Animals have been abused in many ways- like for fashion and make-up, why would we need make-up? And plus why do we have to make an animal suffer for unnecessary needs, it is UNACCEPTABLE. X-( :'(
reply
on November 22, 2013
Report
Answer Link
↑
8
↓

potterpox
OMG I HATE IT my dog i adobted from the shelter was abused and his old owners didnt feed him and they sprayed him with amonia so he was so skinny and scared then but now he is well fed and really sweet dog that sleeps by my feet every night and hes my best pal! so i hate animal abuse and we are animals how would we feel if they were the humans and we were the dogs getting abused i would be down right misserable! so my simple answer is i hate animal abuse
reply

thatsssanicequizzzyouhavethere
I agree but it is not just dogs. I have heard that animals in the circus are sometimes treated bad
reply
on March 20, 2013
Report
on December 11, 2012
Report
Answer Link
↑
8
↓

Nobody.07
of course I'm against it!! When I get older, if I get a job where I can afford it, I'm either doing the monthly donation for ASPCA or that Bookback Weekend Meals organization (you pay how much $ a year, and this child--who's family doesn't have enough money to feed the child well during the weekend-- gets a bookbag with 2 cereals, some juice boxes, and some meals to get them through till school :)
reply

vintagebird
I AM TOTALLY AGAINST ANIMAL ABUSE! I HAVE A DOG THAT WE RESCUED FROM THE SHELTER, AND SHE HAD BEEN ABUSED!!! IT'S SO SAD TO HEAR ABOUT ANIMAL ABUSE!! AND IT HAPPENS EVERY INGLE DAY!!!! :( HOW COULD PEOPLE BE SO CRUEL AND HEARTLESS!!!???
reply

kitkat808
I think its quite sad that animals of the earth are being hunted down like prey. Its not right to pent up a wild animal ion a cat carrier, then ship it to some forign country where it will be abused, hurt, or killed. If people do this, we should at least try to repopulate the species. When we make a species go instinct, we are messing with the balance of life. If we killed off the butterfly, humming bird, bee, and other polinators, flowers, plants, and eventually animals would See More▼ die off. Some medications are based off plants, and they are much used (i think...). Also, if you wanna fight someone for money, do it yourself instead of making animals do it. A lot of animals are put don because theyre previous owners were cruel to them and the animals couldnt stop theyre behavoir that they had used to keep them alive all this time! Its not the animals fault they do that, but the person who taught them, forced them, to act this way.
reply

thatsssanicequizzzyouhavethere
Very true and it is unfair that animals must be put down and it's all the bad owners fault
reply
on March 20, 2013
Report

thatsssanicequizzzyouhavethere
:(
reply
on May 14, 2013
Report

thatsssanicequizzzyouhavethere
That is so sad :'(
reply
on May 13, 2013
Report

Annew
?If you ever kill or abuse an animal I will than make u bald
reply

All_hail_Melon_King
What if they were bold?

thatsssanicequizzzyouhavethere
Animals don't deserve it at all! Animal hunters say they kill animals like tigers because they hurt humans. I've heard better excuses from kids in my class about why they didn't bring in their homework! I know what you might be thinking. You might be thinking "Wait! Her again! This kid keeps posting answers to this question!" if you are then I'm sorry for trying to get the message out about animal abuse but it needs to stop! What did animals do? I remember this advert where a See More▼ very skinny dog who obviously had not been fed was outside in the rain crying but the owner just shouted at it and told it to shut up. Animals abuse is wrong and needs to be stopped.Join my page and help me http://www.qfeast.com/page/478/Animal-Abuse-Needs-To-STOP
reply
on May 14, 2013
Report
Answer Link
↑
5
↓

thatsssanicequizzzyouhavethere
It terrible and cruel. I love animals and I can't bear to even think of the horrible things that happen to them. :(
reply

LiL.Looking
I HATE IT EVERY TIME I SEE THEM I WANNA CRY :(
reply

Alya.Cesaire
YES!If you hurt an animal I will personally rip out your kidneys and eat them in your face watching you die slowly and painfully.>:)
reply

amethyst512
can I watch?
reply

story.writer
I am highly against it, because animals are like humans, they have feelings. They do not need to be abused from a human they thought loved them. Its sad what the human race has turned into today. Not saying every human is bad, but some are. We need to love animals. Then animals will love us :)
reply
on July 12, 2015
Report
Answer Link
↑
4
↓

TheSortingHat
I saw the grossest video about skinning animals alive! They had this horrific video where a raccoon was skinned alive, it was horrible, because raccoons can't make noise so it was just squirming as the sh*t-headed people around it tore it's skin off! It made me want to cry and vomit at the same time!
reply
on October 02, 2014
Report
Answer Link
↑
4
↓

thatsssanicequizzzyouhavethere
I keep thinking why people must hurt animals for any reason. We are all animals too so would we like it if we were constantly abused and hurt? Of course we wouldn't! All those hunters in the world need to put themselves in the shoes of the tiger they are about to kill. All those people who hurt dogs need to recognise the pain and fear in their dogs eyes and all animal killers need to think of the consequences of killing animals. Imagine a world without animals. No dogs to play See More▼ with. No beautiful tigers. No majestic lions. No animals all because of stupid animal hunters! Animal abuse needs to stop. Animals need to be treated with the same amount of respect as humans want to be treated. Thank you for reading- I know it was long but I felt I needed to say it.
reply
on May 13, 2013
Report
Answer Link
↑
4
↓

kikizoey4me
Yea, I hate it too!!!
reply

Torikinz
Ha ha ha my horse is sam he is a 27 year old thorobreed he is so smart he pantsed my brther
reply
on December 19, 2012
Report

earth707
I really care! I even volunteer at my the humane society (my local animal shelter) i loooove animals and would rather get hurt myself then let an animal be hurt
reply

thatsssanicequizzzyouhavethere
That is so sweet!
reply
on March 20, 2013
Report

All_hail_Melon_King
Guys listen. We need to stop animal abusing and earth abusing. Many many many animals are extinct. And they had amazing names and amazing features. We must respect what they have done. Not just hunting them people are hunting habitats. We need to stop this now or everything and the earth will die. #STOPABUSINGTODAYNOTLATER
reply
on June 19, 2016
Report
Answer Link
↑
3
↓

Gamerleaflegends
Whenever I see animal abuse I don't think much of it.

Why you might ask?
Well, do you show much concern for the millions of animals that get killed every year to be turned into food?

Cows, Pigs and other farm animals all have the potential to be great pets, but most people don't show much concern for them when they die.
However, if a puppy dies suddenly everyone is sad because: who would kill a puppy?
reply

Bottom line: Nobody wants that much trouble.
reply
on September 23, 2016
Report

WolfRavena_CharaLover_UT_FNAF
I feel like I should go vegetarian now.... ?
reply

WolfRavena_CharaLover_UT_FNAF
I know I'm just shaken up, :p I'll get over it
reply
on September 23, 2016
Report

LPSPinkPopular
Are you kidding? This is an obvious answer. YES IT'S HORRIBLE! Does anyone feel bad for red pandas? Well rumor has it there's only 1,000 left in the world! And plus, tigers are getting endangered because of poaching! Click up if u agree.
reply
on April 03, 2016
Report
Answer Link
↑
3
↓

Doge_Leader
I am sooo against animal abuse. Stupid humans are so cruel, and some people say THEY are the problem. They only become a problem because they have had a very upsetting past and dont trust others because of it. Would animal abusers like it if they got shrunk to the size of a dog and be punched and kicked and then killed? Im sure they would since they think its fine to do it to animals.
reply
on April 02, 2016
Report
Answer Link
↑
3
↓

threebeltking
Of course! Who in their right minds would support it?
reply
on July 12, 2015
Report
Answer Link
↑
3
↓

not saying I am but if I where to start a personal paintball league would you join?

I was just thinking about it and I thought it would be fun I wanted to see if...
2 / 0 by BaconBits 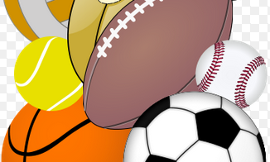 What is your favorite sport 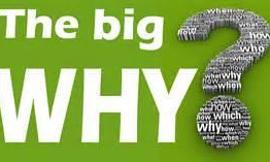 Do think this is a fair way to see who's it for a game?

So my friends have a way to see who's it for a pool game. If you haven't been...
1 / 0 by Hogwarts_Huntress

What is your favorite outdoor game?

Mine is probably capture the flag.
6 / 0 by Fearless

Is cheer a sport?

should baton twirling be an olyimpic sport?

what would your one wish be? 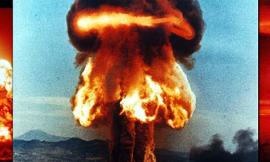 I need help with alot of things and it's getting close to summer and I want t...
3 / 0 by Roxas

What happens if Air France loses my luggage?

Would you make a yellow or purple room in Minecraft?

Who is your favorite character from Pop'n music?

Do you know how to use an emulator?

So, what is an emulator? An Emulator is used to play video games. What kinds? Well, depending on the emulator, any kind of video game you want. To use an emulator, most of them are free. You simply look up the type of gaming sy...
2 / 0 by HyperfixationsAplenty

How can I connect with Singapore Airlines?

Do you have a stuffed animal that you carry around possibly everywhere or is that too old??

Can I cancel my Allegiant flight without a penalty?

How do I complain to Lufthansa?

How do I request a call back from Air Canada?

How did everyone get the Flames of Hope? (Book)

How can I get the best deal on Qatar Airways?

How long is it taking to get a refund from Aer Lingus?

Give me songs for my playlist

Anything but rap is fine
2 / 0 by somethinggay

Does Air Canada compensate for delays?

Petition for Justice for Will Byers

How do I use my Etihad voucher?

Hi QFeast!! I wrote a story XD about Cal and Robin from Tara duncan and want ppl to read it! will you? :3
1 / 1 by calxrobin

Can you guys tell me how to deal with glitch trap?!?!.

Glitchtrap got stuck in my VR headset again I need help getting him out!
6 / 30 by Michelle_Afton_ha

Other Questions from earth707

should baton twirling be an olyimpic sport?

Endengered animals, do you care about them?

what is better harry potter or twilight?