vote up or down the answers
Answer Link
↑
6
↓

your.cool.grandma
I ended up having a crush on a girl, but I also liked guys and I knew that for a fact. I called myself bi, before realizing that I honestly don't give one shit about gender.

Sombra
one day i saw a man and went 'hot damn'

TheAbnormalBoys
I discovered I was Bi because of Fat Link
reply
on May 07, 2018
Report
Answer Link
↑
3
↓

Kai_Wellington47
I don't know my sexuality yet, because I like good looking women but at the same time, friend of mine showed me a video of two malemfurries mind you, get it on the six in the mon'. But it was animated, and the bad thing is I liked it, so I really don't know my sexuality
reply
on May 31, 2017
Report
Answer Link
↑
3
↓

DipperPinesShades
I originally liked guys and thought they were cute, but then I opened my mind to liking girls. I stopped telling myself that the feelings I was having to this girl were wrong, and allowed myself to like her. Of course, she rejected me, but we're still friends! :3
reply
on May 27, 2017
Report
Answer Link
↑
1
↓

Iscopeee
i never had crushes on guys.
because of the piece of shit that is compulsory heteronormativity, i just told myself "It's okay, you'll find the right guy eventually. You're only young anyway."
of course that isn't true and i'm the gayest fvck you'll ever see lmao
eventually i realised that i probably became friends with a few of my female friends for a reason other than just platonic friendliness. A few of the girls i saw at the time as just good friends were early crushes, i See More▼ just assumed i just really wanted to be friends with them or something.
i wasn't upset, i was more confused than anything. in fact i didn't even know that homosexuality was a thing for the longest time because of the way my childhood was. No one was ever homophobic or anything, but no one ever mentioned gay people. at all. there was no negatives or positives, just silence. that unbearable straight silence, the denial that lgbt+ people exist... it's kinda frustrating.
but that's enough ranting about homophobia for today.
reply
on August 11, 2018
Report
Answer Link
↑
1
↓

Broken_soul
I stil don’t really know mine...
I have a few chrushs on guys from books but nothing like my friend does. I find various pics of guys cute. I have a chrush on a female actor/character. My favorite characters are always girls. What do you think?
reply

Broken_soul
My first crush was Australian. I still have a crush on them.
reply
on July 27, 2018
Report

AliKat
I ended up kissing another guy at a party and I was crushing on a girl so yeah. I found out at a party that I am bi
reply
on May 09, 2018
Report
Answer Link
↑
1
↓

TrashCow
Well for a while I thought I was bi. I liked guys and mainly had a crush on them, but I dated a girl named Kira once. Eventually, we broke up, and I kinda decided that I was more into guys than girls, and decided I was straight.
reply
on May 28, 2017
Report
Answer Link
↑
1
↓

EclipsedWolf13
Well,I'm stright,I know that much,but a friend of mine had said eailer last year that she thought I may be dmisexual or just asexual seeing how I beraly showed any intrest in guys and dating.I honestly feel she may be right,but I'm not offical saying I am yet.
reply
on April 24, 2016
Report
Answer Link
↑
1
↓

irony
I found girls more attractive than boys, and girls are better at understanding. I'm still attracted to both, though.
reply
on April 24, 2016
Report
Answer Link
↑
1
↓

akkoniverse
idk maybe cause i had a crush on a guy? but he looks feminine so.. i don't really know xD
reply
on August 10, 2018
Report
Answer Link
↑
0
↓

Broken_soul
I saw a really cute character and actor and I now have a crush on her
reply
on July 27, 2018
Report
Answer Link
↑
0
↓

chikacheatsonumeji24.7
I Discovered mine how i just always liked Guys,Not girls not boys and girls,Just Guys,That's how i knew...But this may change as i Get older
reply
on May 10, 2018
Report
Answer Link
↑
0
↓

kr4d4br4
well i was young(5 years old) and i was with my bestfriend which is my best friend still and me and she were hanging out and i went to the toilet and she followed me and when i came out of the bathroom she saw a glimpse of my dick and when we came back to watch tv she asked to see my dick again and then i asked to her pussy and she did show me then the next day we went behind a car and she asked me to show her my dick and she would me her pussy so we did then she said that if See More▼ touched her pussy she would touch my dick and so we did then we continued daily for about 1-2 weeks after my mum found us doing it until two years ago (i was 10) me and her met in summer vacationshe whispered in my ear "want to have sex?" cuz we knew what sex was at that age so she pulled got a carpet we went inside we changed in some thing and wore to underpants and we started by her sucking my dick and then me licking her pussy then we had sex...most amazing experience ever...so thats how i found out my sexuality
reply
on May 07, 2018
Report
Answer Link
↑
0
↓

KoopaQueen
So I liked both genders, then I realized how much girls sucked.
Now I am hetero
reply
on May 06, 2018
Report
Answer Link
↑
0
↓

ThreeBirds
I'm just not really interested in anyone. I don't even know. Please send help.
reply
on May 31, 2017
Report
Answer Link
↑
-2
↓

How can I get permanent elf/pointed ears without surgery? 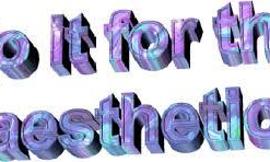 What is your aesthetic?

Pretty self explanatory?
3 / 0 by revenge 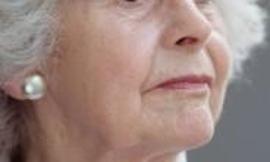 should the elderly get free bus rides??? 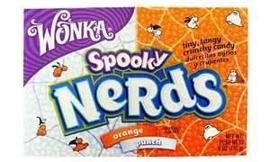 So we're doing an art walk in my town, and I decided I wanted to participate....
2 / 0 by Celest_Stories 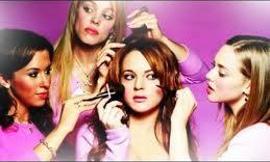 are you popular or not? 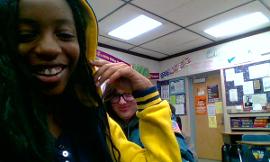 does ANYONE go to cactus or at least live in palmdale? what schools do you guys go to?

its ok tho im always alone.
9 / 0 by DemonQueen 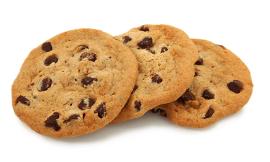 Whould you trust someone if they gave you baked goods on halloween?

im a king cobra
2 / 0 by Pink_fluffy_unicorns_dancing_on_rainbows

I LOVE Nightcore
2 / 0 by Pink_fluffy_unicorns_dancing_on_rainbows

i have them and its freaking me out... i used to self harm and i never had them then but now i do my life is shit and its getting worse FAST!
2 / 0 by Pink_fluffy_unicorns_dancing_on_rainbows

im so bored i need some thing to do... just send me anything though i cant promise to be able to post them. it can be random stuff or un random stuff(if anything exists that is)
2 / 0 by Pink_fluffy_unicorns_dancing_on_rainbows

every one things im afreak and it actually hurts some times because i actually got side lined near the prom my my FRIENDS. NOT CUTE GUYS!
1 / 0 by Pink_fluffy_unicorns_dancing_on_rainbows

my moms married to a woman so i dont know whats up with her... i guess she has an image of what she wants me to be...
0 / 0 by Pink_fluffy_unicorns_dancing_on_rainbows

Why is being a jerk so fun?

my moms married to a woman so i dont know whats up with h...
0 / 0 by Pink_fluffy_unicorns_dancing_on_rainbows

If you got a strange call from somone offering you a job as a nightguard, would you except?

Are there any mary sues, gary stus, or ops?

What were your thoughts on the latest episodes of svtfoe, Battle of Mewni?

What are your thoughts on Miley Cyrus?

What are your thoughts on love?

If you were a ghost, what would you do?

Have you always wondered what cats are saying to us?

Who are your fictional and irl senpais?

Are your Brother or Sister annoying?

Did you ever have any strange dreams?

Is the saying "If you love something set it free, if it comes back it is yours" really true?

If nothing is faster then light, how did the dark get there first?

Your thoughts on Akai Dalia

What is your honest opinion about me?

Can you guess the name of Mystic's new crush?

If you were an animatronic, how would you react?

Is Obama right for president?

What keeps you sane?

Whose is Better 1D or 5 Seconds of Summer?

Has a fandom ever been ruined for you?

In the book where Hollyleaf died do you think she should stay alive or stay dead?