xxxvanny
I'm pansexual and nobody bullies me but, some people are very judgemental. They are rude, selfish and horrible.
reply

kopperslushi
What is pan sexual
reply

smileforsunshine
But isn't there only three genders? ( counting transgender)
reply
on April 28, 2018
Report

Moony
Oh!You're lesbian?I'm bisexual and lots off people bully me too.They think we're weird for some reason.But I don't care!They're just jealous that I can like same sex people and they can't!
reply

smileforsunshine
I can agree with you on so many levels
reply
on April 28, 2018
Report

katherine3110hun1
True!! I'm jealous of bisexual people because I've tried to be bisexual but I can't. Although that doesn't make me like them less, let alone judge or bully them. I guess I'm just a more open minded and better person than those who judge and bully because someone is bisexual.
reply
on October 28, 2016
Report
on August 05, 2013
Report
Answer Link
↑
1
↓

QuinnWalker
You can never really be sure why someone's bullying you. For any reason, it could be personal issues or they could just be narrow-minded pricks. My advice is to just do you and remember that what they're doing is wrong. Definitely not right, so listening to them'd be stupid. Being lesbian is fine.
reply
on October 28, 2016
Report
Answer Link
↑
1
↓

revenge
Because people can't seem to comprehend that you can live your life how you want!
reply
on July 29, 2015
Report
Answer Link
↑
1
↓

Mary_chan
well unfortunately there are several reasons....
1. religion
2. bias reasons
3. stupidity
4. judgmentalness
I have absolutely nothing against gays/lesbians my best bud is one and I am totally comfortable .. you should get to live whatever way you want :3
reply

madix1
Well I don't wanna be mean but lesbians don't have a lot of friends on qfeast. But you r nice. So people would most likely be nice to u. :D
reply

AliKat
They're just trying to make themselves feel better. I used to get bullied for being bi. I'll always support ya. Just ignore the douche bags
reply
on May 03, 2018
Report
Answer Link
↑
0
↓

Anti-gay graffiti, spreading rumours that someone is gay, being abusive, jeering or violence towards See More▼ someone who is LGBT are all types of homophobia.

Sometimes people who bully may target another because they are LGBT. People who are heterosexual (sexually and emotionally attracted to someone of the opposite sex) can also be victims of homophobia because the people bullying think that they are LGBT.
reply
on May 02, 2018
Report
Answer Link
↑
0
↓

Ashtonsinclair
I'm trans and I try my best to keep it to myself but personally ignore them and be proud hun. I support you <3
reply
on May 01, 2018
Report
Answer Link
↑
0
↓

EmptySoul
some people think there should only be two genders, male and female, but I support all genders, and the people that bully you, say there jerks
reply
on April 30, 2018
Report
Answer Link
↑
0
↓

smileforsunshine
There are a lot of reasons why someone might bully you.some kids don't understand,some are assholes and need to learn some respect for others and finally if some one is bulling you because of you being different,tell someone and it might stop.Now it won't happen right away but it will sometime later.is perfectly normal so just be your self.?
reply
on April 29, 2018
Report
Answer Link
↑
0
↓

WolfRavena_CharaLover_UT_FNAF
Wether you are or not, I will always take people as they are. Wether boy or girl and so on. I will never judge meanly. But it sounds like they might be jealous because you have something they don't. Trust me I know. I've been there. I still am. Stuck forever in a circle. ?
reply
on October 28, 2016
Report
Answer Link
↑
0
↓

katherine3110hun1
Because they think their opinions and beliefs about LGBTs is the correct belief/opinion. When in reality nobody's opinions/beliefs are the right one.. Thats why its an opinion.
reply
on October 28, 2016
Report
Answer Link
↑
0
↓

Bvb_lover
Because they realize that ur to cool for school and that all u say is suck my ass
Yup it helps and say walk away now pesent
reply
on May 09, 2016
Report
Answer Link
↑
0
↓

Ducki
Because they're stereotypical bitches. End of story.
reply

Sombra
Because people are jerks, and have stereotypes and think that what they say should be the golden rule of society.
reply
on July 26, 2014
Report
Answer Link
↑
0
↓

EverymanHABIT
Because those people are jerks and don't care for others feelings.
reply
on April 27, 2014
Report
Answer Link
↑
0
↓

ZodiacAnimeFreak
Ignore them im a lesbian too and i dont care no one can juge you for no reason
reply
on April 25, 2014
Report
Answer Link
↑
0
↓

raihana
dats jus how day r dont study them cuz even if u dont no them theres ppl supportin u :)
reply
on April 12, 2014
Report
Answer Link
↑
0
↓

Nightcat
cos they don't understand you and they judge you cos you're different to them. Don't worry, lots of people I know are lesbian/gay/bi and they're normal. God loves everyone no matter who they are don't listen to the idiots who say otherwise
reply
on January 30, 2014
Report
Answer Link
↑
0
↓

EMOpanda
because it's different to them not normal but you shouldn't care what others think if they have a problem they need to change not you.
reply
on July 12, 2013
Report
Answer Link
↑
0
↓

Foxface22
Because some people don't think being gay/lesbian is normal.Like Mary_chan said,in they're religion it isn't normal.I'm a christian so I learn that male/female is how God wants you to be.But male/male or female/female relationship shouldn't be criticised.I think that gays/lesbians are brilliant and have bravery to tell other people they like the same sex.Good job and stay strong!
reply
on July 07, 2013
Report
Answer Link
↑
0
↓

For some people, they are racial. It can be White VS Black, Normal VS Unnormal, Religion VS Religion. Well, I don't care f*** about it. I'm not lesbian, but that's no reason to be ashamed of it. Some complete @$$holes bully peoplke based on their beliefs and who they are. They think it's not normal.

NEVER CHANGE YOURSELF! YOU ARE WHAT EVER YOU WANT TO BE! 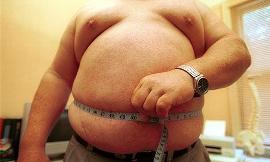 How much should I weigh?

What do you do when you are really down but have no one to talk to? 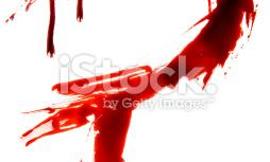 Are ANY Of You Shocked Of The Ebola Virus?

The Ebola Virus Is Spreading Rapidly! Do Any Of You Have Any Final Wishes Or ...
10 / 5 by Fiendish_Heathen

have you sneezed on a date befor 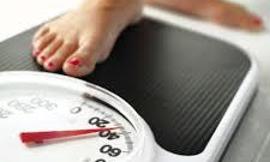 How can you lose twenty pounds in one second?

My friend asked me this very interesting question. I just thought I'd share it.
6 / 0 by Bmac99 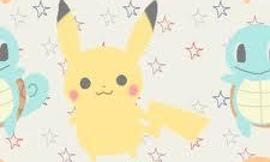 Is There A Way To Get Rid Of My Laziness?

i Don't want to be

every one things im afreak and it actually hurts some times because i actually got side lined near the prom my my FRIENDS. NOT CUTE GUYS!
1 / 0 by Pink_fluffy_unicorns_dancing_on_rainbows

my moms married to a woman so i dont know whats up with her... i guess she has an image of what she wants me to be...
0 / 0 by Pink_fluffy_unicorns_dancing_on_rainbows

Why is being a jerk so fun?

Hey any color suggestions for this sculpture?

I made this dog, cat, dragon thing and I don't know what colors to paint it (And yes I know the face is a little, just a little screwed up).
1 / 0 by Hillo

Why is everyone calling me a troll?

Help! I don’t know what that is! I just thought it was from that one movie with the Poppy person XD
7 / 16 by AnimeCutie293

Who do you listen to when your feeling down?

I listen to NF or Melanie Martinez. What song artist do you listen to when you feeling in a low mood, whether your trying to feel better or your just going with the feeling.
6 / 0 by ravenspirit892

How much do you know about me?

Why is this happening? plz help~Girls only

I'm having my time of the month but when i start cramping I through up then i fell really exhausted and i pass out, does this happen to anybody else, is this normal, im freaking out a little even my mom doesn't know whats happe...
4 / 0 by ravenspirit892

Is Manny Heffley a cutie?

Do you think school will reopen this Fall? ( Florida )

What if everyone else on the planet is an NPC like from a game?

Have you ever had that one person in your life who died and you were happy that they were dead?

What is the most trouble you got in?

What is the most trouble you got in? It can be anything lol
7 / 12 by ThatOreo34

Drawing requests, anything, I mean anything, I will draw it even if it turn out to be crap. It can be an animal, a human, an oc, ANYTHING! I am very, very bored and don't know what to do, so just make a list of random (Or not r...
4 / 0 by Hillo

is it ok to listen to a problematic artist?

so like if you listen to an artist that has done problematic or horrible things is that bad??
8 / 1 by damien

If you could bring back ONE cancelled show, what would it be?

There were a lot of good shows out there that sadly got cancelled, and we miss them. If you had the choice to bring one of them back, which one would it be?
8 / 3 by Lizzy_Winkle