JayCity02 published on October 16, 2014
5 quizzes6 stories44 questions41 polls6 pages
Be the first to add this question to starred list!
▼Scroll down for more questions▼

Elleyd
OH MY GOD OK I AM CLEARING THIS UP RIGHT NOW: The Ebola virus is primarily in West Africa so if you are anywhere else it is unlikely you will get it. Any other cases are immediately quarantined and shut down. There is a possible cure coming out currently or at least close to one. Everyone is working on it so there is nothing to fear. Plus, new outbreaks happen everyday wiping out just as many if not more people than this so why publicity has claimed this one, I don't know. In See More▼ short, STOP WORRYING. WE WILL SURVIVE. Chill, ok :) If you have more questions, ASK ME.
reply

Elleyd
BECAUSE EVERYONE IS FREAKING OUT AND UNLESS UR IN WEST AFRICA THERE'S NOTHING TO BE AFRAID OF
reply
on October 17, 2014
Report

Sombra
One person in America died of Ebola. More people die of accidental trips and falls. Since people have been keeping it under control (or trying to) I think you might be safe.
reply
on October 20, 2014
Report
Answer Link
↑
1
↓

RoseHeart
It has been stopped before, the only problem was that it was in less stable modern countries, America should be able to control it
reply
on October 16, 2014
Report
Answer Link
↑
1
↓

Ravenclaw3243
Nah! The actual host for ebola is an animal, not humans. But humans get it from animals. There have been times in the past with the SAME situation. The problem is, it doesn't work to well on humans because it kills us too quickly, before we have a chance to pass it on. It will be a problem in some of the less civilized, clean, and developing countries. But China, Canada, US, Britian, and all the big, clean countries, will get it under control. Plus, very few people get it, even See More▼ in Liberia and Africa. Only like 1/5 of the population. There are too many people in this world for ebola to kill us all. So don't worry, humanity won't go extinct. ;)
reply

Ravenclaw3243
Oh yeah, and it also only spreads through bodily fluids, such as saliva, blood, etc. etc.
reply

Nightcat
Actually, you're both right and wrong. The cities are very well developed and advanced in tech and science, medicine and quite rich. The rural areas are poor, and still farmers. They are almost a stage behind the cities, still traditional and relying on the land. You can't really put a label on China as it is a wide, varied country.
Overpopulated places are often See More▼ unsanitary. Wayyy too many people in that tiny space, limited toilets.
reply
on October 16, 2014
Report

Ravenclaw3243
@JeweledOwl812 Actually China is pretty clean. It'sfully developed. It may be polluted, but its clean. If it wasn't sanitary, I doubt it would be so overpopulated.
reply
on October 16, 2014
Report

BlueTurkey
I would be more scared of the flu than ebola. As @Elleyd said, they are coming out with a cure, or close to one. Also, everyone in the US that has it has been sent to a facility THAT IS NOT OPENED TO THE PUBLIC to stay at. Also, you can't get ebola without coming into contact with their fluids. So, for example Bob has ebola, and I touch him, I won't get it, but if he were to sneeze on me, then I'd get it.
reply

edgymemesfordepressedteens
The Ebola, viris is not one to be scared off, if you are not in west Africa. It is unlikely to spread anywhere else. You are just to young to be afraid of a life threatening virus, so please don't be afraid, you have nothing to be afraid of
reply
on September 02, 2016
Report
Answer Link
↑
0
↓

TheSortingHat
No. If america was afraid of ebola, we would stop sending help to the people that need it. So it is best to keep your hopes up that a cure will be found and the world will be saved :)
reply
on January 18, 2015
Report
Answer Link
↑
0
↓

revenge
Yes, Emory University has treated them and they ALL lived. Other hospitals let the patients die... People who aren't in Atlanta, GA should freak the fuuck out!
reply
on November 22, 2014
Report
Answer Link
↑
0
↓

BlueStripedFox
I live in Australia where we don't have it so I don't know much, but I think u have nothing to worry about :). A survey in Africa said that Ebola is in the 10th most deaths in Africa and it was nothing compared to all the other diseases Africa has. And there a way more murders happening recently in America than deaths from Ebola. i also think I've heard only 1 person has died from it in America. Hope this helped ;)
reply
on November 12, 2014
Report
Answer Link
↑
0
↓

xxredfeatherx
I wouldn't worry about it. thankfully i am in r.i so but you should take caution
reply
on November 08, 2014
Report
Answer Link
↑
0
↓

DarkAngel1204
Yes along with the new virus killing young children, the entrovirus. America needs to start taking better precautions now. Instead, people are not doing to correct ways on how to respond to these viruses and only making it worse. I hope everyone is ok and the CDC (Center of Disease Control) will stop this from spreading worse.
reply

Nightcat
No. You'll be fine. America is a fairly advanced and rich country, you will either not get it in the first place or be treated immediately and likely survive.
reply

DarkAngel1204
There is no vaccine for Ebola. Sorry to be morbid, but if you get Ebola, you are dead. Like the others here who have died from it.
reply

Nightcat
Also, you're not likely to be infected any time soon. So stop panicking.
reply
on October 17, 2014
Report

I mean, i hope it doesnt hit Kentucky where im at!!
reply

TheSortingHat
You have more of a chance of a vending machine crushing you to death than getting the ebola epidemic. so don't worry, dude.
reply
on January 18, 2015
Report

You can make any one thing punishable by death. What do you choose?

when did you discover that you did not have the same table fetish as your best friend?

Title says it all
2 / 0 by SillySantaSausage 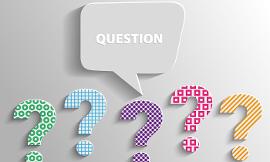 Is it normal to eat paper?

This is just a random question cus I haven't published something in a long ti...
2 / 0 by ScentedJasmine_101 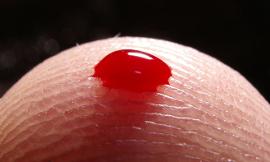 Does blood have a smell? If so, what does blood smell like?

How do you fall asleep without medicine?!

I've been having trouble sleeping and I was wondering if you had any tips for...
13 / 0 by ashyj12

WHat is the best tye of music to listen to while sick?

I am sick today, and wondering what people listen to while sick. :)
3 / 0 by threebeltking

How do you smirk?

Hello, this is for myself and all people with friendly faces out there. You s...
0 / 0 by michelle_not_michellie

Which do you prefer fast food or vegetables? I prefer fas...
0 / 0 by MyInnerYandereIsAyanoAishi

i dont have much to achieve in my life

People make fun of me :(

how do I get over my fear?

how do I deal with my broken heart?

how old were you when you had you're first kiss

can we date eachother?

im nervous to talk to her

who is you're favorite youtuber

what's you're favorite holiday besides Christmas

i dont like my long time friend no more.

when was your first kiss?

what song should i sing?

who on qfeast has the most follwers?

how do i ask her out?

how do I fight someone bigger then me?

what's your favorite song from the 90's

how do i get over not playing football this year

How do I tell her?

what is your daily routine?

what do I say when people call me fat?

how to get qfeaster of the day?