Lucky_the_whatever_26 (Not the hedgehog you Know and love anymore...) published on August 02, 2017
16 quizzes14 stories13 questions7 polls5 pages
Add this question to your starred list!
▼Scroll down for more questions▼

ThreeBirds
Past self: I'll just take this quiz here. (Takes quiz)
QFeast: Sorry but you need an account to read the full description.
Past self: Ok then. (Makes account)
reply

Rooxy
That's what I did too
reply

KoopaQueen
IN the not so distant past of 2015, a little Julianna heard about this site from her friend Izzy. She became @Nikkidaeevee24 and she acted like a shitpost for the 3 months she was on there.
Then in August of 2017, she found it once more and became StoreboughtDJ. She left a month later, but she didn't realize in Februrary of 2018 she would find it again. She was still signed in, so she became Dowogami_Is_In_Love.
Skip ahead 2 boyfriends and one name change and you have me. A See More▼ transboy named @KoopaQueen with an amazing boyfriend and no will to live.
reply
on November 03, 2018
Report
Answer Link
↑
2
↓

seoulmates
my sister was looking up quizzes and made me join the day after she did
reply
on August 02, 2017
Report
Answer Link
↑
2
↓

Crimson16
I was looking for a certain quiz that my friend recommand I take but she didn't tell which it was on.......eventually I found the quiz here on Qfeast and I join shortly after
reply
on August 02, 2017
Report
Answer Link
↑
2
↓

EmilyTehPancake
Well, I wanted to go on a Quiz Website cause I was bored, And the first thing I found was a place called 'Qfeast', And so I signed up, And,Well, Here I am now!
reply
on August 02, 2017
Report
Answer Link
↑
1
↓

eewhore
Once upon a time, 11-year-old, almost fresh-out-of-elementary-school Rowena had a second generation iPod that she would play on at night. Rowena had gotten bored one night and decided to take personality quizzes. After multiple shit sites, Rowena had stumbled onto Qfeast. She fell in love with Alexishedgebat's WWFFYs and sapphirethehedgehog's utter greatness, and wanted to join. So, she begged her mom to let her join. Her mom was all 'nooo, these quizzes are inappropriate', but, See More▼ a few days later, she'd finally convinced her mom to let her join.
Eventually, after about a year, she'd turned into the iconic R'ena and Qfeast had turned to shit.
reply

edgymemesfordepressedteens
I was 12 and wanted to troll
reply
on August 03, 2017
Report
Answer Link
↑
1
↓

Pj_The_Doll
I taking quizzes and then I wanted see more things so I decided to make an account and I've been here for 1 year
reply
on August 02, 2017
Report
Answer Link
↑
1
↓

Rooxy
I joined qfeast looking on websites looking for quizzes to take and then I clicked on qfeast also my old name was Goodj and so I got that form clicking random letters and autocorrect gave me that name
reply
on August 02, 2017
Report
Answer Link
↑
1
↓

Yamilettethehedgehog101
I joined qfeast by my sister looking up Sonic WWFFY on google and qfeast appeared and my sister joined and I decied to join too :3
reply
on August 02, 2017
Report
Answer Link
↑
1
↓

Lucky_the_whatever_26
Honestly, I can barely remember! I think I was surfing the internet, and wanted to find some personality quizzes! So I looked up, 'personality quizzes' on Google and a bunch of quizzes popped up! I looked around and finally found one that I liked, and it brought me to a website called, ' qfeast'! I took the quiz and got more curious about the website. I started taking quizzes, reading stories, and all that junk as a guest user. Then I liked the website and decided to make an account! See More▼ I made an account called, 'glitterlucky9' and a few weeks later, I forgot my password, and created.... The beautiful...' Glitterlucky26'!!! Then I made tons of friends and now I'm on this website almost every day! It's my life!
reply

SuicideSmileyface
I found it by taking personality quizzes and just so happened to stumble across a feast of Q’s.
reply
on April 12, 2019
Report
Answer Link
↑
0
↓

Broken_soul
I love quizzes so I took a quiz on Qfeast and I needed to see my results so I made an account and then I made some private quizzes and got addicted fast
reply
on February 22, 2018
Report
Answer Link
↑
0
↓

sapphirethehedgehog
There was this other website that created Sonic WWFFYs but it got taken off, so since it was legit the only place that made them, I decided I should make one too. I found @Alexisthehedgebat by her Sonic quizzes and decided here should be the best place :3
reply
on August 05, 2017
Report
Answer Link
↑
0
↓

SmeeHooks
it's now 2017 and ive still got this account
reply

SCENTLESS.APPRENTICE
i have no idea
it's been 3 years and i forgot lmao
reply
on August 04, 2017
Report
Answer Link
↑
0
↓

Orange.Soda
Well, I wanted to make quizzes and stories, and it was also a good way to meet more people and express myself freely.
reply
on August 04, 2017
Report
Answer Link
↑
0
↓

Jason_the_hedgehog
Well I was doing Alexis the hedgebat quizzes until I ran into that she or he was leaving Qfeast and I decided to join and I started to follow people that were in a Fandom for batim undertale or sonic mostly sonic half under tale a bit of batim and yeah that's how I joined Qfeast
reply
on August 02, 2017
Report
Subscribe 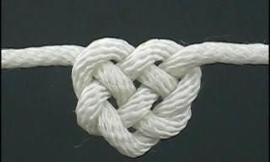 How do I keep playing my music on YouTube whole I'm on qfeast?

Ok so I'm trying to listen to my music that I have on another tab (YouTube) b...
5 / 0 by Creepyjadee

Where would you seek refuge during the zombie apocalypse? 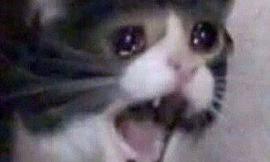 It's 2019 and I'm already dreading . Both years started off pretty normal but...
3 / 0 by Cressellia.effect 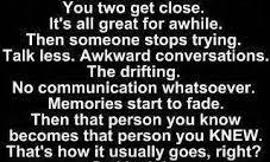 For some people out there don't know, but if you do you should comment down b...
7 / 0 by Oshsee

Hi, I'm new here and wondering if anyone would like to give me tips while I'm on here? If anyone does, please don't be shy 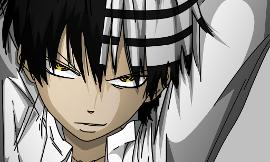 Who would maybe want a Death the kid x reader?

what made you pick your username?

How would you describe your best friend?

What would you do if a yandere was after you?

Whats the scariest nightmare you've ever had?

What is your favorite anime? (8)

What would you do if you were paralyzed?