Chenj999 published on May 07, 2016
7 quizzes1 story3 questions8 polls
Be the first to add this question to starred list!
▼Scroll down for more questions▼

Wolfgirl564
Name: Cinderwing
Age: 35 moons
Gender: She-cat
Appearance: Dark gray with white paws and a white tail tip, blue eyes
Rank: Deputy
Personality: friendly, reliable, loyal
Backstory: cinderkit was grooming her fur today was a special day, her apprentice ceremony. She was nervous to find out who her mentor was going to be "Let all cats old enough to catch their own prey gather beneath the Highrock for a clan meeting." She heard Bluestar call from the Highrock. "Cinderkit, you have See More▼ reached six moons and it is time for you to become an apprentice" bluestar meowed "from this moment on until you receive your warrior name you shall be known as Cinderpaw your mentor will be mousefur" "Cinderpaw! Cinderpaw! Cinderpaw!" The clan called. Cinderpaw looked around. I'm finally an apprentice! She thought.

Ok so it was a little long sorry
reply

Chenj999
thanks! I'll use her as the deputy!
reply

Hanna
Name: SnowStorm
Age: 78 moons
Gender: she-cat
Appearance: snow-white fur and light blue eyes
Rank: warrior
Personality: shy and loyal
and i dont have a backstory to her yet but she is free to use and she is half clan Shadowclan and windclan :P
reply
on May 10, 2017
Report
Answer Link
↑
1
↓

One of my OC's (please give credit!)
Name: Hazelbird
Age: Young warrior See More▼
Gender: She-cat
Appearance: Light grey with darker grey spots and blue eyes
Rank: Warrior (no desire to be leader)
Personality: Optimistic
Backstory: Hazelkit was very close to her father, Oliver (do not need to to mention him) and her mother was Troutleap (nor her, but optional for all) and her sister was Tigerkit (Again, optional.) Her kit life was peaceful, playing games with her family. When apprenticed, her mentor did not teach her much but she got experience by watching the others closely, especially her sister. When she became a warrior, she began to witness her clan falling apart. Her leader began to lose hope and had an ambitious deputy. Everyone started arguing, even the medicine cat. But Hazelbird stayed happy, desperate to fix her clan again.

Frostgoddess
Name: Grasseye
Age (optional): 35-40 moons
Gender: she-cat
Appearance: One blind eye(not a war scar or anything, just poked her eye on a thorn as a kit), the other eye is a light grassy green(hence her name), dark silver tabby, short fur, white locket and front paw
Rank (optional): respected(maybe, your choice, ultimately) warrior
Personality (optional, but very much suggested): Acts serious, stern, and snappy around most younger cats(except very young kits). Easily annoyed by See More▼ older cats, but she usually controls herself around them because she highly values wisdom. However, despite all this, she is actually insecure about her disability and will practically rip the ears off of anyone who sneaks up on her from her blind side(she has only actually done it maybe once or twice, when she was an apprentice/young warrior, but she got in huge trouble for it and has now learned to restrain herself enough to keep from doing it again). Around camp and on patrol, she appears cool and collected. She has a soft side for young kittens and has been caught playing with them on many occasions, though she doesn't like to admit it because she wants to keep up her serious reputation.
(commenting backstory. Qfeast rules again)
reply

Frostgoddess
Backstory (optional):
She was born into the clan nothing special. She had a stillborn littermate, but other than that, she was an only child. When she was a little older than 5 moons, she was playing with one of the other kits she had grown up with by some thorny bushes. She pounced at him/her, missed, and fell into the thorns, one of them getting into her eye. See More▼ The other kit had run to get help while she twisted around in the thorns, crying and making her wound worse. They managed to avoid any infection or complications other than the loss of her sight in that eye. Despite this, she was still determined to be a warrior, and was made an apprentice on time. (dangit! Qfeast rules!) (part 1)
reply

Frostgoddess
I created the character just now. (I've made a lot of Warrior cats characters, it was one of my first fandoms)
Thanks. :3
I hadn't thought of that. OoO *high five*
Get where, exactly?
reply
on May 08, 2016
Report

Chenj999
that's a really detailed description- is that your dream character or just a favorite or something?
so cool
also its ironic that hollowkit went into a "hollow" badger den?
Also, how did u get here? I only know how to comment on the normal page.
reply
on May 08, 2016
Report

Frostgoddess
(part 2. There, done)
She trained hard and learned to come over her half blindedness, becoming a skilled warrior. When she was maybe 22 moons old, she became mates with a tom in the clan. They had three kits in late Autumn: Maplekit(shecat), Pinekit(shecat), and Hollowkit(tom). Two of them(pine and maple) died of greencough that winter. Hollowkit grew to be a See More▼ few days away from being apprenticed when he got ahead of himself and snuck out of camp with an apprentice friend of his, ultimately resulting in him exploring a badger den that then collapsed on him, killing him. Grasseye and her mate(you can choose/make whom) have not wanted to have anymore kits after them. Despite this, Grasseye still has a deep affection for young kits, especially ones around the age Maplekit and Pinekit were(around 3 moons).
reply
on May 08, 2016
Report
on May 08, 2016
Report
on May 08, 2016
Report
Answer Link
↑
1
↓

ThreeBirds
Name: Phoenixtail
Age: Fairly young (can be changed to be more specific, if you want)
Gender: Male
Appearance: A bright, almost neon, orange tabby cat
Rank: Warrior
Personality: Very confident, however when threatened they become cowardly. They try to make friends, and are an ambivert (an ambivert is a mix between introvert and extrovert). They are mostly intelligent, and narcissistic. They usually mean no harm, though, and can take a hit or two.
Backstory: Phoenixtail come from See More▼ a long line of great warriors, and is expected to be as well. Luckily, because of their confidence in themself, they don't feel too much pressure. Being the oldest of his two other siblings, they see themself to be a leader. (I hope you enjoyed this).
reply
on May 11, 2017
Report
Answer Link
↑
0
↓

iFunTheSlyOne
Name: Meownie
Age: 5 moons
Gender: she kitty
Appearance: Black tabby, blue eyes.
Rank: Warrior's kitten
Personality: Fun, brings light, but knows when to be serious
Backstory: Abandoned on the side of the street near a bakery. The rest is unknown.
reply
on May 09, 2016
Report
Subscribe

Why is Mario Kart used in every fluff fanfic ever?

This is a riddle) Easy

I am high in the sky, making things dark to light,you've seen me before, you'...
4 / 1 by CreepypastaFanAndBFF 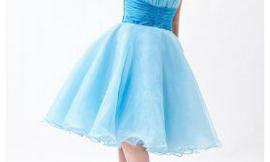 Have you read the choclate box girls by cathy cassidy? 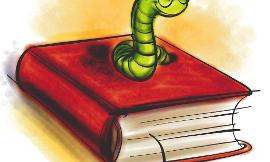 Who Invented the Word Nerd?

Who invented the word "nerd"? I already know, what to see if you do.
3 / 0 by JustYourAverageNerd

What manga/book is your favorite and why? 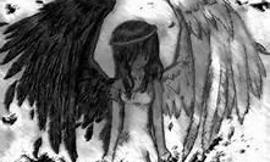 Me: Hia peeps! Just finished the Chapter 3, Angel Emerges!! The next chapter ...
2 / 0 by Celest_Stories

I've been listening to a lot of musical soundtracks, and ...
3 / 3 by GayIrishPanic

What should the warrior names be for the characters of the series I'm writing?