abdelfatahdroesh published on April 15, 2014
12 questions
Be the first to add this question to starred list!
▼Scroll down for more questions▼

hassanelagouz
If you ask: where (is God), this question is about the place, and He is above place and capability because He is the Creator of place. If you say: in, it is for the time and He is before and after time as He is the Creator of time and place, if you say: before, He is before the before and nothing was there before Him, if you say: after, He is after the after and nothing will be there after Him. Every thought comes to your mind has an end and God is different from this because See More▼ He is perfect.

Whoever contemplates how the universe was formed and the laws that run it, the human body and the facts inside it, he will realize that this universe was formed in a way that makes it perfectly suitable for the existence of life and people.
The universe requires accurate adjustment for millions of steady facts and universal phenomena because any defect in those facts won’t allow this universe or live on it to be stable. The natural features of the earth were set accurately to match the requirements of continuity of life and the existence of man. The establishment of the universe and the earth to be suitable for life and man requires that God must be acquainted by the sustenance of His deeds and the continuity of His characteristics in everything inside or around us from God’s innovation and its permanency in life. God is always there by His deeds’ qualities, the facts of His ability and His clear will about everything we see inside or around us, God says:
“Soon will We show them our Signs in the (furthest) regions (of the earth), and in their own souls, until it becomes manifest to them that this is the Truth.” Surat Fosselat, Verse 53.
reply
on April 16, 2014
Report
Answer Link
↑
0
↓

sadlonelykitsune
Well...to be honest...there's different kinds of Gods and goddesses here...if you're Christian, then he would be living in the sky of heaven...if you're the illuminati or more darker than that...then God of Satan or other dark Gods would be in the underworld or somewhere else in a dark place...if you're Buddhism or you pray from different shrines or temples...then they might either live within nature or in one of the shrines and temples as well...but that only depends on which See More▼ religion belief you're in...
reply
on November 12, 2018
Report
Answer Link
↑
0
↓

edgymemesfordepressedteens
in my basement
reply
on September 05, 2018
Report
Answer Link
↑
0
↓

Redpandaddaj
God is everywhere all the time. He is also inside us. You can know he's there by Christian's actions. We are never alone
reply
on December 05, 2016
Report
Answer Link
↑
0
↓

vive_la_revolution
God lives in Heaven, but He is everywhere. When you accept Him as your Saviour, He comes to live in your heart.
reply
on February 16, 2015
Report
Answer Link
↑
0
↓

BobbyTheMob
God makes our world and when it is time to pass. He is heaven so when you are dead if you lived your life well your soul go's to heaven and if it was not liven well you'll go to hell
reply
on July 15, 2014
Report
Answer Link
↑
0
↓

RosenEliza
God, is in heaven.
And he is with you.
It is very hard to understand that!
God is in heaven, but his spirit is in your heart.
The Holy Spirit will always be with you in your heart as long as you believe.
reply
on July 08, 2014
Report
Answer Link
↑
0
↓

Eldorsincatlover
God is in Heaven, he has prepared a place for you so u can be with him :) God at the same times is with u always.
reply
on May 06, 2014
Report
Answer Link
↑
0
↓

Are the parents always to blame?

For the actions of their children.
2 / 2 by Veiled

What is the difference between a psychopath and a sociopath?

They sound the same to me but I know nothing about psychology or sociology.
4 / 0 by Tornado1619

Why Do They (The Popular Girls) Socialize With Me?

Okay, I'm not trying to offend anyone here, but I"m really annoyed and confus...
1 / 0 by Reploid_Zero

I got religiously harassed by my classmates

I don't know why people feel they need to push their religious beliefs onto o...
7 / 4 by TinyOtaku 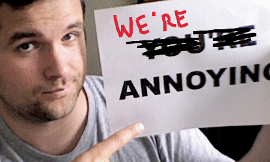 Is it Okay to Be Annoying?

I'm a very annoying person to a lot people. But people say it's "wrong". Tell...
9 / 4 by MysticalScribbles

What are your thoughts on group projects?

Personally, I dislike them. There's almost always at least one person slackin...
3 / 3 by ThreeBirds

Does everyone you know dream about you?

I was wondering - I'm not talking about people you know but haven't seen in a...
7 / 3 by Kayleeee

so i got this beautiful blue betta and his name is bowie and i got him three marimo moss balls to go in his tank. it is a 5 gal filtered tank. problem is i didn’t read up on the nitrogen cycle beforehand, a process that’s sup...
0 / 0 by silly.goose

So this is for the yanderes out there. :)
2 / 0 by MyInnerYandereIsAyanoAishi