Tornado1619 (Lieutenant Crazy) published on October 16, 2012
18 quizzes6 stories16 questions
Be the first to add this question to starred list!
▼Scroll down for more questions▼

Metalskull86
Pluto is a dog made by Disney.
reply

brandona2001
Yea i mean they found a planet bigger then pluto and you think they should call pluto a planet. This is why.Most of us grew up with the conventional definition of a planet as a body that orbits a star, shines by reflecting the star's light and is larger than an asteroid. Although the definition may not have been very precise, it clearly categorized the bodies we knew at the time. In the 1990s, however, a remarkable series of discoveries made it untenable. Beyond the orbit of Neptune, See More▼ astronomers found hundreds of icy worlds, some quite large, occupying a doughnut-shaped region called the Kuiper belt. Around scores of other stars, they found other planets, many of whose orbits look nothing like those in our solar system. They discovered brown dwarfs, which blur the distinction between planet and star. And they found planetlike objects drifting alone in the darkness of interstellar space.

These findings ignited a debate about what a planet really is and led to the decision last August by the International Ast
reply
on October 16, 2012
Report
Answer Link
↑
2
↓

brandona2001
This is not just a debate about words. The question is an important one scientifically. The new definition of a planet reflects advances in our understanding of the architecture of our solar system and others. These systems formed by accretion within rotating disks: small grains clump together to form bigger ones, which draw themselves together to form still bigger ones, and so on. This process eventually produces a small number of massive bodies--the planets--and a large number See More▼ of much smaller bodies--the asteroids and comets, which represent the debris left over from planet formation. In short, "planet" is not an arbitrary category but an objective class of celestial bodies.
reply
on October 16, 2012
Report
Answer Link
↑
0
↓

Veiled
NASA: "Pluto is a dwarf planet. A dwarf planet travels around, or orbits, the sun just like other planets. But it is much smaller. Clyde Tombaugh discovered Pluto in 1930."
reply
on December 28, 2016
Report
Answer Link
↑
0
↓

Bookworm10
Of course it's a planet if anyone doesn't think so I'll bitch slap them kindly
reply
on December 27, 2016
Report
Answer Link
↑
0
↓

All_hail_Melon_King
It's a small planet with a dirty orbit. We found something that might PROOVE the Pluto survived it's past.
reply
on December 25, 2016
Report
Answer Link
↑
0
↓

thatsssanicequizzzyouhavethere
Pluto is a dwarf planet not a proper planet in our solar system
reply
on May 16, 2013
Report
Answer Link
↑
0
↓

BackToHumans
It is definitely a dwarf planet. It's too small to be a normal planet and scientists have agreed that it is a dwarf planet.
reply
on October 16, 2012
Report
Answer Link
↑
-2
↓

Gothgirlemolover
no it's not
reply
on July 28, 2013
Report
Subscribe

Which subject (school) are you most struggling right now?

Also, what specific class is it? For me, science has never been a hard subjec...
4 / 1 by magicalmonique 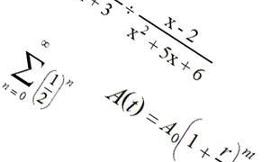 What are your thoughts on subjects unnecessary for life forced to be taught?

When I mean "subjects mandatory", I mean such as Algebra, some of Science, et...
2 / 2 by BlueTurkey 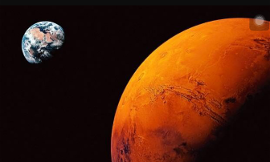 Orion will blast off in 2033 hopefully NASA will get there first.
1 / 0 by All_hail_Melon_King 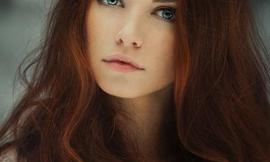 When do you go back to school?

Ideas for a Science project?

when people cry, why do tears come out? 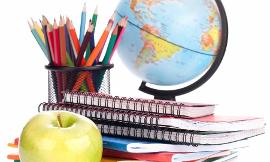 Homeschool or Public School? Why?

I'm a homeschooler. I think homeschooling is a good idea, but I wanted to kno...
12 / 5 by vive_la_revolution

Does Etihad fly to Dubai?

How do I speak to someone at Vueling?

What is Online Reputation Management & Why is it Important?

The process of supervising and reacting to the conversations about your business or brand is called Online Reputation management. Online reputation management software allows companies to monitor users' online reviews and promo...
0 / 0 by Ruhi05

How can I speak to an agent at United Airlines?

POV: You've created a new gaming platform. Whether it be similar to steam or minecraft, to whatever. What platform would you have made?
2 / 2 by GhostyToesty

How do I speak to a person at Turkish Airlines?

POV: You wake up at your funeral, to anyone who's attended staring at you with utter shock. You can say from 2 words to three sentences something before collapsing for a final time. What do you say? Me: I'd stare at the guests...
4 / 8 by GhostyToesty

Mamacita please drop a good bands / artists to listen to

How did you guys find your art style?

Literally I feel my art is at it's most basic style and I dunno how to change it ughhh I just kinda wanna change my style to be different and like-- Feeling some slight imposter syndrome when it comes to doing the art thing; ...
3 / 6 by Dimensional.Jester

How can I check my flight reservation?

What is tour favorite subject?

How do I claim compensation on KLM?

Other Questions from Tornado1619

What Is Your Favorite Video Game

How Do I Get/Make A Slender Man Halloween Costune

If You Had 1Million Dollars What Would You Do

What is the difference between a psychopath and a sociopath?

Has Anyone Heard The iNSaNiTY Song ?

If You Could Control One Element What Would It Be

If You Could A SUPER POWER What You Choose