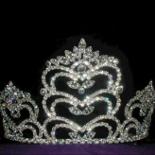 Gisselle
Thanks for entering!
reply
Subscribe
on September 10, 2013
Report

directioner.horan
The second place winner is kearahodge01 because of her honesty.
reply
Subscribe
on September 10, 2013
Report

Gisselle
Sorry for not saying this earlier but here's the winner... Beauty784
She won because she got a lot of votes, she was honest about herself and because she is a good qfeast citizen. So, congratulations to Beauty 784!
reply
Subscribe
on September 10, 2013
Report

Gisselle
I made the question where you guys can vote. Hurry!!! voting ends July 31
reply
Subscribe
on June 25, 2013
Report

directioner.horan
Gisselle I emailed you whe r we going 2 choose the results....Beauty784 I saw yours.
reply
Subscribe
on June 17, 2013
Report

Beauty784
Giselle, the people that wrote their entries at the bottom of the page can't be viewed. I think this could be a question where you post the summary there and whoever gets the most 'thumbs up' wins. IDK. But my entry isn't here! :(( And now no one can read it!
reply

Gisselle
Okay, guys. It's time to vote. To vote for your favorite entry message me their username. You can vote up to 10 times, or you can email me your votes to:
gissellehurtado12345@yahoo.com
Subject is: Voting
***
Results will be posted next week. You can vote fir yourself ONCE.
reply

xKearax
Okay, I'm probably not really that pretty, but I'll tell you a little bit about me.
.I have fair brown hair which is really thick and when it gets straightened, after one day, it goes bouncy and wavy again, so in other words, sometimes it's nice, sometimes it's not :/ it also gets some light brown highlights in the Summer
.I have light green eyes that turn bluey green in the Summer as well, it really annoys me
.I am pretty tall
.I love drawing; I guess I'm alright at it, but I See More▼ love it and that's all that matters xD
.I LOVE writing stories, it's a hobby of mine and I've written so many that I can hardly say cupcakes are turtles without imagination like a bowling pin- don't read that again, because I did say it xD
.I love dancing and I know lots of dances
.I enjoy singing :)
.May I also mention that I write songs; it comes naturally when I get ideas
.I'm obsessed with dogs! I love Siberian Huskies, Alsatians, Samoyeds, Australian Shepherds, Blue Merle Collies, Schnoodles, American Shepherds, Alaskan Malamutes, Newfies, Great Danes, Border Collies- well, you get the point, I'm an ultimate dog lover :D
.I have a fat Bombay cat called Kaspar AKA King of Fat Cats
.I also have a younger Tabby cat called Mog
.I have a beloved Schnoodle dog called Benny Boy, but sometimes, we just call him Ben :)
.I love baking; Brownies, Peanutbutter Brownies, Chocolate Brownies, Blondies (white chocolate Brownies) And anything from there :)
.I love kids and although I don't have many friends, I enjoy having there company :)
.I love music, but not TOO modern, because some of it sadly isn't my cuppa tea :/ But I love Emeli Sande, old music, and I really don't like 1D and JB :/ Or rapping, but I'm friends with Directioners and Beliebers :) So my taste in music doesn't affect my friendship for example; Kellygirl2, Beauty784 and Harry.Loves.Me :)
Well, that's all the basic information about me...
May I just ask that we're not judged on how we look? I mean, I don't have bright blue eyes and blonde hair, but does that matter?
Anyway, I wish ev
reply

killedbythesketchbook
I'LL VOTE FOR YOU LOVE YA KEARA <3
on June 09, 2013
Report

That.1.Otaku.Named.Maya
My name is Maya Alia

I have dark brown hair and eyes

I love to dance and read

I'm almost as tall as my brother Moises

and I'm a tomboy
reply

killedbythesketchbook
My name is Josie Thew.

I have straight brown hair and grey eyes.

I'm friends with a awesome girl called MayaDescole123 in real life as well as here.

She's smaller than me- pretty much everyone is :/

Most of the time I wear leggings, a short sleeved top (sometimes with a hoodie) , a green pendant (I made this for myself in France) and some black/purple converse.

I am an EMO, although don't get the wrong idea-emo does not mean that your'e ALWAYS depressed,just See More▼ some of the time.

I would really like to be MissQFeast because I don't really get noticed that much :/

I am a huge fan of writing stories, and my favourite book is a teen werewolf novel called Shiver (sorry guys, not a big fan of Twilight :/)

My hobbies include: Horse riding, checking my emails, going to theatre school, being on QFeast, and cuddling my gorgeous cat. I also like to read a lot, and I mean A LOT :).

Thanks for reading :)
reply

killedbythesketchbook
Love and hugs to everyone who voted for me :)
on June 09, 2013
Report

killedbythesketchbook
Aaw thanks ^w^
on May 07, 2013
Report

catesonskates
This should be a question so people can up and down vote.
reply

Gisselle
I'm the judge along with:
my cousin: Kanaranzy
&
My friend: directioner.horan
*** See More▼
Anyone else want to be a judge?
on May 08, 2013
Report

Nobody.07
... good point... i don't understand the point of this anyways. and i doubt many people will down vote. Most of them will up vote everyones.
on May 07, 2013
Report

kellygirl2
I love dogs.
I have blonde curly hair and blue eyes.
I am friends with kearahodge01 in real life.
I am smaller than her though.
I wear converse and dresses and tights mostly.
I would love to be miss qfeast 2013!
Make a new one every year!
reply

Greater_Dog
If you think I'm a boy, you're w.r.o.n.g. I'm a girl. But I act like a boy sometimes.
My favorite singer is Michael Jackson
My Bff's are Twilight (Princess Twilight) Darby pegasister, Zoidberg, Dragonfiregirl101 and...Omg! Too much friends!
My hobbies are drawing, napping, listening to old school all day and playing the drums, harmonicas and Keyboard!
I'm a dragon though a male dragon, but a girl also in real life!

XXXbatmanXXX
am I your friend spike the names rarity
on May 07, 2013
Report

Idiot_Killjoy
Hello marvelous users of Qfeast!!! I am IceCat!!! But please, call me Zoe!! =] a little bit about me..hmm...well, I LOOOVE music!! I would die without it!! My favorite band is The Offspring, a punk rock band. I also LOOVE cats and Minecraft. My friends off the computer are, Sasha, the diva, Xena, the 'grumpy' one XD. Tiger, the funny one, and ME, the brains of the operation!! My friends on the computer are, LexiCha, HellRaiserPrincess,Catesonskates, Beautz, Harry.Loves.Me, and See More▼ many many more!! I love all kinds of animals and hope to be president one day. When I start something, I finish it. I think everybody should be treated equally and I just wish the world would end this rising, falling, rage, and grace. Its to much. I would love for everything to be at peace. Another thing about me is, I don't go with the flow. I have my OWN style and am proud of it. I love the color aquamarine and water, swimming, and everything like that I just love. My friends and I love to sing and dance even though were not the best at it XD well, Sasha actually unbelievably good!! XD Well, anyway, thank you for taking the time to read my short summary about myself. I would very much like to be Miss Qfeast. Thank you and have a nice day friends!!!
reply

Beauty784
Hiya, this is Beauty784 but please call me Bea, Beautz, Beauty, Niné, Niny, Nine, etc. I love dogs and I have a puppy called Keara. She means the world to me and I love taking care of animals. I love laughing and messing about and my friends think I'm strange. :P LOL. I have a passion for writing and computers. I prefer to be called a geek, NOT a nerd. (But I'll still be friends with nerds). My fave colour is pink and I'm on a scale to one to ten girly, am I five. I'm 25% tomboy, See More▼ 25% girly and 50% ME. I want people to be real around me and I don't like people who show off. I LOVE swimming and hockey. Ice-skating is fun too! I want to put an end to bullying and hating. I just want to make a difference somehow. My dream job is something to do with Techy-stuff or writing. I could do both though! I'm very loyal and when someone's down, I make sure to turn that frown upside down. (; Yeah, I'm dorky like that. I love to chat and I think I'm labelled as a chatter-box. I love 1D and my fave guy is NIALL ALL THE WAY! xD I love singing and dancing too! Oh yeah, that's all, byeeee!
reply

a little about me.

Used to have a lot pets

I love my BFFs catesonkates beauty784 directioner.styles and many more

I grew up in the city and country but ima country girl.
reply

catesonskates
Hello, this is catesonskates.
a little about me.
I am eleven years old.
I love to sing country music.
I adore my pets( dog and betta fish)
My BFFs on here is chaos, beauty784, and so many others!
I love taylor swift, and the band perry. See More▼
I love to write songs, if you would like to see them go to some of my songs page.
I would like to be miss qfeast.
reply