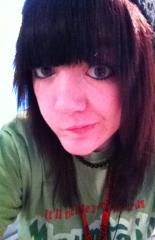 1quiz2stories167 followers31 following
Hi guys!
Im sixteen years old female, obvisouly(;
i dont hate on anyone or anything(: See More▼
Im bi.
I love Edgar Allan Poe! Im fun to be around and to talk too. Everyone saids that im odd but an amazing friend to have. i guess its true... lol

alyssa.tranccy
I love this season because of alois at first I was upset because I thought they replaced ciel and bassy but I knew that could never happen:p
on September 16, 2013
Report

EMOtionalGirl
Hey guys!
Omg I'm so sorry I haven't been on here at all lately.... I had school finals and everything.
reply
Subscribe
on June 04, 2013
Report

Avalon's sister...?!
Avalon was sitting on her bed with Devon, just holding her as her sobs rocked the room. It just hit her that Lyranna had left and she didnt realize it would hurt so much. Avalon heard Devon sigh and lean down to kiss her head, carefully. Avalon moved at the last second and kissed Devon on the lips. Devon smiled slightly and wrapped his arms around her.

A while later, Avalon untangled herself from Devon's arms and smiled as she remebered thier makeout session, thier first one. She gig...Read Full Chapter
on April 02, 2013 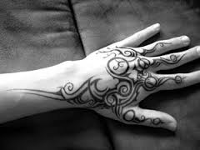 Tattoo for Sky..?!
"Sky? Sky?" Dusk asked impatiently as his darling lady smiled mischivously as she picked out her tattoo. Dusk thought it was a bad idea, even though he had several tattoos himself. Although the twins thought it was an excellent idea.


"This one." Sky said after awhile. Dusk looked it over and sighed. He knew he couldnt stop her. The twins jumped in joy and glee. 'Traitors' Dusk thought to himself.


Sky went up to the tattoo stylist and asked for the one she wanted but on b...Read Full Chapter
on April 02, 2013

A New Killer Is Born

Ashley Voorhees is the daughter of the well known killer, Jason Voorhees. She is a ten year old girl who is following in her daddy's footsteps to be the next killer in line. As she gets older, her nightmares are getting worse, ...
1656 reads 145 readers 114 by HellRaiserPrincess
on April 01, 2013

As I promised the Harry Potter fanfic. Hope you guys like it. A/N: I don't own any of the characters. All rights are with the respected author Stephenie Meyer
23 reads 14 readers 11 by twilightfan
on March 26, 2013

EMOtionalGirl
I just realized how much longer my hair is now..... i mean its not much longer but its still longer... lol
and now im talking to myself....... 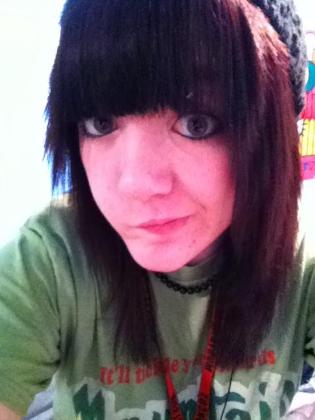 EMOtionalGirl
Well guys, i had a pretty good spring break although im grounded from contacts until i get my new ones in... so im wearing my Harry Potter type glasses and rocking them(: (i hope)

I am trying to get some of my pictures up but its alittle harder than i thought....
reply

Sadly i wont be on for about a week. I have spring break and apparently i have to go to see family and its going to be a Technology free week. /sigh

I love you guys! talk to you when i get back!
reply

EMOtionalGirl at Anime/Manga club
Well im slowly working my way through Black Butler finally(: lol i dont know why i havent really got into it before now.
reply

EMOtionalGirl
im SLOWLY working through it bc my parents hate anime/manga..... i dont know why so i keep it on the down low.
on March 28, 2013
Report 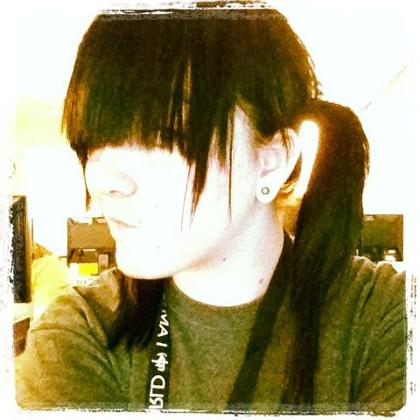 EMOtionalGirl has become a member of the page

This club is for people who love anime/manga like boy prince, loveless, shugo chara, black butler, etc,. I hope you like this and yes you may talk about anime and manga's. enjoy ^^
10 subscribers 11 members profile pageby XxChristoferDrewsWifexX
on March 13, 2013

Rawr! New guy on the block.
Sky and Dusk walked to school linked together, laughing over some joke the Twins were telling. The Twins loved telling jokes, it was funny and awsome to them. Although Sky was the one to pull pranks. Dusk just stood back and watched. Revelling in the shocked faces of the poor victums.

"Sky! Watch out!!!" The Twins yelled at her, somone was skateboarding and had runned into Sky. She was alright, just a little knocked off her feet. Dusk swooped down to pick her up and made sure she was ...Read Full Chapter
on February 28, 2013

leprechuan24 to EMOtionalGirl
long time no talk!! wat up!!
reply

EMOtionalGirl
How do you get more pictures up.....????? it wont let me upload anymore pics
reply

EMOtionalGirl
i know im going through and deleting some to add more later
on February 20, 2013
Report

Read Mysterious Bennidect Society Now!
http://www.qfeast.com/page/139/Read-Mysterious-Bennidect-Society-Now
Trust me, this book is better than Harry Potter. Only it's not as popular!! The only problem is that it has a slow beginning.
reply