This is a P.O.V story, about how the animatronics REALLY felt during the Bite of'87, and how they reacted after the event took place. It is NOT CANON.

I was bored. I loved being famous to the kids, yet it got a little... Predictable after a while. It was not fun singing the same songs we've known since the tragedy. All I remember was the knife in his hand and the screams as he stuffed us into our suits.
Eventually, my bordem reached it's limit, and I lost my sanity. I wondered what it would be like to kill the guy who watched us at night. I knew that murder wouldn't be our best bet, so I went with the concept of Jump-'Scaring. He would be terrified of our screams, the souls of the children. It was fun killing the guard, but soon the guard wasn't enough.
One night, I planned the act of murder that would top them all. I convinced the other robots, Chica, Foxy, and Bonnie to be my proxys. They agreed. We decided to kill the guard once more before our devilish plan took place.
The next day, we did it. My proxys chose a random kid, and brought him to Me. His head fit perfectly into my mouth. My mechanical jaw freaked as I bit down. The sounds of his screams and cracking bone filled the room. I tasted his blood. Thick and metallic. He was limp and lifeless in my mouth. My proxys took him out and lay him on the floor. The staff came running. They had heard the screams. The child was rushed to the hospital, while my animatronic friends and I were locked away.
It was dark and dusty. Poor little souls that were taken from their bodies by a heartless, psycho, purple murderer. It wasn't our fault. We were once innocent children, but then Purple Guy had to do that.
We were.left to decay. Our metal parts rusted, and wires ripped. No-one to play with except ourselves. All alone in the dark, although we were all together. We were just robots, bored with our lives and taken from our hopes and dreams. We were Just kids. Kids with dreams. Kids with parents. Kids with family. Now we were just robots who had done something horrible.. Our hopes were crushed and our families torn apart. We never knew that under that robot-bear mask was such a heartless freak. Purple Guy. The one who stole our lives.
Join Qfeast to read the entire story!
Sign In. It is absolutely free!
5.0
Please Rate:
5.0 out of 5 from 3 users

FuntimeFoxy1181
I loved it. It is a good story but soooooooooooo sad! ?
reply

xxgraffitigirl14xx
omg that was awesome
reply 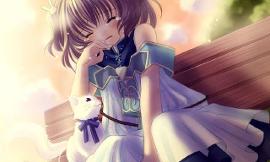 One the worst experiences of my life

So i nearly left qfeast for a few months (posted a message a few days ago but...
48 reads 44 readers 14 by Akane 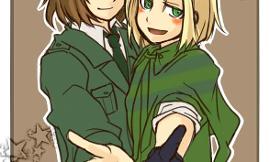 Lithuania has gotten into a habit of letting other nations push him around. P...
14 reads 10 readers 0 by BackToHumans 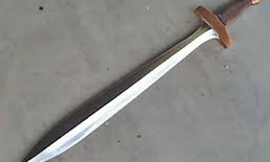 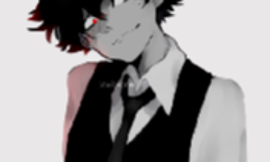 “I deserve you,” his words were so quiet they were almost inaudible. They sho...
37 reads 20 readers 0 by Yoinkyoit 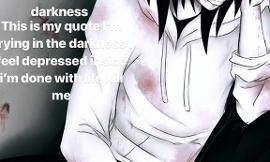 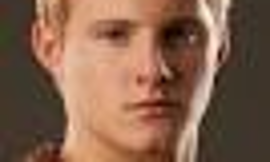 love without the games

Cato and reader fan fiction. me and Cato have been together for a long time a...
8 reads 7 readers 0 by RHIANNON1234

The Ultimate Guide to Mary Sues

Finally Over .:A CanaxSonata fic:.

Elegy of a Twilit World

Random Things To Do when you are Bored

The True Story of Aflac the Duck