My sister keeps begging me to make a story about Charlotte... So looks like im making Charlie's origin... Or something... I suck at writing heh heh... But hey enjoy I guess ... 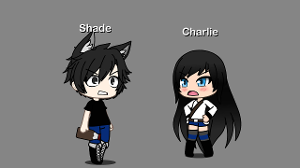 Charlie woke up one summer morning to see the normal sight of her bedroom. She looked around her pale blue eyes scanned the room. She sat up and groaned. Her back hurt as if it was being sliced open. She got up and went to the bathroom.
She took her shirt off and turned around in front of a mirror and glanced back. Long gashes were in her back from where leather had hit. She sighed and pulled her shirt over her head again. "I can't believe Dad did this again... For the fourth time this month..." She said to nobody. She walked out of the bathroom and went down to the kitchen. Her Dad stood there holding a bottle of... Beer was it? It doesn't matter Charlie knew it was alcohol. She went to the fridge and took out a brown paper bag she had made the night before. Before she walked out she heard her father growl "Where the hell are you going Jamie" She looked to him a gaze full of hate. "To school Father" then she mumbled. "Don't call me that name again..." Her Dad walked over to her. "What did I say about the mumbling Jamie" He then slapped her across the face. Charlie's face stung from the impact. "I'm going to school and Don't call me that name!" She said a bit louder acting braver than she really was.
Her dad gave her a look of distain and her pushed Charlie against the wall. "Then what am I supposed to call you?" He growled. Charlie attempted to push him away but she was too weak "Anything but Jamie" Jamie was once her mother's name before... Before the accident. Knowing she had her mother's name made her heart sting with anger. "Call me Charlie" her dad was mad now.
"What the hell kind of name is that for a gir!?!" He spat at her. Pushing her harder than before. "Dad! LET ME GO" A sudden rush of energy courses through her and she pushed him away. This was the strongest she had ever been.... She races out the house leaving behind her bag. "I can't go to school like this... I need to go back..." A deep voice from in her mind said. "You can just kill your dad Jamie dear" the voice gave her shivers. "I c-can't" she told it. It responded with a "Why not?" She knew if she did she would get arrested or worse. "I just can't do it!" She said. "Well what if I said you could... I dunno escape if you did so my dear..." Her eyes grew wide. "We're done here" she said and the voice stopped completely. "There is no escape from this world... Even if there was... I'll get killed" and with that she walked to school.
Join Qfeast to read the entire story!
Sign In. It is absolutely free!
4.0
Please Rate:
4.0 out of 5 from 4 users

Queenofshadows
Charlie: this makes no sense
I know ....
reply
Report
on July 25, 2019
Subscribe 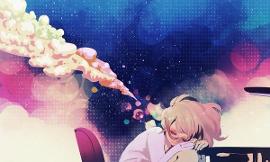 This is about a girl(based on me) who starts dreaming almost evrey night,and ...
12 reads 9 readers 1 by ZodiacAnimeFreak 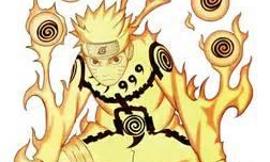 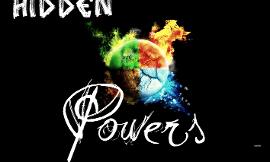 Jaxon is his nickname, his real name is Jax. He is able to control air, but h...
25 reads 8 readers 3 by LunarMn 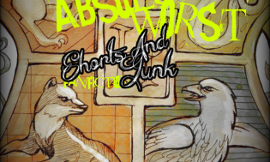 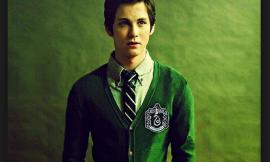 This is the story of my quiz character Josh Calmwood! Hope you enjoy it since...
20 reads 3 readers 1 by SlytherinSnake 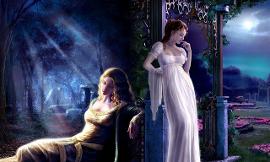 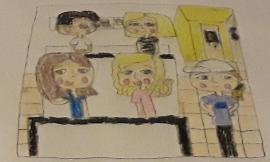 This is a sequel to the previous story "Maraya's Big Dream" that I wrote last...
8 reads 4 readers 0 by maraya