OK, this is not my story. It is by Mythical Rhink on Deviantart. Anyways, this is a Rhink (RhettXLink) Fan fiction. Over The Holidays, Rhett and Link decide to let their kids hang out, but they go to two cabins in the mountains, where they get snowed in.

This a Fanfic Written by Mythical Rhink on DeviantArt
Title: Turn To Me
Link called Rhett the day after Christmas. It was the first time they had spoken since the self-imposed “radio silence” of no phone use for the Buick promotion, and it was surprisingly good to hear the sound of Link’s voice. He was calling to invite the McLaughlins over to his mother’s house for dinner that night. It was an unusual request, given that they traditionally used the Christmas break to enjoy some time apart from each other, but Link explained that the Neal kids were clamoring to see Locke and Shep, and he thought it would be a nice surprise for them.

After consulting with Jessie and evaluating his own feelings about seeing Link, Rhett agreed. He admitted to himself that he was feeling a bit of withdrawal from his friend — it was always disorienting when they were apart for so long, but they had convinced themselves it was good for their friendship to take a break every year. He was relieved that Link had been the one to suggest a change in tradition.

That evening, Rhett parked their rental car in Link’s mother’s driveway and grabbed the bag of gifts for the kids as Jessie got Locke and Shepherd out of the car. When he got to the front door, he knocked and opened it without waiting for a response, shouting a cheery “Merry Christmas!” as he stepped through.

Link’s answer came from somewhere further inside the house. “Hey! Merry Christmas!” The place smelled of delicious food, cinnamon and pine. It was warm and inviting after the wet snow outside, and Rhett grinned as he ushered his family in and closed the door. Happy squeals came from Lincoln and Lily as they recognized the voices in the foyer and ran toward the door. Rhett’s family stomped the snow off their boots and began taking them off as Link rounded the corner, Lando on his hip, the other two kids close behind.

“Hi everyone. Welcome, welcome.” Link ruffled each boy’s hair and kissed Jessie on the cheek. Lando clung to him as he stepped up next to Rhett and squeezed his ribs in a side-hug, grinning up at him. “Hey man, long time no see.”

Rhett put his arm around Link’s shoulders and returned the side-hug, jostling the smaller man with his enthusiasm. “Hey, Link. Hey, Lando.” The little boy turned a sleepy face into Link’s chest. Lincoln and Lily hugged everyone hello and began speaking excitedly to Locke and Shep.

Link dropped his arm from Rhett’s waist and turned to everyone. “You can toss your coats in the guest room and come on into the den.” He headed in the direction of the room in question. Rhett grabbed everyone’s coats and deposited them as instructed, then ushered all of the kids into the large room at the end of the hallway.

The den had a large sectional couch along two walls. Christy was sitting on one end of the couch, shortly joined by Lily. Lincoln flopped onto the other half of the couch next to Link’s mother and stepfather. The remaining wall contained a fireplace with a cheerfully roaring fire, and a beautifully decorated Christmas tree stood in the corner. Locke and Shepherd had just sat down at the foot of the tree where the presents were within easy reach. Jessie was greeting the other people in the room and unloading the gifts they had brought.

Rhett surveyed the happy scene with a wide grin on his face. Seeing their two families together in such a cozy setting made him feel like Christmas had finally arrived. It just wasn’t the same in sunny LA.

The kids opened their presents amidst shouts of glee while the adults made small talk about family gossip and holiday chitchat. When everything was opened that could be opened, Link’s mom called for everyone to move into the dining room for dinner. Christy and Jessie went first, followed by the kids. As Link got to his feet and moved toward the doorway, Rhett was struck by a whim. Before he could really think it through, he said, “Wait up a minute, man.”
Join Qfeast to read the entire story!
Sign In. It is absolutely free!
0.0
Please Rate:
0.0 out of 5 from 0 users 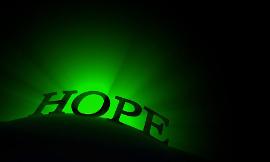 Was it fate that brought you here?

He was a 16 year old boy living in the past.Forced into prostitution by Presi...
36 reads 15 readers 7 by Foxface22 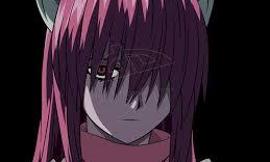 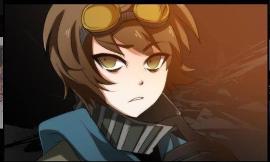 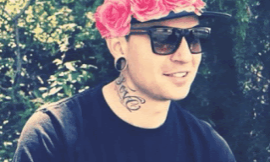 Ciel is preparing for bed until he feels a sharp pain in his back; he has a b...
130 reads 31 readers 12 by gothicskittlescupcake 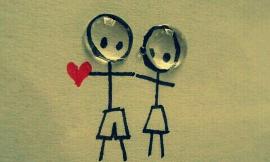 A sad and touching story about love, loss, and friendship. Fifteen year old A...
40 reads 22 readers 4 by cgkittymew 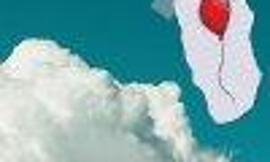 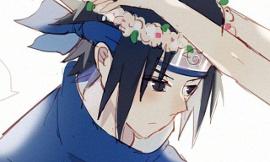 Hey! I had nothing else to do, and everyone that was on the poll wanted this,...
95 reads 40 readers 5 by Mina_Ashido

Elegy of a Twilit World

Dreams from Above (Bassy X Kyuko)

In a Field of Paper Flowers