Draco's POV
i followed the girl in front of me. when did she become so: beautiful, funny and alluring?
she seemed to be heading toward the library, but she must have sensed my eyes on her because she span round and gave me a dirty look.
i was confused, what did i do? oh yeah that!
she entered the library and despite the flashing neon signs spelling 'unwelcome' and 'go away' i proceed to follow her.
hermione's POV
i span round and saw him. i shot him a scowl, what did he want? proberbly nothing good. never is!
i sat at my usual table and extracted some books from my bag.
there he stood smirking, at the foot of the table
he opened his mouth to speak, but i spoke first.
"Malfoy if your here to cause trouble... forget it, go find someone else to annoy." i snapped.
he grinned mock shocked, though he seemed to be taking something in.
draco's POV
i took in her appearance: lush bushy brown hair twisted into a half braid down her back, puppy brown eyes alive and shining,freckles on the bridge of her nose and her pink lips; soft and-
" Honestly Malfoy, ill hex you, and i promise it will hurt."
"Really that wouldn't be anything new would it Granger?" i was enjoying myself rallying her up.
she turned away and began reading
i whipped the book out of her hands, forcing her to look at me.
"has anyone ever told you your beautiful?"
"No,"she admitted flushing,"i mean my parents do, but that's what they're meant to do isn't it?"
"well you are-"
"Not now Malfoy, stop being so ... so... YOU!"
"-beautiful."
hermione's POV
with that he took my face in his hands and kissed me.
spluttering i tried to pull back, but he became more urgent and i gave in. i was kissing the ferret! with my eyes closed!
footsteps broke us apart, and i saw Malfoy's disgruntled face,a nd smiled sadly.
he looked horrified.
he probably got dared to kiss me , i thought
draco's POV
i just kissed a Mudblood!
" wait till my fa-" nope father is not hearing about this!
Granger smiled sadly again, tears brimming in her eyes.
Potter rounded the corner,"hey Hermione-WHATS HE DOING HERE!"
"its not of your business Potter!" i growled
"draco was just leaving. wasn't you?" she hissed
i nodded silently and escaped while i could.
i just kissed a Mudblood. A MUDBLOOD!
but i could no longer deny she was an attractive Mudblood.
Salazar! what was wrong with me?
i liked my lips.
hermione's POV
i watched him leave until i couldn't bare to watch his  back anymore.
"Merlin! what did you do to him hermione? he looked petrified."
" dunno.,"i sighed," but i hope it changes him."
"Unlikely" Harry spat darkly.
i rolled my eyes and reached for my book.
wait no book
i had a feeling id be seeing draco very soon...
Draco's POV
i looked in my hand and saw i still held Granger's book.
i smiled briefly; that girl did love books.
this book was a script by-
" William Shakespeare? Never heard of him!"
it was called Romeo and Juliet and was about a pair if lovers who killed themselves because they're they cant be together because of their famil-
"yeah ,yeah. sounds like two hormonal teenagers to me"
i sat in the corner of the slytherin common room, reading.
before i knew it the common room was empty.
but still i turned the pages.

karris.brown (Karris Brown)
2 quizzes2 stories39 questions4 polls2 pages
Be the first to add this story to favorites
▼Scroll down for more stories▼ 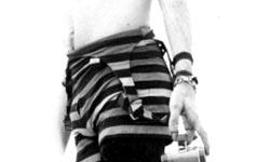 Don't Know What You See In My Negativity

This is REALLY old, so I'm just gonna dump it off here. Ignore the awful qua...
18 reads 5 readers 1 by MistressMansonLaVey 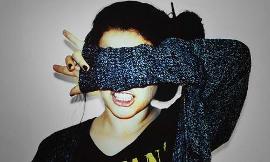 The Only Good Kind Of Trouble

Meet Jaden Antonio Smith. But just call her Jade for short. She's not like mo...
22 reads 10 readers 8 by quizgirl66 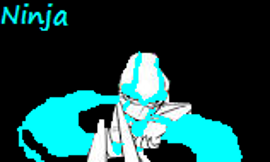 Everything just got huge! A new ninja suddenly came out of nowhere and not on...
382 reads 38 readers 1 by GoHappy

blueberry has stolen Kairi from him and now they are...dating!? sora can't st...
6 reads 2 readers 0 by Kingdom_hearts_kairi 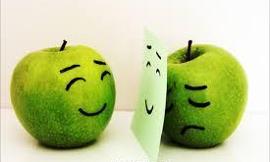 The mist of the rain

you cant create a rainbow without a little rain ― Zion Lee. hope you guys li...
37 reads 17 readers 5 by madison1 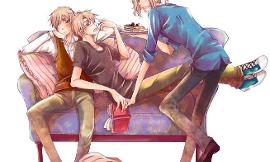 ~FrUkUs~ Francis and Arthur have been dating for almost a year. It's Freshman...
39 reads 15 readers 1 by Raccoons_in_Stilettos 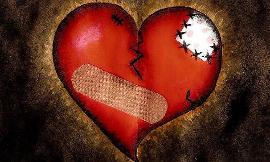