Running, I’m running, I turn around to see what I am running from but, there’s just shadows and darkness. I turn my focus back to running, but I’m going nowhere. Then I feel it, the evil creeping up on me, grabbing, and suffocating me… “Stronger than before when your life becomes a war. SET THE WORLD ON FIRE!!

I jumped up at the sound of my alarm. I was breathing fast, and felt exhausted, like I had actually been running. I got out of bed and got dressed (polyvore.com/cgi/set?id=111856762). Texting Erin asking her if she is ready yet, I grab a granola bar and hop in my truck. Erin said she was riding with Hunter, her boyfriend, to school so I am all by myself today, just me and my music.

Walking through the school fixing to meet my best friend Erin at our lockers.

“Hey Paxton Have you seen the new guy yet?”   Oh dear, what is she up to now?

“Well only because he is like the hottest thing on earth!”

“Oh, really? That’s not possible since Andy Biersack already has that spot, in this universe!”

Erin scoffs and scrunches her nose in disagreement.

“Ok, whatever why don’t you come see for yourself then.” she says as we walk to our classes.


First period, we have Algebra 2. I walk into class and sit in my seat at the back of the classroom. Sitting there doodling in my notebook when the teacher stopped talking. I continued doodling when Ms. Honey says, “Class we have a new student.” Everyone stopped what they were doing and looked up. I looked up and everything stopped. I found myself caught in pools of never ending emerald. Finally I forced myself to look away from his eyes. He was wearing an  Avenged Sevenfold shirt, black jeans and black converse(polyvore.com/alex/set?id=111858497). Oh and the hair, it just highlights those amazingly green eyes. When I looked back at his face, I realized I had been staring. He caught my eyes and smirked then winked. I could feel my face heating up, and I knew it was as red as a tomato.

He started walking towards me, my eyes probably looked like saucers now. He walked past me to the seat behind me. Crap, I thought, I forgot that was the only seat left open in class.

“So you’re a fan of Black Veil Brides, I see.” He said in a smooth, seductive voice.

“Yep.” I said, feeling the heat creeping up my neck again.

“Yeah, they’re a great band.” I said while smiling like an idiot.

“Um, Ms. Greyson, Mr. Apallo, do you have something to share with the class?”


After about 20 more minutes went by the bell rang. The rest of the day flew by. I hadn’t seen Erin all day, she decided she was gonna eat lunch with Hunter today. So I can’t wait to talk to her.

I was walking toward my Chevy pickup(6) when someone tapped on my shoulder. I turned around expecting it to be Erin. But instead I found myself trapped in the emerald pools of his eyes again.

Did I mention that he happen to be in all my classes? So we kinda, have been talking all day.

“Nothing just wanted to know if you wanted a ride home?”

Wow, did he seriously just ask ME this?

Come on brain spit out words!

He was laughing and can I say that was the most amazing sound ever. Aside from Andy Biersack’s amazingly hot voice.

“Oh, uh no thanks I've got my own truck.” I say gesturing toward my truck.

“Ah, I see. Nice truck, what year is it? He ask while walking toward it.

The confusion probably written all over my face.

“Nothing, just the look on your face when you’re concentrating.” Smiling an adorable and sexy smile he chuckles again.

I stay silent, because my mouth won’t work. And I know my face is as red as cherry.

“Mmm bye, I've got to get home.” I say walking quickly toward my truck.

“Bye!” He yells at my retreating figure.

I get in my truck and sit there for a second to catch my breath and let my speeding heart slow down. I pulled out my phone and called Erin. She didn’t answer so she is probably still with Hunter. Driving home I noticed this Harley behind me(encrypted-tbn3.gstatic.com/images?q=tbn:ANd9GcRAs8Bb-3DM3j2-...). ‘Nice bike’ I thought to myself.

Pulling into the driveway to my house I realized that the bike has been following me. I stop my truck halfway down the driveway and looked in the rear view mirror. The guy on the bike slowed to a stop behind me. He lifted his sunglasses and my heart skipped a beat. Relieved, I hopped out of my truck and started walking toward Alex when my dad yelled at me.

“Paxton Ruby Greyson! What the hell are you doin?”

I flinched at the harsh tone in his voice.

“Nothing dad! Just talking to a friend!”

“Well, hurry up, you've got shit to do today no jackassing around.”

“Ugh I hate him,” I mumbled under my breath. Forgetting that Alex was there till I heard him laugh.

“Oh ya, um what’s up with you stalking me to my house?”

“Just making sure you got home safe, that's all.”

I looked at him with a face that said ‘seriously do I look like an idiot?’

He scrunched his nose in disapproval. Oh ya, did I mention that he is just as hot as Andy? And trust me if you hear those words coming from me then the guy is hot with a capital H.

“Cause I know you’re not an idiot.”

“Ok, well if you don’t mind I've got to go see what Hell Hound wants.” I roll my eyes for effect.

“Hell Hound?” He asks with a look of confusion.

“A.k.a my dad.” I scoff and scrunch my nose in disgust.

Alex started walking back to his bike.

I retreated to my truck and threw over my shoulder, ‘Nice bike!’

“Thanks!” He answer while winking.

For some odd reason my stomach did flip-flops.

I got back in my truck and pulled my truck up to the house. Time to go see what Hell Hound wants. Ugh...
Join Qfeast to read the entire story!
Sign In. It is absolutely free!
5.0
Please Rate:
5.0 out of 5 from 1 user

xx_creative_disaster_xx
Aw Thank you guys! If y'all want to read the rest of what I've got you can go follow me on Quotev.com ... or click on the link in my bio @aliyss @crimsonthehedgehog
reply
Report
on May 01, 2014 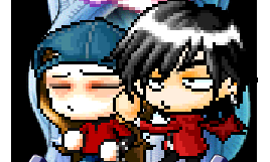 Servant of the devil 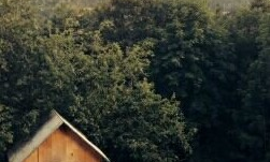 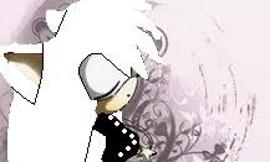 A cat named Flake is about to go on a exciting adventure with the one and onl...
35 reads 7 readers 4 by GoHappy 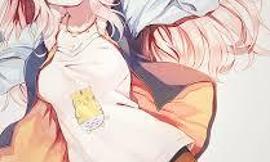 Well, I will not spoil the story by putting a explanation of how it will go.
98 reads 45 readers 24 by Jeweled_Feather 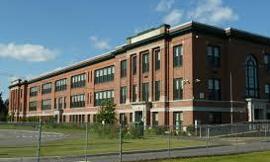 This story is about Issac, the child in middle school who unexpectedly become...
4 reads 2 readers 2 by GoldPing 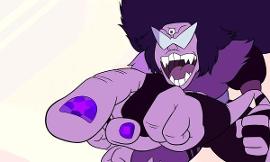 This is a story about Sugilite and how she came to be a fusion it includes ba...
11 reads 5 readers 0 by noneya2021 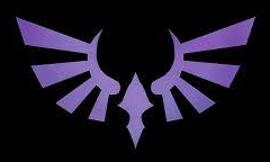 My fanfiction seres comes to Qfeast in this seres we have multiple timelines ...
0 reads 0 readers 0 by anonymous-user-JL4RjH

Eneron finds an unknown attic in his house, searching for something mischeveo...
1 read 1 reader 0 by Aalla29