sodagalactics (☆let the good times roll★) published 16 days ago
3 stories10 questions1 poll16 pages
Be the first to add this question to starred list!
▼Scroll down for more questions▼

yiffart
watch a few conlang critic videos on youtube, he reviews fictional languages for their orthography, realisticness, etc, and gives a lot of information like
-which sounds are the most common
-how sounds develop in certain areas (example, click sounds are unique to africa because it was taboo to say "snake" and other bad spirit's names. so they clicked in the middle of it, like a verbal asterisk, sn*ke, to avoid this)
-why people prefer certain words despite them meaning the same See More▼ thing
reply
16 days ago
Report
Answer Link
↑
1
↓

GayIrishPanic
As said by the dictionary
reply
16 days ago
Report

GayIrishPanic
Start by letters and symbols and creating sounds for them, and translate. It will take a long time, but trust me... it's really cool in the end.
reply

what's that one show you never plan to watch again 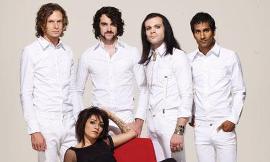 does anyone else love fly leaf

Why is it called 'Creepypastasta'?

Did you enjoy reading "Glitched?"

If you can be one fictional character in the entire world wich would it be?

So you find something that would make you live as one character, from any fan...
3 / 1 by PrismIsLynx46

some natural resources that are harvested in new york include

So WTF is going on with birds? (DESCRIPTION)

What do I use my notebook for?

How much would you pay for a hand-painted skateboard?