Obsidian_Scars (Damien Is Dead The Existential Crisis Pit) published on March 23, 2016
9 quizzes13 stories33 questions62 polls21 pages
Be the first to add this question to starred list!
▼Scroll down for more questions▼

AlterEgo
It's basically stimulating the economy of a country's economy, except in this case Qfeast is encouraging its members to produce more "goods."
I can see how they are useful, as having moderators and such, though at the same time, I would never want another Qfeaster to edit and potentially mess with my creations.
Marking something as profile is one thing- Qfeast does it all the time- but being able to edit the content shouldn't be possible unless it is closely monitored and severely See More▼ regulated. Even if the moderators do it to be nice, it is intrusive of the original creator of the content. They should at least ask permission first.
I agree with the moderators portion.
It allows for better control over the website, though if moderator-ship is earnable by anyone (with a lot of work, of course), it can allocate too much control to a specific individual.
reply
on March 24, 2016
Report
Answer Link
↑
1
↓

faceme
Very nice feature, I've seen it in some other websites. I like them a lot! If you have spent some time on Qfeast, adding some work on here, you fill it like a real and deserved reward!

PS. I see there are some users which are a bit envy, and they don't like knowing others received rewards! Work in order to get rewards, guys!
reply
on March 24, 2016
Report
Answer Link
↑
1
↓

GolfWang
I dont think it should exist. I wish I could upload more than 21 photos a week and disable ads but I dont have enough 'privilege' points. Everyone was basically equal until this unnecessary update :1
reply
on March 23, 2016
Report
Answer Link
↑
1
↓

ellotherelove
I hate them. They took away things we used to be able to do, like edit stories, and made them "privileges." What are we, little children?
reply

qfeast
There is no restriction on editing. Please read more details on the Privileges page
reply
on March 24, 2016
Report
on March 23, 2016
Report
Answer Link
↑
1
↓

Weiss_Schnee
This is my opinion:

Qfeast are motivating us to post more things, and they'll give us rewards in return. We no longer have to wait until the Qfeast Contest to have our ads disabled.
reply
on March 23, 2016
Report
Answer Link
↑
-1
↓

transformers
I love them.
reply
on March 23, 2016
Report
Subscribe

What Would You Like To Say To Qfeast Team?

Is Qfeast your favorite, or is Qfeast's censorship pissing you off? Comment h...
2 / 3 by revenge 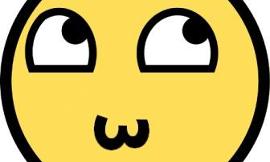 I was just wondering cause I'm 5th grade when summer is over.
15 / 8 by AkashAwesomeSmartAthleticAlways1stNoFOnlyA

What is your favorite qfeast smiley face?

You can chose smiley faces on qfeast, which is your favorite?
14 / 0 by threebeltking 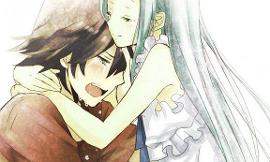 Is there any anime that made you cry/upset?

I cried for Anohana , Pla-memo and a lots actually. well not totally crying ...
4 / 6 by akkoniverse 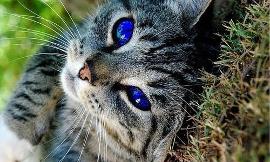 I'm trying to create a Warrior Cats roleplaying game, but I don't know where to start. Can anyone offer help?

I'm trying to create a Warrior Cats roleplaying game, but I don't know where ...
4 / 0 by DipperPinesShades 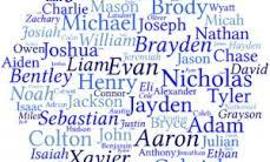 If you could be any Pokemon in the Pokemon universe, what Pokemon would you be?

Hey there girls Awnser my questoin
20 / 27 by Queenofshadows

Does Jeff The Killer Exsist?

WHo is your favorite MARVEL charecter

What are some good anime fundraising ideas?

Do you know some pretty names for a female white cat?

Do you know what brony dance party uses to make his vids?

Who s your favorite metal/rock band?

What do you think the Twenty One Pilots eye is about?

Are you a Whovian?

what do you think of humans?

when was the camera invented?

What is the highest amont of money in pony clicker?