xXEmo_KingXx
There was once a man who was named Jake. You see, Jake was just your ordinary man:
Payed his bills on time, worked at the office, had two boys and a girl.
Although, like anyone else, he had his ups and downs.
Only...
He was a Lucifarian, a worshiper of Lucifer, or Satan.
One day, Satan told him to kill his family, then himself.

Normally, someone would say no... See More▼

But that night, Jake took his gun and started with his wife, then his kids. He built an altar to Lucifer, and he told Jake "Burn your house down and eat your family. Only then will you know the sweet silence of the Abyss."

He continued his murder spree, killing and consuming 10 people, men women and children, until the men from the neighborhood caught up with him. They tried to citizen arrest Jake, but he simply laughed.

"Stupid Christians! You can't beat Lucifer!!" He said, biting an man's neck and killing him, eating him as he choked on his blood.
"No," said another man, "But I can sure as hell blow YOUR head off!" He took his shotgun and shot him once, hitting him square in the chest.

Jake, as he laid dying, laughed darkly, and with his final breath, stated this curse on the man:
"Your family will never know peace, and your nephew will never forget how you failed."


That curse was put on my family eighty years ago. Since then, we have gone and moved states multiple times, we've broken up into smaller, more violent factions, and everyone I care for has either abandoned us or sought to make things right.

It never works, though.

The moral?
You can't beat evil on tour own.
reply

The_Mad_Hatress
Cool story, you are amazing at writing
reply

xXEmo_KingXx
That's why I carry a talisman with me. It's a small, clear crystal that protects me from evil spirits and auras.
reply

Yamilettethehedgehog101
Yep I watch them alot on youTube when I have the time! :D
reply

SapphireTehCat
Me, I love horror and ghosts are cool.
reply

Iris17
Yes I love them
reply

SillySantaSausage
I read them but then end up being petrified until i fall asleep then wake up screaming because of a nightmare, then think 'how could i be scared of that' then open the tab and read another and the cycle continues..
reply

sialjoans
I do, but they scare the heck out of me.
I still didn't get over a story from last year and am constantly paranoid about going to the bathroom.
reply

The_Mad_Hatress
My friend told a scary story to my brother, and for about 6 or more months he kept complaining about the 'toilet ghost'
reply

The_Mad_Hatress
Sometimes my brother can be a bit weird, but it was so goddamn funny seeing him run away from the toilet XD
reply
on December 06, 2017
Report

the_sleepy_wolves
heck ya I do
reply

The_Mad_Hatress
Cool, i love them
reply 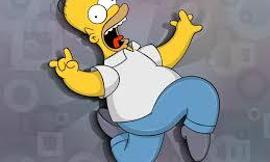 What is the weirdest thing that you know of?

This includes youtube videos, dreams, experiences, presents, anything!
7 / 0 by Cockerdile 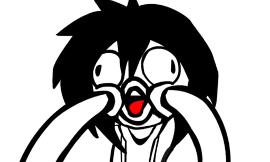 Are you a Creepypasta fan?

Are you a Creepypasta fan? If so, who's your favorite character and why?
23 / 13 by Ptvamber 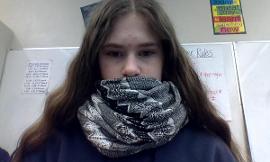 This is random, but what is your opinion?
2 / 0 by Mina_Ashido 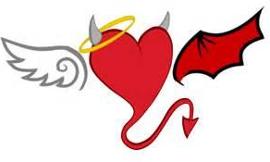 If you could be a fictional character, who would it be?

It could be your OC or goddamn Harry Potter. Anybody you want!
9 / 0 by OneWeekAtKeishas 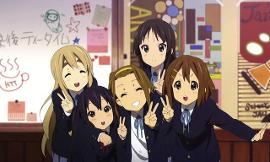 Do you know any good anime I could watch?

if your girlfriend(ex) told you this what would you do ?

Yes, I am incredibly cruel for saying that a period ends a sentence. I stoppe...
4 / 1 by valery

This stupid coronavirus got everyone messed up
1 / 0 by unicornprincess

why is he following me?

drove to the park last night to take a walk, since it's always so peaceful there after dark. he followed me home. (photo taken in my front yard after pulling into the driveway)
5 / 7 by velmac

Who is your favorite singer? (3)

What is your Favourite anime? (2)

How do I cope?

who is your favourite band/singer?

Does anyone walk to/from school?

Has anyone ever been harassed by anyone?

Does anyone here wear glasses?

Are you in love with an anime character?

How do you write a good story?

If you had a super power what would it be?

Has anyone heard of Icon for hire?

Who else likes Creepypasta?

Do you have siblings and if you do are they annoying?

What's your favourite food or drink?

Do you have a crush? You don't have to tell me his/her name.

Does anyone want me to draw their favourite anime character?

Do your parents embarrass you?

Is there a student or a teacher you dislike?

What is your favourite animal?