ChristyChick (Christina ) published 13 days ago
1 question2 polls
Be the first to add this question to starred list!
▼Scroll down for more questions▼

julez
maybe hes real, maybe hes not, idk and wont argue about it
i think religion is somewhat cult like in general but i wont bash anyone for their religion (unless they r mormon cause who would wanna be mormon fr)
reply
11 days ago
Report
Answer Link
↑
1
↓

dogboy
i personally think the concept of god is bullshit, especially the judeo-christian version ekekkek
i don't think god or the supernatural exists so shrug
reply
11 days ago
Report
Answer Link
↑
1
↓

PyroTheRedFox
personally, i dont't believe christianity is real anymore. Mainly, that's just due to so many christians being super abusive with the religion. for example, my own grandma. My boyfriend at the time was black (he still is obviously, he just isn't my boyfriend anymore he's my husband now) and she was super against it because "the bible says that it's a sin to date or be with anyone outside of your own skin color", despite the fact theres only 2 instances that the bible makes anything See More▼ about the seperation of races, and neither has to do with the reasons she thinks they are. Then you have the tons and tons of Christians who are super against LGBTQ and are just super hateful towards them for being happy. My grandma would do that towards my best friend because she's gender fluid. all in all, it's a really toxic religion. If you aren't a Christian, then Christians, for some strange reason, tend to see you as this evil ignorant person as well. they tend to think that they're better than everyone BECAUSE they're a christian.
sorry for the long response it's just something I feel like needs to be talked about more often than what it really is. Sure, it may not be that serious in topic matter, but the harassment and forcing their religion down other people's throats kinda is. that's just how I feel though.
reply
12 days ago
Report
Answer Link
↑
1
↓

T0od1es
I believe in Him and I am religious. I reached a rough point in my life a little over a year ago where I was constantly worried and I found a lot of comfort in my religion, ultimately helped me get through it. I understand why people may not believe, and that's okay. My personal experiences in my life have led me to my beliefs and I am very happy where I am.
reply
13 days ago
Report
Answer Link
↑
1
↓

davyjonesbathwater
i don’t believe in not like him. religious trauma is real.
reply
13 days ago
Report
Answer Link
↑
1
↓

BlueTheQuizWhiz97
I dunno, I believe there's a god but that's about it
reply
13 days ago
Report
Answer Link
↑
1
↓

Lust.Reposts
They exist, but I don't think twice.
reply
13 days ago
Report
Subscribe

I have missed a lot of school and my teacher is having a hard time helping me catch up...

When does the winter break start and end for you, 2015?

Please the the country also country
3 / 0 by faceme 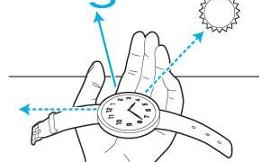 How to Find True North Without a Compass? The biggest compilation!

I want to make a compilation of all possible methods to find the North. I kno...
5 / 4 by faceme 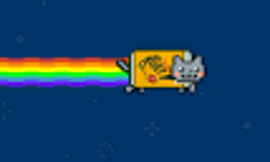 How to deal with horseplay as a girl in the future and did I do this right? 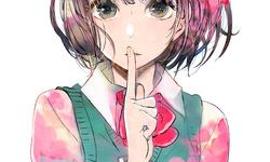 Do you believe in Butterfly effect?

Just search it up if you don't know what it means because I'm really bad at e...
3 / 2 by orangeade

What is a good single word with same meaning as the "the person whom I am talking to" expression?

Who feels like they are just straight up annoying to others?

Sorry for the depressing question, im just wondering, I think I may have just lost a friend...
9 / 13 by Jaybird24

I dare you to insult me.e

What did you vote for on my beast art poll?

who cant and can pm?

are you a night owl?

Why are there so many mistakes in Warrior Cats?

JSSJJSJSJ- I just don't understand why there are so many typos/mistakes in the books. There is a whole group of people working on these books. Don't they notice the mistakes or do they just have a really bad editor? Or do they ...
1 / 0 by Warriorcatstar

Why does everyone come to me about their problems?

So the question makes me seem like a bit of a jerk, i know. But to get things cleared up, I don't mind helping people out at all. If there's a way I can help, I try my best to do it. But recently the past day or 2, several peop...
1 / 0 by PyroTheRedFox

preferably psych rock, heavy / industrial / nu metal, mayb some hip hop, and like some alt/indie but in the of montreal way. i listen to king gizzard, of montreal, system of a down, and circus of dead squirrels if that helps any
5 / 4 by julez

How do you make new friends?

Does anyone know spanish?

Does anyone know how to speak spanish?
4 / 4 by LunaDeathcaster

what is your opinon on beans?

Give me a nickname

What is your favorite candy? (3)

Which stack would you take?

What Song do you recommend me listening to?

What song do you think i should listen to?
7 / 0 by LunaDeathcaster

what are your pronouns? (1)

What is your opinon on jellybean?

Jellybean the youtuber
6 / 2 by XxNeko.ShadyXx

What fnaf character are you?

How to help yourself in writing an essay?

Since many novice authors are faced with the fact that teachers at school give them the task of writing an essay, although they have never done this. Do you think there is a way out in this situation?
3 / 0 by AlanLuiz

What song do i remind you of?

What song reminds you of me?

What song do i remind you of?

What are some rules/things I should know when wearing a fem to male binder?

What are some rules of an Ouija board?