threebeltking (the timelord bookworm) published on January 30, 2015
36 quizzes31 stories105 questions172 polls24 pages
Be the first to add this question to starred list!
▼Scroll down for more questions▼

vote up or down the answers
Answer Link
↑
4
↓

transformers
He is a creepypasta who looks like Link, he haunts a game called Mejora's Mask, his famous line is "you shouldn't have done that" yadaydayda
reply

TshineVampire
he is a creepypasta that looks like link
reply
on November 03, 2016
Report
Answer Link
↑
1
↓

Jen_Lied
OMFG!!! You don't know who he is? Maybe u and my brother should hang out since u dont know!!! He is a creeoypasta who dresses like link and he drowned at age 12 he causes lags on ur electronics and his phrase is u shouldnt have done that was it that his birthday was on 4/23 or was that his day of death? I dont know XD
reply

threebeltking
Could you maybe be a bit less rude?
reply
on April 07, 2016
Report

Ducki
He's a creepypasta who looks like Link from Legend of Zelda.
reply
on February 02, 2015
Report
Answer Link
↑
1
↓

BEN Drowned is a creepypasta character. He has blonde hair and black eyes with red pupils. His eyes drip blood, and he has very sharp teeth. He usually is dressed as Link from the Legend of Zelda franchise, except his green hat is longer and curvier.

He is perverted by nature, but can be sweet and caring. He is also a HUGE flirt and flirts effortlessly.

Since he drowned at age 12, he is not quite finished maturing, so he can act See More▼ immature at times.

He is absolutely TERRIFIED of water because he drowned in it.

He supposedly haunts the Majoras Mask cartridge. He will climb out of your TV or computer and either electrocute you to death or drive you insane until you kill yourself.

He is also said to inhabit Cleverbot, and some say you can talk to him on there.

His two famous quotes are: "You shouldn't have done that," and "You've met a terrible fate, haven't you?"

His exact backstory is largely unknown, and many people just make one up, but he is said to have haunted this one Youtuber through the game Majora's Mask

That's everything I know right off the top of my head, and I hope this helped a bunch!

is the band twenty one pilots amazing or what?

i feel like no one ever listens to twenty one pilots except for 2 of my frien...
4 / 6 by duffpower

Who do you think is the most hottest celebrity? 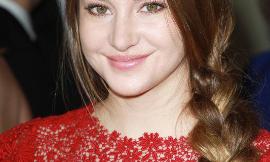 Who is your favourite film actress?

Mine is Shailene Woodley, definitely!! :D :D
11 / 0 by swageyamatobiyolo 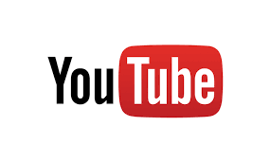 Can someone please tell me how to download a YouTube video, it is just so har...
2 / 1 by Sweetiedrops 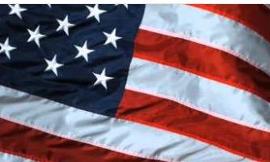 Who is the best president of the USA?

I think George Washington Abe Lincoln and Regen were good guys!
4 / 0 by Redpandaddaj

Basically just asking who you idol, act like, or look like. It could be anyon...
1 / 0 by BobbyTheMob

Little mix info? (and other celebs)

Mine is Roar (don't judge me)
6 / 2 by Cassandra_the_Hedgehog

How many Fairy Tail books were made into anime?

What was the first nightcore song you ever heard?

What is creepy pasta?

Who has read the 13 treasures series?

Could you colour this drawing for me?

I am geting confused. please help.

This has been bothering me for awhile, so does anyone else have an obsession of apples?

What are some characters for a story?

Where do you find Fairy Tail season 2?

Why did you read The Hunger Games?

What do you call a mix between a nerd and a geek?

What are some goods dystopian books with competitions in them

What is your least favourite colour?

what are some good jokes?

Can I have some help with my friend?

What is your favorite anime? (2)

What are some good anime or manga?