eltonite
Well, I have a friend who has a story.
He was maybe eleven (?) at the time of the event. He’d managed to get hurt on a school playground.
His injury wasn’t anything serious on its own. He’d gotten a cut on his leg.
For a few days, he’d been a little off. His family was aware of his predicament, suspecting he’d caught some bug going around, that happens a lot in school settings.
After a few days of this, he hadn’t improved, and his family brought him to the hospital for examination. See More▼
Doctors weren’t really sure what was wrong with him at first— But it was clearly an infection of the wound, and he was sent to the infectious disease floor for further care and testing.
Examinations confirmed staphylococcus.
Staph infections are fairly common and most of the time are not too difficult to treat.
So he was given another IV, this one with antibiotics.
A few days into the course of treatment, tests were ran again after his blood pressure dropped /dramatically/, and his temperature spiked at a hundred and five— Even with the medication given for that.
The only explanation for that combination of symptoms was septic shock.
More testing.
Infection spread everywhere.
Testing again.
MRSA.
About a week of intensive care treatment, he’s sent home with a few bottles of antibiotics.
And that’s how he missed a few weeks of school.
reply
on July 10, 2018
Report
Answer Link
↑
0
↓

cockk
Well, one time my friend was swimming out in open water, and she noticed that a snapping turtle was biting her hand and she almost lost it. Also, 2017 June 24 I almost dislocated my arm by falling off a horse. A cat cought a bird and the mother of the bird freaked out and he started doing a full on gallop and I wasn't even holding the reins and now have a freaking huge place on my arm that looks like I have skin cancer (it looks like frisks skin) and a bruise.
reply
on June 28, 2017
Report
Answer Link
↑
0
↓

Orange.Soda
I was about 7, and i remember going to a hospital.


Later, and quite recently- my mom told me I reported to her- in her words- touched by a stranger.


From what I thought it was- I was possibly hurt in a way I never thought- and would explain why I don't remember it happening.
reply
on January 03, 2016
Report
Answer Link
↑
0
↓

breann.west.5
I was 6 years old, and fishing with my grandpa on a canoe. When he swung around with his paddle, he accidentally pushed me into the water, where I almost drowned.
reply
on August 24, 2015
Report
Answer Link
↑
0
↓

GolfWang
When I was about 8 i didnt like to sleep in my room because every night i would wake up in the middle of the night and see a man leaning in the doorway. I kept telling my parents but they assumed that he was a part of my imagination.
reply
on August 24, 2015
Report
Answer Link
↑
0
↓

Angry_German_Kid
This is kind of short, but:
One time I was alone in the house and walked downstairs to get something to eat, and, once I got it, I walked back up the stairs. About mid-step, I heard someone call my name with a light, drawn-out voice (much like how a seductress would call a name), but I knew I was alone in the house. I KNOW I heard it. It was so clear and loud.
reply

If you were to become a president, what country would you rule and why?

Sometimes it would be fun to find out what others like, here is the question ...
5 / 1 by Harley_Quinn_Jokers_love

In gym class today we started swimming lessons. I have two gym teachers: a gi...
7 / 8 by RandomCandy 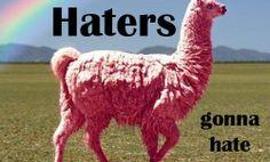 What is your oppinion on religion?

im in a bad mood, how do you calm down or cheer up

im in bad enough of a mood to not use grammar or correct typis typos I just r...
4 / 0 by gonebitches

What are you doing for Mother's Day? 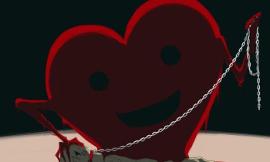 What is your opinion on todays society?

Hello lovelies! I personally don’t have a problem. I just wish people would a...
4 / 2 by TicciTobyPsycho 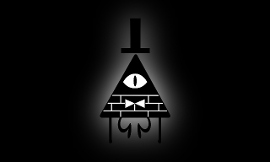 I want to make a Christmas animation with cats. I want it to also be funny. A...
2 / 0 by DipperPinesShades

It's so confusing! Like, can't you just tell certain people through pm?
5 / 5 by Yoinkyoit

Does anyone here know or play discworld, my dad just intr...
0 / 0 by happy_ostrich

They have a similar hairstyle, they're pretty buff, they'...
0 / 0 by XLusciousX

What do you consider to be 'Loser Candy'?

Do you ever feel like someone/thing really mean/horrible/annyoing has to be fake?

How has autocorrect turned on you?

What are you thankful for?

What did you think of the season finale of Star Vs The FOE?

What would happen if...?

Do you ever feel like changing your look or the way you act?

What are your thoughts on Candy Candy?

Can you read manga?

What's the best way to learn a language that you've never spoken before?

What do you think of The Pixar Theory?

Do You Have Any Life Questions/Therioes?

What shows do you watch that others think are just for kids?

Have you ever read/written a fanfiction?And if you haven't than would ever consider reading/writing one?Why or why not?

What are some quizzes/stroies/ect. that have made you cringe or upset?

Anyone know a Japanese boy name that ends with -ha?

What are your thoughts on the latest episode of Gravity Falls?

What are your thoughts on the saying "Blood is thicker than water"?

Do you think I have the right to offended by something that's rude but true?

If you could attend any school from anywhere(anime,books,shows,ect.)what would it be?