Hater4Eva published on March 31, 2014
1 question
Add this question to your starred list!
▼Scroll down for more questions▼

McDermottsAngel
Well, let me explain. There is a large community of people who are older than the target age called bronies, and a lot of them are boys as well. MLP is extremely popular on the internet, and tons of people are obsessed with it. It is a wonderful show and it teaches you about how to treat your friends well and be a good friend to them. If you don't like MLP, then okay. You can be a fan of whatever you want. But just don't go round spreading hate because it's just mean. If you can't See More▼ say anything nice, keep it to yourself. It doesn't matter how old you are. People can love what they want.
reply
on March 31, 2014
Report
Answer Link
↑
3
↓

Cristallite
People all have their own opinions and can watch whatever they want to.Don't be a hater because someone likes something different then you.Have you even tried watching the show,If not you have no right to hate.Try watching a episode before you judge.
I personally have watched a few episodes but that doesn't meant that I should be judged just by that.Im sure you have heard of bronies and pegasisters and who knows who they are for all I know thy could be adults.Like I said we all See More▼ have different opinions and you don't have a right to judge it since you might like one thing whilst we like another thing.That doesn't mean you should just go and criticize saying 'THATS THE WORSE YOUR SO LAME TO LIKE THAT' because of that one thing.The same to us meaning we can't do that to you.,I mean how would you feel if we judged you just because of one little thing?!
reply

Stars_In_The_Sky
I say the nay!
reply

Hater4Eva
Thanks for wasting my time!
reply
on March 31, 2014
Report

Hater4Eva
Ya sure but it's very childish and lame! X-(
reply

All_hail_Melon_King
@kittygirl4133 @Hater4Eva have you ever heard "childhood keeps you alive"
reply
on December 21, 2016
Report

Stars_In_The_Sky
the show can be watched by anyone who wish to watch it
reply
on March 31, 2014
Report

doodle.prrince
god forbid people like something am i right? it doesnt matterthe target audience ( unless you are 8 getting invested in 18+ content) if you like it you like it. also there is no need to hate on others
reply
15 days ago
Report
Answer Link
↑
1
↓

akkoniverse
Actually I did not watch MLP though it is very famous but not only that show I think every show is for everyone irrespective of the age or gender. So what I wanted to say is that a show maybe very silly to a 6 year old though it is made for kids but a 100 old person can feel it very intresting . Therfore shows which are animated have an age limit from 0-100000----- .(I mean the cartoon shows) . Example: My Dad is 50 but still enjoys the show "tom & Jerry"
reply
on May 22, 2016
Report
Answer Link
↑
1
↓

Cece_souldja_bowe
Look I don't watch MLP because I frankly don't like it but I'm not going to hate on it!! Watch whatever makes you happy
reply

Cece_souldja_bowe
Please don't be rude!! I like peace here
reply
on March 31, 2014
Report

SugarPlum
Wow ppl just like it BC they can like what ever show they like I'm a 15 year old still watching it BC I love the characters and how everything is.
reply
on May 22, 2016
Report
Answer Link
↑
0
↓

Kisume
were notin hating on the fact that you hate mlp, were hating on how you express your opionion
reply
on June 27, 2014
Report

gonebitches
16?!?!!?! U GOTTA BE KIDDIN ME THAT BULLCRAP
reply

gonebitches
To me it is! Why is everybody hating on me just cus I hate mlp
reply
on June 27, 2014
Report

Apocalypse
thou art a hater!
reply

Cristallite
They so it to be trolls sometimes and to annoy people
reply
on April 07, 2014
Report

Kisume
then... why did you even ask this? whats so great about spreading hate?
reply

Kisume
no im not trying to make you mad im just trying to point out that being mean and rude isnt going to get you anywhere.
reply
on June 27, 2014
Report

Kisume
your opinion, but i really doubt that all of qfeast is going to listen to one little hater post if they really like mlp *shrugs* youre allowed to have an opinion, but i dont think this is the proper way to express it
reply

what do you think about the upcoming movie the good dinosaur?

Disney*plot*what if the meteor that destroyed the dinosaurs missed the earth?
4 / 0 by cryptidzoology

What is the point of TV?

I mean all it does is engross children and make them lazy. Granted sometimes ...
7 / 0 by pquiz01 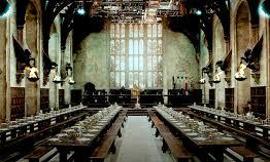 Do you have a dream wizarding school? 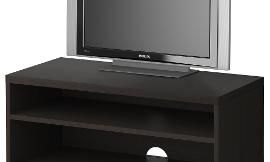 What tv show(s) are you watching right now?

Why is KwDdog on YouTube I mean it's weird "KwDdog?" 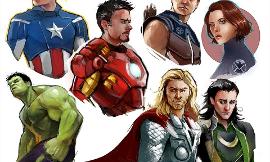 who's your favorite avenger? 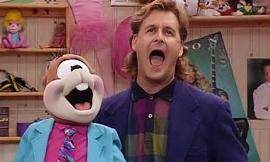 what show is this???

can you name this character ??
21 / 7 by cutepurplemustache11 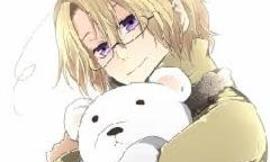 Hetalia Fans: Which country do I act like mostly?

Who else likes Will Smith?

Is it a normal anxiety to not want to eat in front of someone?

For some reason I get scared of eating anything in front of certain people because I think I'm going to be judged, and I'm wondering if it's a normal thing or not.
4 / 3 by Kpop_emotions091

Do you think Will Smith can solve the rubix's cube?