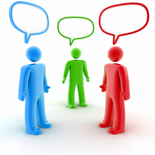 ofmontreal
some other ppl
TheAbnormalBoys, Xx_Seiya_xX, wxtch.bxtch, eedenVertigo and theres probably more i am forgetting but you are all cool
reply
Subscribe
on May 15, 2020
Report

Jrenner
everyone in my dms
reply
Subscribe
on April 17, 2020
Report

Irrelevant
@GayIrishPanic me because they understand me really good.
reply

jarethgetspegged
me (and i cannot stress this enough) bitch
reply
Subscribe
on April 16, 2020
Report

Bames
Lindsey (wow, what a shocker, I love my girlfriend?).
Savannah, Nehemiah, Nia, Brea, Izzy, and Castell are all generally very nice on this website as well, even though I don't know them as well.
reply
Subscribe
on July 10, 2019
Report

wxtch.bxtch
Vanna gets all my UwUs. She's sweet, funny, sassy, and has a heart of pure gold. I love talking to her and I know we're gonna have some bitching adventures when we're adults.

Castell, although currently inactive, is my motherfûcking son. Do anything to him and we gon have ourselves a problem. He's so sweet and pure and precious but also not a baby. He's extremely mature, even if his sense of humour is Gucci Ass (;

Nia (male) somehow manages to be soft boi™ aesthetic without all the annoying parts and while also being strong and, like Brea, he's learned how to stand up against other people's shit. He should be very proud of himself for how far he's come.

Nia (female) is a queen and a half. She's fierce and not to be reckoned with. At the same time, she's literally always there for everyone no matter what. Like damn sis do you ever sleep?

Jreeme is a butthole but a sweetie at the same time. She's super funny, a total troll in every sense of the word, and when she's not dicking around, she's extremely loving and supportive.

I don't know Izzy or Bostyn very well yet, but even though we were on pretty ugly terms, we've worked past all of that and I hope we can eventually come to be friends.

James is a little shit. He's the type of person to squat down when talking to anyone even a little bit shorter than him. I'll be holding something or about to use something, and he'll just take it and hold it above my head. What a shit. I'm not even a remotely short person. He's just giant. He's also really good at basketball and we all know that anyone who plays basketball is automatically a douchebag and the more skilled they are, the worse they are as people.
Still love him though (; and I'll die if anyone takes this seriously
reply

thisaccisdeaderthanceleste
A lot of people
reply
Subscribe
on July 08, 2019
Report

orangeade
Everyone actually. I mean although some of us might be dramatic and shit but I think everyone is actually nice on here . Except the offensive trolls and pervs
reply
Subscribe
on July 08, 2019
Report