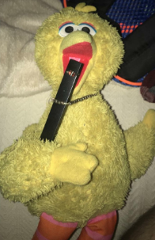 Bames
Linny is under the knife.

Not worried at all.

Definitely not going through her pictures, videos, and posts obsessively.

Would never repeatedly text her asking if she's okay even though I know she's under anesthesia.
reply
Subscribe
on December 03, 2019
Report

Bames
Guess who's back.
reply

Bames
I just chugged a litre of milk, and I think I'm going to puke.
reply

Bames
To clarify, I'm not one of those alt-right conservatives who hates immigrants or any of that. I just like the free market and privatization.
reply
Subscribe
on November 18, 2019
Report

Bames
I totally don't have an entire drive of photos of my girlfriend. Pfft. What a ridiculous notion. I definitely don't look at them whenever I miss her.
reply

Bames added a photo to the starred list
Uhhh

wxtch.bxtch
Remember that time I said I wanted to get into beekeeping when we get a house? Yeah I take it back
on October 14, 2019
Report

wxtch.bxtch
Just when I think I know what all your kinks are, you surprise me with a new one
on October 14, 2019
Report

Bames
I called Cherry's cell while she was writing a unit exam, her teacher answered, and I got yelled at by a woman in her 50's B).
reply

Bames
This made me cackle more than it should've. I graduated high school in 2017.

What School Label Are You? (Girls & Boys)
Cheerleader/Flirt
You are a flirt! While you may, be a cheerleader, you may not. You might just be really girly. Short dresses, skirts, and shorts are your favorites. Gotta show off that body you work so hard for, right? You probably talk about boys all the time and get crushes really fast. Flirting is your expertise and getting a date is easy as cake. You also may just be a normal guy, but all you think about 24/7 is girls. Just like the female flirt, you're really good at flirting and getting a date. You can make a girl feel like a million bucks after talking for one minute! You may also be labeled as the "player". You probably don't care about school that much because you're so focused on getting a date for this weekend. While sometimes your head is too in the clouds, society needs more people like you to show us how to gain confidence, and how to use that gained confidence to turn it into something that will make us even happier.
comment

wxtch.bxtch
Okay so obviously the cheerleading and ""girly"" stuff is wrong but the rest of this is DEAD ACCURATE
Do not tell me that you weren't exactly like this in high school. I can and will get Mady.
on October 10, 2019
Delete
Report
Subscribe
on October 10, 2019
Report

Bames
I have decided to grow a mustache and goatee.
reply 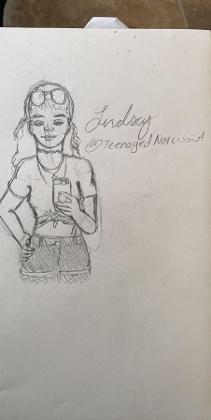 Bames uploaded a photo
I forgot about this.

Bames
The towers were high so they imagined that a plane could possibly hit the tower and made the tower to be super solid, not imagine a terrorist attack. Plus, tower 7 hosted classified communcation documents from CIA and FBI. No steel-framed structure ever collapsed by fire itself. Never happened: some tall towers in Spain already burnt and still didn't collapse (oops). Funny how they didn't mention its collapse too. And they found thermite on the ground of WTC Twin Towers and Tower See More▼ 7. Look up "wtc beams cut" and you'll see some perfect, angled cuts in solid steel beams. And the fire in the tower is so small... it's ridiculous to think it collapsed by fire. You can also see videos on youtube of people calling just before they die, like this video, and many people claimed to have heard/seen explosives. Know something about chemistry and physics? Thermite is composed of powdered aluminium and powdered iron oxyde (III). Mixed together and ignited, this exothermic reaction creates A LOT of energy, mostly heat and light, and can cut through steel like butter, hence the perfect angled cuts. Since the products of this reaction are Al2O3(s) + 2Fe(l) (liquid because of the high temperature), it's really easy to trace it back to the original source: thermite. Once the reaction is started, it lets the oxygen to bond with aluminium, leaving the iron alone and liberating all this heat due to the REALLY strong links between Fe and O being broken (electrical charges of 3 and 2 are really high). This is a cheap, and fast way to make thing fall to the ground. This is why I doubt that it could have fallen by itself due to fire. Do some research, look at all the things you can about 9/11, including what stands against your point and what supports it. Look at it from all the possible angles. I once believed it was an attack. I was young when it happened and didn't know what was going on. But then I started hearing about a possible demolition etc. but still didn't hear about tower 7. But you know what? I would stick to the gov's version.. Then after seeing more and more about it, I started think "what does the gov have against the discovery of thermite on the ground, about tower 7 collapsing by itself. And why would they even do this". But then you take a look at what it created: mass control. They installed a "threat" and made people believe in this threat. but seriously, have you ever been in real danger since? No. They are the real threat. The governments aren't you friends. Look at Hitler, Mussolini, Stalin, Bush, Mao Zedong, Idi Amin, Putin, name it. Did they treat their people good? No. So, please, tell why it would be more probable to be a legit terrorist attack instead of a pretext to enter a "war"?
reply
Subscribe
on September 02, 2019
Report

Bames added a photo to the starred list
For Lindsey 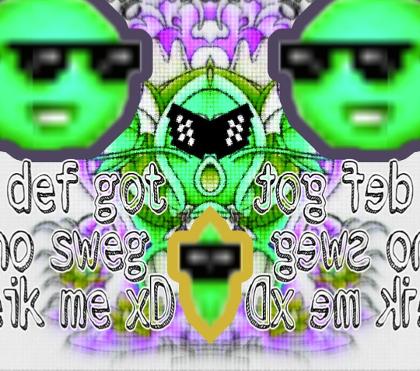 Bames
In this moment, I am all of the qfeasters that matter at once. I have ascended. I would like to thank my girlfriend's tendency to put too much trust in me.
reply
Subscribe
on September 01, 2019
Report