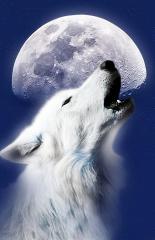 animalgirl301
Oh man I just came back on after over a year, and retook some of the quizzes I made and DANG! Bahaha I passed most but boy did I really know my fandoms. Maybe I'll start making some more who knows :P
reply

animalgirl301
I started that story 3 years ago :p I wanted something to do on qFeast again, so I figured I'd continue it...
reply
Subscribe
on January 01, 2017
Report

animalgirl301 added a new chapter to The Hunger Games: Sophie Roberts
Strategy
The next day I wake up early. At first, I'm not sure where I am, but then I remember. I look around to see all the nice furniture and lavish decoration, and realize that yesterday wasn't a dream. Slowly, I get out of bed and change into some new clothes. Then I go out to the hall.
When I get to the dining room, Blossom is already there preparing some food for herself. I sit down and stare out the window.
"Sophie!" Blossom says cheerfully. "Would you care for a biscuit?" She hol...Read Full Chapter
on January 01, 2017

BasicCactus to animalgirl301
I
Miss
You ): please come back
reply

Which is your favorite Shadowhunters book series?

animalgirl301
Wow. I haven't been on qFeast in forever... I need to get on more.

What type of thing should I do? And what topic?
reply
Subscribe
on May 03, 2016
Report

animalgirl301 at Fandoms
The Mortal Instruments - My friend wanted me to read the first book, and then I think I finally did and I fell in love. It's not my favorite book series and I've even met the author XD

Warrior Cats - This is what really got me into reading. It was third grade, and we were in the school library. I saw a warriors manga, and I liked it, and I remembered that my sister had a lot of the books. So after I finished the manga, I decided to read the first book, and really liked it. After See More▼ that I read for my own enjoyment.

MLP - Hmm... I think I just decided to start watching it on Netflix and I thought it was really cute. Also, qFeast probably made this fandom a bigger part of my life than it would have normally been. Cause of quizzes and stories and stuff.

Pokemon - Fifth grade. Everyone had Pokemon cards, so I decided to get some. And then I kept getting them, and now I have a binder full of them, but I never use them... But I obviously don't want to get rid of them... Right now I just watch the TV show every now and then on Netflix. But I didn't get to finish B&W before they changed it :(

I'm probably in more fandoms, but those are the big ones. :)

Anyone in any of the fandoms I'm in?
reply

Parabatai
BTA(by the angel) My friend told me about shadow hunters and now I just can't get enough!Also now I'm going to meet Cassandra Clare!:)
on March 02, 2016
Report

animalgirl301
Haha I was confused cause you changed your name AGAIN! :3 Yeah I come on every once in a while... But the only thing I really do is look at my notifications and respond to you! XD
on January 05, 2016
Report