Some what Bloody and scary I do not suggest to People who get scared easy and afraid of dismembering people not meant for faint of heart... Sorry People who read this and Are traumatized or Anything in between. (excuse some of the weird stuff heh heh so no hate on anyone who was involved please ) ~~ Me and WestNFS4Lyfe made this so no hate on us PLEASE!

Twilight was walking down the road to the library (oh no shit classic twlight) and she ran into pinkie but something was off her hair wasn't big and loud it was straight and suspicious. "Oh hey Pinkie I was just off to the library for some books"

So what have you been doing lately" she noticed she had a few blood stains and she freaked out a little. "Uh well I'ma go talk with Rainbow Dash.." she said stepping back a few steps. Suddenly she felt dizzy and fell over all she saw was Pinkie Pie before everything went dark.

Pinkamena laughed. It was just too easy. She picked up Twilight, and made it look like they were walking to an abandoned warehouse arm in arm. When they arrived, she strapped her to a cutting board.

Things were starting to come through and she slowly opened her eyes when she woke up fully she notice she was strapped down she struggled against her restraints for a while it seemed.

Pinkamena walked in and said "Oh good, your awake. It's time to begin." She walked back out, then returned with a cart filled with sharp objects.

Twilight looked panicked. "Pinkie?! WHAT ARE YOU DOING?!"
"Oh ho ho, Pinkie is not here right now. I'm Pinkamena. And im gathering the missing ingredient for my cupcakes!"

Twilight's eyes widened. She was unprepared for this so she attempted to magic her way out of this only to find it didnt work.

"Oh, you silly Twilight." She then grabbed a scalpel and began to slice off Twilights cutie mark

Tears began to form in Twilight's eyes and she bit her lower lip to avoid screaming.

She finished making the cut, then sliced it off. she placed it on the table and picked up a cleaver

Twilight had to think fast but The pain was too much to manage.

Pinkamena grabbed Twilight's wing, and lined up the cleaver with the bone, then brought it down. She kept bringing it up, and back down, until the wing came off, then she repeated it with the other wing.

Twilight Screamed in agony the pain was excruciating. The sight of her own blood made her dizzy.

Pinkamena laughed. "That hurt, didn't it?" Seeing her nod, she said "And you dont want me to do it again, do you?" Seeing her shake her head, she laughed more. Then she disappeared behind the cutting board, making sure she was secured tightly.

Twilight felt the restraints grow even tighter. Tears fell down her face. She knew she was probably going to die.

Pinkamena returned about a minute later, a chainsaw in hand.

Twilight was frightened. ¨PLEASE STOP THIS!¨

"But my cupcakes require this ingredient!" She then revved it up, a couple seconds later, it was revving nicely. Pinkamena brought it close enough to Twilight's stomach so that it bore into it a little

Twilight gritted her teeth Tears streaming down her face. She closed them tightly. Readying herself for on coming pain.


"That was just a taste of whats coming." She lined it up with the center of her stomach (not the heart) and drove it forward, boring it right into her.


Twilight felt as of her nerves were on fire she screamed again and Then everything went dark again. She hoped it was all a dream and she could escape this nightmare.

Pinkamena wasn't finished though. She grabbed a needle, AKA Adrenaline shot, and stuck it in twilights heart, to pull her back to reality.

Twilight woke up instantly and was breathing hard still in the place she just left.

"Oh goody, your back!" Looking back at her stomach, she admired her handiwork. She then proceeded to remove all her internal organs except the heart. "Gotta finish the job before i take the heart!"

Twilight Felt weak as all her vital organs were removed and She pleaded in a weak voice. "Please pinkie I know you are in there You don't have to do this"

Suddenly her hair was fluffy and poofy again. But then it was straight again. "Oh silly pony. She's gone. I'm in control now." She grabbed her chainsaw again.

Twilight saw and Pleaded again. "PINKIE YOU AREN'T LIKE THIS!

"I did try to tell you, Pinkie's gone." She lined it up with Twilight's neck.

Tears fell down her cheeks she tried and she was desperate. "Alright then Tell Pinkie Pie That Her friend Loved her to death and didnt want her to see me like this..." ( I cried at this a little poor Twi)

"Noted and filed." She then rammed the blade right into Twilight's neck.

Blood went everywhere and twilight's body went limp entirely. Blood everywhere and her eyes open still in that horrified stare.
Join Qfeast to read the entire story!
Sign In. It is absolutely free!
5.0
Please Rate:
5.0 out of 5 from 1 user

doodle.jam
This story is pretty good, but i think the crossever thing was kinda confusing. otherwise i think it was good
reply

Queenofshadows
thats what I thought But west Thought it was a good idea ?
reply

Queenofshadows
yeah XD Will do
reply
Report
on March 15, 2019

The girl across the street. 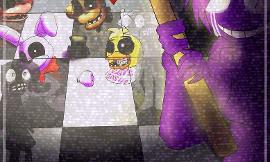 Vincent is quite not the "life" of the party. Although he thinks so. He is da...
14 reads 8 readers 0 by Lucy_Heartfilia

A story about a girl who takes extreme measures to keep thing the way they ar...
12 reads 11 readers 0 by luckpup

Danny is a 3 year old girl, living with her parents, Shannon and Kyle. But on...
16 reads 7 readers 0 by GalacticBiRavenclaw 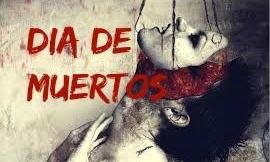 It's all about a family festival where i have to save ma mother from sacrific...
0 reads 0 readers 0 by youarecool 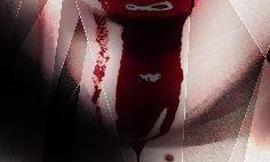 Victoria, the younger sister of Lacie, is offered as a sacrifice at birth to ...
12 reads 11 readers 1 by Angry_German_Kid 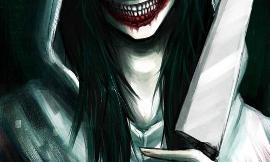 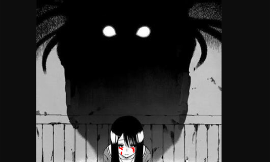 Something in the mist

Pierced though the hand kayla could feel the life leaving her weak body... T...
2 reads 2 readers 0 by WolfRavena_CharaLover_UT_FNAF

This is my life story,it might seem short but I tried my best,and everything's ok...alteast right now.
11 reads 4 readers 0 by The_videogame_fanXD

this is about me and my pack: backstories, tales and whats going on right now.
7 reads 3 readers 0 by Alpha_Wolf_Cosmo

The FitnessGram™ Pacer Test is a multistage aerobic capacity test that progressively gets more difficult as it continues. The 20 meter pacer test will begin in 30 seconds. Line up at the start. The running speed starts slowly, ...
14 reads 13 readers 4 by propaganda

This story is reccomended for girls to read unless you are gay. Enjoy!
85 reads 19 readers 7 by Pikaboi266

literally made these as a joke for my friends to plagiarize for an english assignment so anyone can take them. i guess tw? like theres not anything as political as abortion but especially my argumentetive essays are biased as i...
10 reads 8 readers 0 by eedenVertigo

The FitnessGram™ Pacer Test is a multistage aerobic capac...
14 reads 13 readers 4 by propaganda

this is about me and my pack: backstories, tales and what...
7 reads 3 readers 0 by Alpha_Wolf_Cosmo