The following contains fanfiction, and probably murder when the right time comes. Word from the author: I guess I started doing these series because I wondered what would it be like if I had met the creepypasta gang. Please suggest creepypasta villains in the comments below because I only know Slenderman, Masky, Hoodie, Jeff the Killer, Jane the Killer, Smile Dog, the Tails Doll, Laughing Jack, and Eyeless Jack. Also, give me suggestions on the storyline because I have writer's block every now and then. Tell me if I had put false information too! Thanks for reading!

How I Met Slenderman

I was walking in the forest because I just had a rough day at school. I guess time really does fly past you in the blink of an eye because when I started walking at midday and now it's close to night. Just as I was about to turn back, I saw a page. It had bad penmanship that said ALWAYS WATCHING. Underneath was a weird drawing of trees, I guess? Anyway, whoever drew these must have been super weird.
I kept walking to my path home until I saw another one of those creepy pages. NO EYES, this one says. How many of these pages are here?! I thought. Dang, someone really wants to scare the life out of people. Well, it's working. I ran towards home until my head started to feel like it was splitting apart. I tried to look up and saw a huge figure before me. He was wearing a suit, yet he had no face. Black tentacles were on his back, I think. Although, usually in movies, whenever someone sees something scary like that, they run away or either end up killing it. I had no intention of killing nor running away, so I just stood there. The figure was coming closer and closer until I pleaded he wasn't real. I kept saying it over my mind saying that's he's not real. Soon, the figure was fading. My mind became more calm in a second.
I ran and ran until I was finally home. My mom was worrying why my face was so white but I replied it was because I was sick and I needed rest. I later searched him up and found that he only exists in our mind. The more we believe he's real, the more real he becomes. So, if he only exists in our mind, why not make him more of a friend to me. I started to imagine a nice Slenderman, he can still kill, but he'll have more of a human personality. I didn't want to change his face because it was perfect just the way it is. Soon, that image appeared in my bedroom. Slenderman, but a bit nicer than before. Although, the strange mystery was, how come Slenderman attacked me earlier when I didn't know who he was? He only exists in our minds right? How come? That mystery still remains to this day.
Anyways, this Slenderman was a bit more to my liking. He was rather sweet but proper. I nicknamed him Slendy, but he would get angry at me and "told" me I should refer to him as Slenderman. I know he can't speak because he has no mouth, but somehow, a deep voice would just pop out of nowhere. My mom doesn't know about my new roomate and I prefer to keep it that way. He was a good friend and I didn't want to lose him.
Join Qfeast to read the entire story!
Sign In. It is absolutely free!
5.0
Please Rate:
5.0 out of 5 from 8 users

Hoodie886
You spelt Hoodie wrong, no hate. You are a really good story teller.
reply
Report
on August 29, 2019

ELINAviolets
PWEASE CONTINUE
I was like "and then he..." I scroll down a bit, and then... I wanted to cry :/...
THIS Story = AMAZINGLY PERFECTLY FREAK'EN AWESOME X3

I beg of you to continue it, pwease continue it O^O
this story made me laugh, tear up in the inside, think "OMG didn't expect that", "that was freak'en amazing", "I love it so much" and lots more awesome stuff. See More▼
your stories were original, excellent, full of the unexpected, funny, uniek, made me fangirl, suspicious, awesome, etc etc X3
I also tried to figure out what bad word was behind the censores, and most of them failed XD

If I could I would Love to help but this is awesomeness even I don't know how to go beyond, so pwease continue it...
It was my favorite story EVER and would do allot if you would continue it ^-^
reply

Lunacrafted
good for you im christian too
reply

Lunacrafted
Dank you
-licks lollypop-
I'm a weirdo but I good at writing and I have a creative mind
reply
Report
on March 09, 2015

Masubii_Chan
>U< Thanks!! I'm thinking about writing another story of creepypasta again but I don't seem to have enough time to write one. When I do, I'll make sure to add your OC. :3
reply
Report
on March 09, 2015

TicciToby335
Ticci toby doesn't have a weird smile it's a mouth guard because he has a bad scar on his left cheek.
reply

Masubii_Chan
I know it's just that I can't really fix it since I use my phone...
reply

Masubii_Chan
How do you like the ending?
reply
Report
on August 30, 2014

this is a story about one of my many prophetic dreams, but this is the most h...
16 reads 4 readers 0 by OneWeekAtKeishas 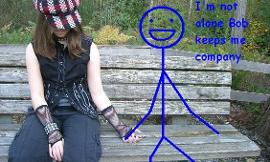 There's a girl named Kendall who has a creative mind! She made herself an ima...
12 reads 7 readers 1 by TheSkysTheLimit 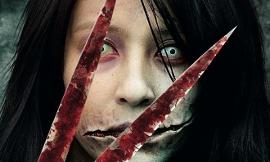 explaining baby stuff to y'all cuz i can

some of y'all are probably still like "ew babies gross i hate babies" so i am...
56 reads 18 readers 2 by dowogami 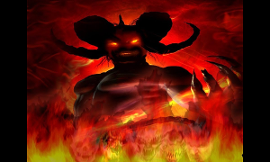 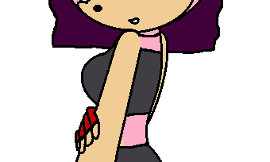 [This story is an entry for Revery's next story contest!] Have you ever wonde...
61 reads 25 readers 5 by Weiss_Schnee

From the Dead(Inspiration from a movie)

This is Kelly's Story