The White, Sticky Thread Of The Spider

Ciel's birthday coming soon, and so Sebastian prepares a birthday party celebrating it! However, during the party, a certain visitor arrives and stirs up some mischief... (this was written for my friend's b-day!) oh and btw, this is a terrible summary, but there is some "Special Cream" in here... :3

OH MAI GAWD! U GUYS IM SO SORRY! I HAVEN'T UPDATED ANY OF MY STORIES BECAUSE MY COMPUTER CRASHED AND MAI TABLET IS AWAY TO BE FIXED! IM SOOOOO SORRY! I FEEL HORRIBLE! I PROMISEPROMISEPROMISE THAT ILL UPDATE EXTRA CHAPTERS TO MAKE UP FOR IT!

Sebastian was in the kitchen; making his special triple-layered cream cheesecake for Ciel. His birthday was in two days, and this particular cheesecake took four hours to prepare, two hours to cook, and twelve hours to sighed. "Bochan better like this cake.." He muttered as he poured melted dark chocolate over the first layer, and added a bit of glaze to the chocolate to help it stick. Getting some fresh strawberries, Sebastian, quick as dark lightning, sliced, diced, then minced the fruit into microscopic squares. Then, grabbing a roller, he squeezed the strawberry cubes until they were a fine liquid. Getting some sugar, he rapidly mixed this with the strawberry puree and added syrup to give it a more solid texture. Swiftly mixing this mixture also made it fluffy and turned it a dark blood-red; similar to his own eyes. Pouring the mixture on top of the chocolate, Sebastian now had to wait for everything to cool for about fifteen minutes before adding another layer. Stepping back and leaning against the wall, Sebastian let his sharp demon senses flow as he closed his eyes.

Sebastian took a deep breath and smelled the sharp odor of dying plants, sighing when he realized that Finny had probably killed all the roses in the garden. AGAIN.

Taking another breath, his ears picked up a squeal as someone; probably Mey-Rin, tripped and fell, bringing down with her what sounded like the delicate, expensive china of teacups...

Sebastian pinched the bridge of his nose. Oh, these idiotic servants... He thought, dreading the mess Sebastian would have to clean up.

The butler listened for Bard. Now what is HE doing...? Sebastian grimaced; preparing himself for the suffocating smell of burnt food and gunpowder.

But strangely, no matter what sort of breath he took, Sebastian could not detect that scent. Something wasn't right here... Bard should be busy murdering the kitchen as well as Sebastian's patience. As he strained his ears more, suddenly he heard it.

In an instant, Sebastian had his ear pressed up against the pantry door, listening intently for any sounds that dared to seep out.

"Ahh, yes, Bard... mmmmm..." Sebastian's eyes widened as he heard the voice talking that could only be his Ciel's.

"Mmmmm... Bard... I want more... Ah! Oh yes... it's so good..." Ciel's voice moaned through the door. Sebastian narrowed his eyes. How dare his young master fool around on the side? And how he begged! So lewd... Ciel rarely begged for HIM like that... Suddenly the voice spoke again. "Ahhh.. yes... more... please, please more..." Sebastian heard the table creak, and Ciel moan in pleasure again. "You know Bard, I've decided I don't much like this... white stuff... but i suppose ill eat it anyway." Sebastian heard a distinct slurping sound and a few moans. "Whoops, I got it on my face..." He heard some footsteps. "It's okay, I'll clean it up!" called the cheery voice of Bard.

Oh no he wouldn't. Ciel was HIS.

Sebastian burst through the door. "DON'T COME NEAR MY BOCHAN!" Sebastian snarled as he grabbed Bard by his collar and held him right by his face. "Ciel..." He growled menacingly, "IS MINE." Slowly Sebastian picked up Bard off the floor, starting to strangle him. "If you so much as EVER look his way again...I'll...I'll... well.. I think you would prefer not to know..." Bard looked at him angrily. "What's wrong with me givin' the young master a bit o' breakfast?!" Bard said as he used his last few breaths to speak.

"Yes, I would indeed care to find out why." Said a stern voice behind Sebastian. He turned around and saw Ciel, his Ciel eating...

tw. this story has a bit of abuse and bullying in it, graphic detail of what ...
5 reads 4 readers 0 by zukoie.poo 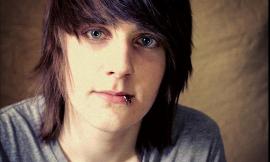 Percy Jackson Vs Harry Potter in... The Hunger Games!

A young 16 year old girl facing the challenges of being abused by her father ...
26 reads 9 readers 1 by Syderzz 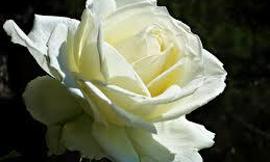 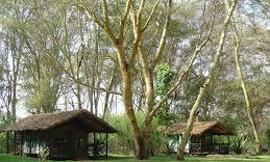 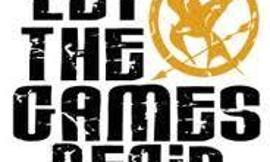 May The Odds Ever Be In Your Favor! 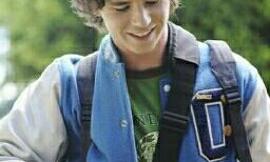 Axl. One of the most, if not the most, popular person in his school. Loved by...
71 reads 19 readers 1 by McDermottsAngel

Ciel, ever so innocent