Eggman has gotten what he wanted...

--Before--
Crystal the cat was walking to her favorite video game store, she was a block away until she couldn't move, she couldn't speak, she didn't even blink. Then she was harshly pushed into the building next to her, crashing into the window. She groaned and realized she can move again and....she got up had a couple bruises and cuts but she was fine....until she got to her left eye.....it was...robotisized. Fear quickly flushed in her body, her whole left eye and part of her cheek was robotic. She looked out the broken window then Amy, her friend, harshly grabbed her black sweater and forced her out the building by pulling her. Amy was a robot and the other möbian and the other. Robot after robot there were only robot möbians, she thought she was having a nightmare. She soon realized she being dragged by her best friend since she got to möbius, she squirmed and kicked and screamed. Then she demanded Amy "AMY. LET GO, NOW!!!!!" Amy stopped and looked at her and said "All MobIAns MUsT BE RobOtISiZED." Crystal's eyes grew in fear and anger, she kicked the back of Amy's knee then flipped her to her stomach "I'm so sorry Amy." Crystal mumbles before running off into the ally. She ran and ran until she came up to a building, an old building, with a broken window and she hopped in it and hid from the things she used to call 'friends' but......not anymore. She knew that Eggman finally got what he wanted and took away she had. She got depressed and angry for what Eggman did and she was going to revenge.....but first....she needed to survive the horrible mess Eggman created.

P.S I request for you to understand what's happening right now. Is to read Lilyicicle's story first 'the future of möbius' the real story, this is just my character POV. Don't worry I asked her first BEFORE I wrote this so don't report me, please.
Join Qfeast to read the entire story!
Sign In. It is absolutely free!
5.0
Please Rate:
5.0 out of 5 from 5 users

CrystalGem13
Thank you! Your character is next ?
reply

CrystalGem13
Can you send me a link of her?
reply

eieio
http://www.qfeast.com/page/YTGoW2/Sonic-Drawing-Requests/photo/KpFC13 The one on the left. With blue on. :3
reply
Report
on February 22, 2015

CrystalGem13
You did? But I did it get it
You know what this is the ONLY time I'm going to do this
What character do you want to put in this?
reply
Report
on February 22, 2015

AlwaysBeInfinite
The names actually 'Swift Element The Dark HedgeWolf' But close enough!!! Love it! Can't wait for the next chap!!
reply

CrystalGem13
Ok! You three can be in it I just have think somethin up to squeeze you guys in the story
reply
Report
on January 29, 2015

MelodyTheHedgebat
Can melody be in it?
reply
Report
on January 28, 2015

OctaviaTheWolfbot
I'll be in it if you want, nice job so far!!!
reply
Report
on January 28, 2015
Subscribe

Now this is a story about that you have gotten a rare/ semi deadly disease an...
136 reads 52 readers 4 by LavenderLace

This is a story about chara and frisk, and how they met, how the bad ending h...
9 reads 4 readers 0 by imjustundertaletrash 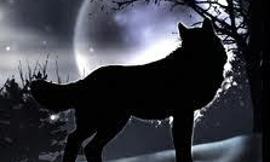 In To The Wold Part 1

One Day When Spirit And Her Mum Are Hunting The Hunt Turns For The Worst In A...
12 reads 7 readers 1 by CrystalClawxx 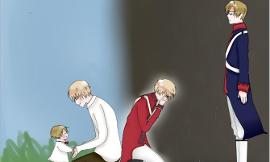 This is a hetalia story I made :p basically the storyline is..well there's ma...
88 reads 21 readers 30 by Your_Average_Fangirl 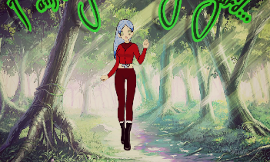 I ain't your ordinary wizard...

There's a town in Fiore called Magnolia where a famous wizard guild is based....
18 reads 7 readers 4 by ThatAnimeGirl 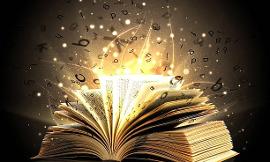 A girl who lost everything can bring back everything just by trying.We have b...
4 reads 3 readers 4 by Emikos.Misfortune

Ask me anything that you wish, I will also answer questio...
23 reads 9 readers 9 by BlueTheQuizWhiz97

Idk people have just been doing it so yeahh Tom: okay, bu...
23 reads 9 readers 12 by ToastyKing