A thrilling uwu tale of Sydney(Sirenix) X you being all romantic What will happen...Will you and Sydney end up together? Find out in this thriller romantic fic x reader

Okay so Y/n is your name, h/c is hair color and y/c/c is your character choice.


You walked into the 7-Eleven, the bell above the door making an electronic 'ding' sound.
It was one of those larger 7-Elevens, rather than those really small ones fit for an airport entrance.

Making your way to the snack section, you scanned the racks for a pack of mini Oreos and anything else that seemed like it would taste good. Oh, there they were. Mini Oreos, hooray. Just as you grabbed the Oreos though, you spotted a girl with light brown hair. You recognize her ofcourse, because she's the girl that's on your mind half of the time. Sydney.


She hadn't seen you yet because her back was turned, examining the cold drinks in the cooler. So you ran a hand through your H/C hair, grinning as you walked up to her.
Tapping her shoulder, she turns around swiftly, a Cola in her hand.

Her confused expression turned to a beautiful smile. You adore that smile. "Hey Sydney~" You say, busting out a finger gun. Sydney gave you a small wave with her free hand. "Oh, hey Y/N! Nice seeing you here."

"Even nicer seeing you here. Wonderful even. You know it's always wonderful seeing you, Sydney," you say with a wink.
Sydney keeps the same friendly smile on her face. "Thanks."

You run your hand through your hair again. "I was just here to get some Oreos. But it looks like I ended up finding an even better snack~"
The brunette girl closed the cooler door behind her. "Really? Which snack? I wanted to try some new snacks myself. Kinda getting tired of the same ol' Pringles, ya know?"

You nodded your head, upset she didn't get that she was the snacc you were talking about. But that wouldn't discourage you. So you took another shot at it. "Well I do recommend the cinnamon rolls. They're sweet, just like you~"

Sydney kept the same friendly smile on her face. "Oh, thanks. You're...sweet, too? And I'll be sure to try the cinnamon rolls soon. They sound good."

You mentally groaned. Ugh, why does she have to be so oblivious? Keep it together, Y/n! Moving closer to her, you take the Cola from her hand, brushing her fingers with yours. Sydney gave a confused frown.

You gave her a flirty smirk. "I don't want your cute little hands being cold from holding the Cola. Then we'd have to hold hands, unless you want to anyway~"

Sydney looked up into your eyes, her stormy grey orbs twinkling and her perfect lips formed into an "O." You thought, finally she got it. Then she said, "Ha, you're right. My hands are kinda small. People tell me that alot. But I'm not bothered by the Cola. It isn't that cold."

You mentally cursed. You sighed, thinking maybe you should just give up. But maybe not...You gave her back her Cola. "Hey Sydney, how's about we head on over to my house to...play some Smash Bros, yeah?"

Sydney nodded her head. "Uhh...Okay, sure. I am pretty good at Smash Bros ya know." If you weren't infront of Sydney right now, you would've fist-bumped the air with a 'YES!'


-Timeskip to your house-


You and Sydney sat on the carpet floor of your room(if u have no carpet, now you do).
You handed her a controller. "Ready to play?" Sydney gave you determined look. "You ready to lose?" You shrugged. "Maybe, maybe not." You patted her head, smiling. Her soft brown hair felt nice against your palm.

Sydney turned her head away from your hand, fiddling with the carpet. "Right...So, let's start?"


So you two began playing, and so far Sydney was in the lead. She laughed as her character beat up your y/c/c. "Looks like I'm gonna win, Y/n!" You decided to let her win in the end. It was apart of your plan...

GAME OVER! Sydney jumped up. "Yes! Haha, good game Y/n! Guess I was just too good though." You shrugged, setting your controller down gently. "Yup, you're too good for me Sydney." She sat back down.

That's when you began scooting closer to her. "I think...The champ deserves a reward. Like...a prize. I can give you one, Sydney..." Your faces were inches apart as you gazed at eachother. You could really admire her dazzling grey eyes in this proximity.

Sydney looked confused as she leaned away, grasping her own controller, raising a brow. "Uhh, what prize? And why are you getting so close to me?" She frowned.

You chuckled at her iNnOcEnCe, cupping her face in your hand. "To give you your prize..." That's when you leaned down closer, lips about to touch...

Sydney froze. She didn't know what to do.
Then came a loud CRASH from the next room. Before either of you could move, you felt your body being tackled to the ground. "AHH!" you screamed, and Sydney backed away.

Hovering above you was a dark-haired male with a sword. "What the fûck!!??" You tried prying him off. But he was too strong. He then held the sword to your throat. "No ONE kisses or touches MY wife like that besides ME! GrrrRRR"

Sydney tried getting up. "Sasuke?"
Sasuke turns to her, not taking his sword away from your jugular. "Oh, hey Sydney sweetie. I'm just gonna kill Y/n here, then we can cuddle, okay?" Sydney nodded her head. "Okay!"

Your eyes traveled to Sydney. "S-Sydney! Help me, please!" Sasuke slapped your face. "Shut up! Don't tell my wife what to do! RESPECT women! You won't get to respect women though, since you'll be dead!" He then raised his sword, bringing it forcefully down, slashing straight into your throat.


Sasuke stood up, dropping his sword. Sydney ran over to him, wrapping jer arms around him. "Oh Sasuke, you really know how to respect me!" Sasuke hugged you back, his face tinted with pink. "I'll always respect you, Sydney my wife..."
He booped your nose, making an 'uwu' face.

williamvhale
I am glad to discover this site. I needed to thank you for this colossal read!! Great composed. Substance composing is enthusiasm for me. I have extraordinary research characteristics. A debt of gratitude is in order for sharing this marvelous posting. I trust you will like my administrations for your vocation and concentrate in higher classes. I completely getting See More▼ a charge out of each petite piece of it and I have you bookmarked to test out new substance you post. https://essayservices.org/
reply

The.Ice.Is.Melting
Thank you for your time, William. I am glad you enjoyed my story. And I thank you for sharing the essay service link. I'm sure the lessons will be constructive and useful towards my ability to write. Perhaps my substances shall expand in well written composition.
reply
Report
on October 30, 2019 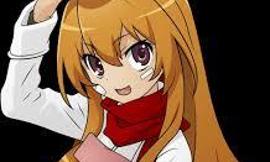 Tsunderes are JUST mean to senpai, right? Then what the hell is Taiga Aisaka ...
78 reads 15 readers 144 by xXEmo_KingXx 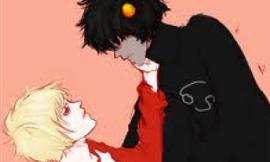 DaveKat (OTP) The young troll smiled into the humans neck. He was happy wit...
134 reads 23 readers 0 by malfunctioningEgoist 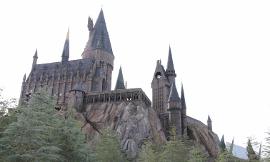 Grace's life is turned upside down as she moves to Hogwarts in her sixth year...
15 reads 6 readers 3 by Livvi1256 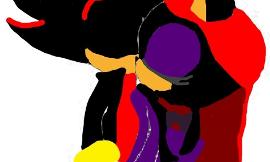 There's little bits of stories when Alexis met Shadow but this story is not c...
120 reads 28 readers 13 by Noescaping 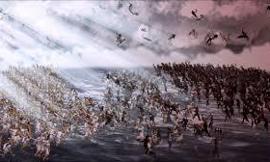 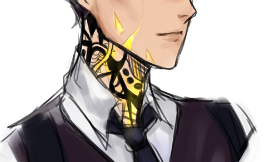 First ever fanfiction please don't hate - basically you meet the boss of the ...
3 reads 3 readers 4 by UwUshibe 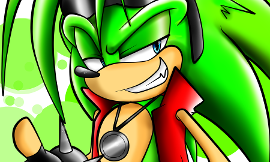 Okay, I'm gonna maybe probably update every now and then but school and my ot...
127 reads 52 readers 7 by LavenderLace 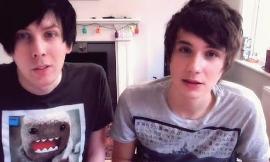 A random phanfic I just found off Fanfiction.com. If you think it's a little ...
25 reads 14 readers 7 by Phanecdotes

Diary of an Awesome Kid

Arthur and Arthur, the Hetarthur Crossover