If you are a fan of Warrior cats, then you must know Princess. What if she decides to join Thunderclan? Will stuff change or stay the same? please don't be mad at me if you don't like princess's warrior and/or apprentice name and please don't be mad at me if i got some lines from the actual book Warrior cats: Fire and Ice I just want to make sure this story kinda fit in with the actual book. NOTICE: I'm going to make a new chapter every day. I just want some feedback on the previous chapter. Enjoy!

Princess decides she wants to join Thunderclan with her kit

Fireheart leaped over the twoleg fence to meet his sister, Princess. By the time he reached her he saw a tiny white kit.
“Is this your kit?” Fireheart asked.
“Yes, in fact my firstborn.” Princess replied, licking the kit. “I’ve heard about Thunderclan and I decided for me and my kit to join Thunderclan.”

“I never expected…” Fireheart began. “But won’t you miss your twoleg?”

“Well, no, I want my kit to have a bright future, and I also want to see what clan life is like”

“Some warriors already hate one kittypet in the clan.” Fireheart said. “How will they react if they have three kittypets in Thunderclan?”

Fireheart hesitated for a moment then finally made his answer.

“Okay.” Fireheart said. “You and your kit can come with us, but loose the collar.”

After Princess ripped off the collar she carried her kit and followed Fireheart to Thunderclan, by the time they reached Thunderclan a few warriors already spotted her. Blue star walked out of Yellowfang’s den to see what was happening.

“Who are they ?” Blue star demanded.

“This is my sister named Princess and her firstborn.” Fireheart replied

“Your sister!” Tigerclaw glared at him.

“You have a sister?” Called Speckeltail. “Where did she come from?”

“The same place as Fireheart was born, of course.” Longtail hissed. “Twolegplace!”

“Is this true?” Bluestar asked

“Yes.” Fireheart admitted. “My sister wanted to see what clan life was like.”

“And why would she do that?” Bluestar asked, staring hard into Princess’s scared eyes.

“I told her what clan life was like-how great it was….” His voice trailed away under Bluestar’s glare.

“How long have you been visiting twoleg?” Bluestar asked.

“Loyalty?” Darkstripe’s yowl rang out across the clearing. “and yet you bring a kittypet here?!”

“Isn’t having one kittypet in the clan enough?” Croaked one of the elders.

“Trust a kittypet to find another!” snarled Longtail.

Princess flattened her ears angrily, she wanted to speak against these rude comments but she thought it would be best to just stay silent. When the insults died away Bluestar spoke up.

“The clan has enough to worry about already without this.” She said.

“If Princess carries Fireheart’s blood, then she will make a good warrior.” A cat called out.

Princess looked up to the crowd to see who that was. The crowd all stepped aside to
look at Graystripe, he nervously looked at the crowd as he started walking towards Fireheart and Princess.

“You shouldn’t have brought them, Fireheart.” Whitestrom said. “They will be too soft for clan life, they were born a kittypet.”

“Silence!” Bluestar said.  “Tigerclaw, what do you think?”

“I say we get rid of these extra kittypets!” Tigerclaw snarled.

“Goldenflower, what do you think?” Bluestar asked.

“The kit looks too small to survive until newleaf.” The queen remarked.

“It will eat all our fresh-kill until next snowfall and then die of cold!” Spat Runningwind.

“Okay, that’s enough!” Bluestar said, sighing. “I must think about this.”

Bluestar padded to her den and disappeared inside.

“Thanks for sticking up for us.” Fireheart said to Graystripe.

“No one else was going to do it.” He said walking away.

“Were they so quick to judge you?” Princess asked Fireheart.

“Some cats were.” Fireheart replied.

“I know where he can get some milk.” Fireheart said.

They walked over to the nursery and found Brindleface with her two kits. Frostfur walked inside of the nursery.

“One of Brindleface’s kits died last night.” She whispered to Fireheart and Princess.

Princess went over to Brindleface and placed her kit down.

“I’m so sorry for your loss.” She whispered into her ear.

“Brindleface.” Frostfur began, “I can only guess how much pain you feel right now, but this kit needs milk.”

“I know he can’t replace your son, but he needs warmth and care.” Princess said softly.  “Will you do that for me?”

The kit’s cries grew louder, it could smell Brindleface’ milk and began to squirm blindly toward her soft belly. It nuzzled its way between the other two kits.

“Thank you, Brindleface” Princess said, smiling. “I think imma stay here with my kit for a while, is that ok Fireheart?”

“Bluestar has to figure out if y’all are allowed to stay or not.” Fireheart replied. “We have to go meet her with the other cats.”

“Don’t worry, Princess.” Brindleface said, licking the fluffy kit. “He is safe with me.”

Princess smiled and then walked out of the nursery to join Fireheart and the other cats. Tigerclaw jumped on the high rock with Bluestar.

“Now, I know we need warriors.” Bluestar said. “Cinderpaw is injured and will never be a warrior, and we lost one to greencough.”

Princess has heard of Cinderpaw, she wanted to know where she was at. Maybe they could be friends.

“I have decided to let Princess and her kit stay here.” Bluestar said, looking down at Princess. “Brindleface has offered to nurse the kit.”

Princess and Fireheart both sighed of relief by Bluestar’s choice.

Princess went in front of the crowd and looked up nervously at Bluestar and Tigerclaw.

Lots of unsatisfying mummers spread across the crowd, but Goldpaw didn’t care, all she cared about was impressing Bluestar and becoming a great warrior.

“Your trainer will be Willowpelt.” Bluestar said. “Your training starts tomorrow.”

Fireheart knew Goldpaw was going to get along with Willowpelt. He felt a little better because he knows that his sister is going to be safe with Willowpelt.
Join Qfeast to read the entire story!
Sign In. It is absolutely free!
0.0
Please Rate:
0.0 out of 5 from 0 users 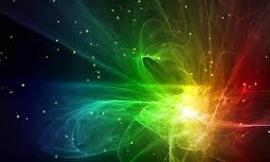 The sorcerers of Lavada

When 4 tribes of magic rise from a darkened world the claim all glory for the...
13 reads 7 readers 3 by threebeltking 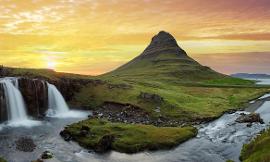 Three horses. One goal. Iceland. This is a book I'm currently writing. As I ...
5 reads 4 readers 3 by MysticHorse27

This is the full story behind the characters in this thing I have created. Wh...
4 reads 3 readers 1 by breann.west.5

H-Hi I am Chris and this is my J-journal. i need help. If you are reading thi...
62 reads 13 readers 20 by Chris_Aftonsadboi 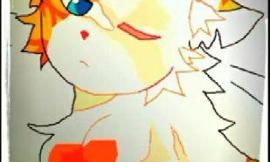 The Runt That Gets Nothing

Nothing right now. I don't have anything to say about this Story yet. I will ...
2 reads 2 readers 0 by XxNarwhalChanxX 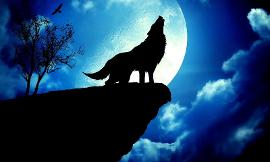 Something strange has been happening to Julia Aran. She has vivid dreams, and...
76 reads 20 readers 5 by Silverspiritwarrior

In my mind (prolouge) Yeah I have enough info for a prolouge.

Hiya. I know I have a lot of books floating out there but this one is actuall...
9 reads 3 readers 0 by Kinnare 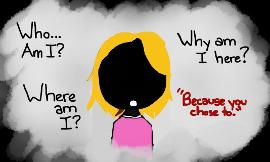 All this is, is explaining my character Emiko's backstory along with her non-canon lover Zero.Also excluding her sister that is canon and including her original and still canon brother Tomura Shigaraki {Tenko Shimura} but not i...
4 reads 3 readers 0 by EmikoShigaraki

Jeremy was abused all through his childhood by his father...
44 reads 11 readers 0 by Azura_stories