Nyu wasnt ment to fall for Sesa. She was... Special. But she did, and she fell hard. Both her and her split personality. At first, a small glance. Then, a gentle kiss. Finaly, a brutal murder. 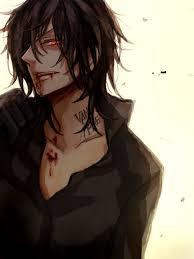 Prince of the Vampires

Nyu was so happy she could scream.

"Omygawed you won tickets to a Vampirium show?!" Her best freind, Akiko, says as they celebrate. "I cant believe it!"
She nods excitedly, then says the only thing she can say.
"Nyu! Nyuuu!" She said, jumping up and down excitedly.

Vampirium was their favorite band, and thats what originaly got them to be friends.

"Oh my god, Nyu, I cant wait!" Akiko squeels.
"Nyu! Nyuuu nyu!" Nyu says, pointing to the tickets. "Whats this?" Akiko asks, taking a ticket and looking at it. Her eyes got wide, then she squeeled again.

They got dressed in their best band attire:
Bracelets, boots, makeup, the whole nine yards.

"You ready for bloodshed, child?!" Akiko says, repeating the singers famous phrase, hissing like a cat.
Nyu nods gladly, then makes a biting motion as Akiko grabs her car keys.

At the concert, Nyu and Akiko showed the bouncers the VIP tickets, then went back stage.
"Oooogaaawed Nyu, Im so excited!" Akiko squeeled as the big bouncers escorted them to the guys' room. "I think Im going to puke!"
Nyu was just as excited, abd she was shaking. Either with excitement or fear, one could not tell.

The bouncer opens the door, showing the girls in as he says, "Hey, Sesa, I got the contest winners."

Nyu gasped.
Sesa smiled, showing off his large canines. His eyes were blood red, and his hair was as dark as night. He was tan, and dear god he was-

"Thanks, Max." He said, his deep, masculine voice sending chills against Nyu's spine. "So you girls won it, huh?"

Nyu nodded slowly, a small blush showing up on her face.
Akiko smiled, then said, "Im Akiko Satorei, and this is my best friend Nyu. She has a huge crush on you!"

Nyu grew redder, then hid her face in her jacket, getting a georgious laugh from Sesa.
"She's cute." He says, getting a squeek from her. "Shy, but cute."

Nyu shook, then hand-signed that she wanted to leave.

"If you want to leave, go ahead." Sesa said, standing up. He was taller than tv let on: he looked 6'7, but he was actually 7 foot. "Im not keeping you here. Besides, we have 30 miniutes before the show begins." He grabs his guitar, then a bottle of red liquid.

"Is that blood?!" Akiko asks excitedly.
Sesa chuckles. "Nope. Cherry kool-aid. But dont tell anyone. Image is half the battle." He says, winking at them.

The rest of his band gathered their things, then headed for the stage.

"Max, make sure they get front-row seats and unlimited access to the merch." Sesa says to the big man, jogging onto the stage as the fans let out a mighty cry of adoration.

Akiko was practically vibrating.
"He is sooo HOT!" She said, fanning herself and panting to emphasise her point.

Nyu smiled.
He was a LOT nicer than he looked.
So much nicer...
Join Qfeast to read the entire story!
Sign In. It is absolutely free!
5.0
Please Rate:
5.0 out of 5 from 2 users

SierraMWay
Damn boi, how dafuq can you write like that? Holy fvck.
reply
Report
on October 23, 2017

TylerWay
3 years later, is that the ending?
reply

TylerWay
Poor doctors, mutilated so perfectly. Medicine name was missing. Will it be important?@xXEmo_KingXx
reply

TylerWay
Are you working on the next chapter? @TylerWay
reply
Report
on May 01, 2017

TylerWay
Damn, Lucy is wild. Poor Sesa, he was all like WTF just happened. It was beautiful. @xXEmo_KingXx
reply

xXEmo_KingXx
Thanks! Shes got SPS, or Split Personality Syndrome. She can snap at literally any second.
reply

xXEmo_KingXx
Or someone else might die. But the next chapter is going to be a "Attack on the feels" chapter.
reply
Report
on May 01, 2017

TylerWay
That was a cute chapter. I love that Nyu followed him from the beginning. I have a feeling that the next chapter id going to reveal some secrets. @xXEmo_KingXx
reply

TylerWay
It starts off great! I like Nyu, I feel like she might do something that results in bloodshed. The quiet ones are the most dangerous. @xXEmo_KingXx
reply 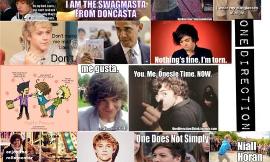 so here are some imagines i dont do dirty ones there just too awkward sorry i...
164 reads 34 readers 39 by madison1 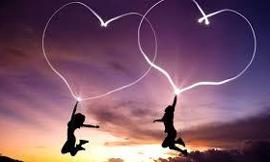 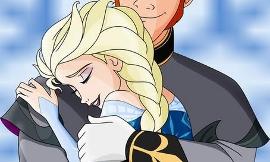 my old love is still ALIVE! 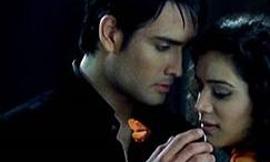 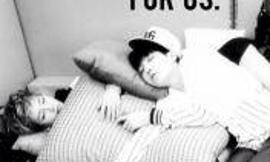 I've Fallen for Us (A Vhope fanfic)

Taehyung is in love with Hoseok, his room mate and best friend. There's only ...
1 read 1 reader 0 by Joons12inch 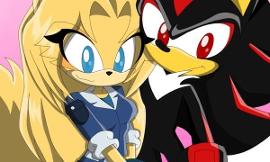 I Will Always Be Yours

This is a Maria x Shadow fan fiction of how this couple got together after th...
24 reads 17 readers 4 by FlamingCore 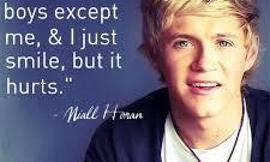 This is for my friend Blanket.Loves.Ally. I hope she and you all like it. Ple...
41 reads 22 readers 4 by ZiallLarryAndleyCashleyJalex