abdelfatahdroesh published on May 17, 2014
12 questions
Be the first to add this question to starred list!
▼Scroll down for more questions▼

hassanelagouz
Islam decreed a right of which women were deprived before Islam: The right of independent ownership. Islam acknowledged the woman’s right to her money, real estate or properties. This right undergoes no change whether she is single or married. She retains her full properties. It is nowhere suggested in the Quran or the Sunnah that a woman is a minor because she is female. The Muslim woman keeps, all her life, her maiden name, an indication of her independent legal entity.

2. See More▼ Financial Security
Financial security is assured for women in all stages of their lives, as a daughter, wife, mother, sister and sister in faith.
a. As a daughter: Her father is fully responsible of her until she can earn her sustenance or get married.
b. As a mother: Her husband should provide for all her needs. If he cannot, her son takes over the responsibilities of his father.
c. As a sister: If the father cannot meet his responsibilities, her brother replaces the father.
d. As a sister in faith: All the Muslim community is responsible for the women in need. Zakat (the obligatory Alms) is there to provide for them.
e. As a wife: She is entitled to full financial support during marriage, and during waiting period (Iddah) in case of divorce or widowhood. The divorcee is also entitled to alimony from her ex-husband. Her financial support does not depend on her own wealth but on the husband’s wealth.
reply

hassanelagouz
3. Inheritance
Islam restored to the woman the right of inheritance, after having been herself an object of inheritance in some cultures. Her share is completely hers and no one can make any claim on it, including her father and her husband. Her share in most cases is one-half the man’s share with no implication that she is worth half a man. The variation in See More▼ inheritance rights is only consistent with the variations in financial responsibilities of man and woman according to the Islamic law. Man in Islam is fully responsible for the maintenance of his wife, his children, and in some cases of his needy relatives, especially females. This responsibility is neither waived nor reduced because of his wife’s wealth or because of her access to any personal income gained from work, rent, profit or any other legal means. She has no obligation to spend on her family. An examination of the inheritance law reveals not only justice but also an abundance of compassion for women.
reply
on May 18, 2014
Report
on May 18, 2014
Report
Subscribe 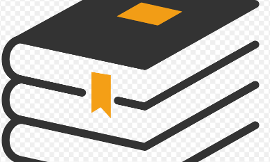 Jennifer Lawrence (Katniss) was friends with one other actor before she even found out she would play Katniss. Who was it? 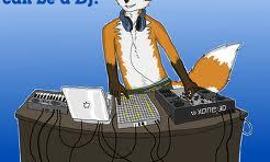 I need help for my story competition
37 / 54 by ARTPOP 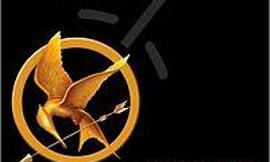 Is the Hunger Games worth reading?

I just want your opinion if I should read it or not.
30 / 47 by HermioneGranger24

has anyone read the ghost bird books?

i have recently read these amazing books and was wondering if anyone else had...
0 / 0 by ponyzx 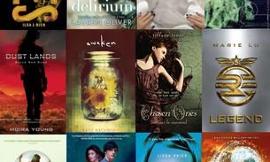 What are some goods dystopian books with competitions in them

I love dystopian books with competitions or riddles where someones life is on...
1 / 0 by threebeltking

Do you know what this book series is?

Has anybody heard of The Chocolate Box Girls? It's one of my favourite book s...
9 / 0 by swageyamatobiyolo