Veiled published on March 27, 2017
88 questions80 polls2 pages
Be the first to add this question to starred list!
▼Scroll down for more questions▼

sialjoans
I'd make studying fun for them.
I'd read them stories.
And play alphabet videos since toddlerhood for them, so that their brain develops.
If they disobey, I won't punish them finically, but mentally.
Meaning, making them regret it and having them know why it was wrong.
reply
on November 02, 2017
Report
Answer Link
↑
1
↓

RosenEliza
I would use time outs while they were still young, (1-11) But when they got older punishments would be taking away a object they liked or grounding.
Example - Child pulls a toy off the shelf at the store after I told them not to.
Child is made to sit in the cart with nothing to play with and me not talking to them for 5 minutes, after time is up ask child if they be good for the rest of the time in the store.

Example - Child doesn't do chores then throw tv remote when asked See More▼ to do them.
Television is taken away for the rest of the day with no excuses, they are not allowed to watch TV with anyone else. The remote to the TV in their room is taken.

Example - Child sneaks out of the house when told he couldn't go out to play, to go out and play with friends.
Child is told that they cannot watch tv, surf the web,use their cellphone, or go outside other than school until they are able to act responsibly. This will happen for the rest of the week until the next weeks Monday.
reply
on May 10, 2017
Report
Subscribe 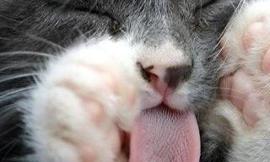 If you were stranded on an island with a shoe a plank of wood and a panda bear how would you escape.

By the way the panda bear can swim and the shoe can turn into an airplane.
34 / 88 by pandalovertothemax 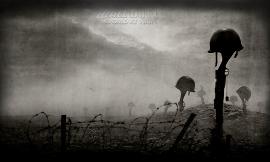 Is war better then peace? Or vice versa?

I'm honesty not sure.
6 / 3 by SoulOfTheWolves_Inactive

What do you admire in others?

What is a jock?

So there's heaps of quizzes and stuff about being a jock, one of the many hig...
4 / 0 by ShakiraK

who is your role model and why?

Who is the person whom you like and learnt from him/her and think him/her as ...
7 / 7 by akkoniverse

Why do homophobes go out of their way to insult the LGBT community?

I go on a website called TeenChat(My username is OddShyGirl). It's a chatroom...
4 / 2 by TinyOtaku

When do you go back 2 school? 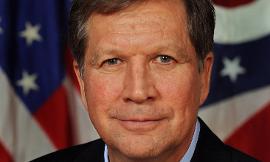 Why do people dislike John Kasich so much?

I have been following the presidential race in the US. I can't count how many...
1 / 0 by lizzdoolittle0108

To be honest i have at least 45. Not joking i have that many. So how many do you have?
2 / 0 by MyInnerYandereIsAyanoAishi

Other Questions from Veiled

Can someone help me with math?

What is the one thing you'd change about the world?

Would you befriend a psychopath?

If you were on death row, what would your last words be?

Should adults and juveniles be given the same punishments?

Who's your favorite character, and why?

If Sunday's the start of the week, why is it called a weekEND?

What makes you, you?

What influences you most?

Does an abusive past excuse abusive actions?

What if you got to choose how things went after we died?

What do you hope to be remembered for?

How would you react to waking up famous?

What do you believe in?

Is there any type of person you can't stand?

I have five daughters, and each has a brother. How many children do I have?

Lets say your death came unexpectedly early. Would you die satisfied with your life?

Should we feel indebted to our parents?

What makes you happiest?

What do you want for your birthday?

How would you explain the concept of color to someone blind?

What are you doing for Mother's Day?

Is it alright to torture terrorists for information?

How do you spend most of your time?

Are we all equal?