karris.brown (Karris Brown) published on December 30, 2019
2 quizzes2 stories39 questions4 polls2 pages
Be the first to add this question to starred list!
▼Scroll down for more questions▼

unicorncupcake
maybe her action could be more like a hobby like coleting buttons and for the magical aspect the vampires house could be invsibol to the naked eye
reply
on December 31, 2019
Report
Answer Link
↑
0
↓

step 1
-----pick a main goal for Becca because she's your main character
some starters are finding someone who went missing, or a cool one would be retracing her steps through a murder that she took part in to erase all the evidence she (or others) were there.
once thats done, you just have to write down a list of obstacles and shocking reveals beneath it
this is how one of my story templates looked for example:

-----olivier See More▼ wants to find his friend (Miles) who he realized went missing
----------his other friend leaves him because he thinks he's stupid since he believes miles is alive despite there being a high chance he probably got kidnapped by the mafia, and considering miles is a rich old man, that aint good. they fight about it, damaging their relationship
----------olivier finds a kid on the street while he's yelling in his car about how shitty he thinks his "friend" (the one who fought with him) is
----------rumors spread that miles is burried in this construction site
----------olivier and the kid raid and kill all the construction workers to dig up the placem hoping to find mile's body even if he's dead just to know what happened.
----------they get caught and have to run away from the police after having killed a third of the construction guys

i know its simple, but it took me forever to come up with stories until i started formatting it like this?

i dont know enough about your world to help sorry
reply

karris.brown
If I gave you more details would you be of more help?
reply

karris.brown
Yeah I'm 15.
Personalaly I think it's shite but who knows publisher might like shite... Any way thanks for reading it .
I kinda magpied some ideas from a couple of my favourite books
Twilight
The French kiss See More▼
And trust me
Because I thought I could add my own twist, and I'm deffo gonna add the whole necklace eclipse thing some where
You've been great
Thanks for every thing @eedenVertigo I'll keep you updated!
reply
on January 04
Report

yiffart
dw it worked for me
dude thats amazing
no offense but im guessing youre 15 because your name has 2004 in it? even if youre not, i just wanna say its great
but if youre 15 or younger i am so f♤cking impressed. this is the level i wish i couldve been writing at at 15. your dialogue seems natural . i dunno a thing about france though but im sure with google searches See More▼ you can make it really immersive
reply
on January 03
Report

karris.brown
The link doesn't work so I'll try something else if not your going to have to type it in manually... Sorry:(
reply
on January 03
Report

karris.brown
It is amazing!
Before you sent me this I wrote a beginning where Becca has been left in Paris and meets some characters.
I'll send you it.
By the way... Love the eclipse part deffo gonna add all that in thanks
reply
on January 03
Report

yiffart
i think thats a good idea for a story
um im not the best and i think i have way too much detail in this
it was so long i couldnt sand it in text so i copied it on this, but only people with the link can see it and its still yours to make a story with if you want it :)
https://www.qfeast.com/story/CLV1TT/Vampire-thing
reply
on December 31, 2019
Report

karris.brown
Becca is sent away to a boarding school in France,she has anxiety and suffers panic attack due to traumertized childhood( don't know what though )
She develops a crush on a boy only to notice the vampire boy and his family.
I want her to create a bad image for herself so she has further to fall when she falls in love, but I'm not sure how.
I also want to add See More▼ action and magic into the mix as well as suspense.
She's 16
Brunette
Green eyes
Bad attitude
And mixes with the wrong crowds.

Is that any help?
Thanks a bunch for this it means a lot!
reply
on December 30, 2019
Report 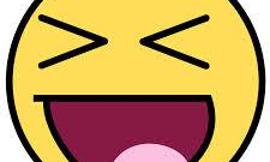 Have you guys read the qfeast story 'Discovering Rose'?

Because my friend Clove has written an amazing story on qfeast and it seems l...
3 / 0 by XavierB

What keeps you going in life?

some natural resources that are harvested in new york include 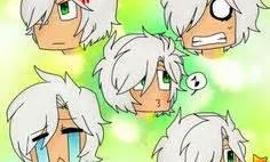 Who is your top Singer or Singers?

My favorite singe is Taylor Swift. Her songs are catchy and they speak the tr...
1 / 0 by KawaiiLove

how do u draw anime/manga?

I just cant draw ether of them, I can never get the body and head/face, I jus...
5 / 1 by Fandomgirlwholoveseverything

PLEASE ANSWER THIS QUESTION I AM STUCK

Okay, so basically when I get older I want to be an author. I am trying to wr...
6 / 1 by itsmyblogsoimpostingwhatiwant

kinda wanna write for Roger again but no clue what to write— give me some ide...
1 / 0 by sherlocked

does anyone ever say something dark out of nowhere?

Petition for the OG emotes

what do you think about momo?

i told my friend i liked her was it the right thing to do?

whats your all time fav movie ?

How do i tell my best friend I like them?

Do you think I told my crush I liked her?

How do I follow my dream of becoming an actor when my parents think I'll never be able to do it?

How do u over come a fear of singing?

I fed up of people going out with me then blowing me off when the next girl comes along! Is there anyway I could get one on Here