abdelfatahdroesh published on April 12, 2014
12 questions
Be the first to add this question to starred list!
▼Scroll down for more questions▼

Beauty784
The Muslims see Jesus as a prophet, they don't believe he is the son of God, and that is what makes them different from Christians. Yep...
reply
on April 12, 2014
Report
Answer Link
↑
1
↓

hassanelagouz
Islam sees Jesus the actual look that mind and intellect agree to, he is God’s servant, he can be alive and dies, he can be healthy and ill, he can be weak and strong, i.e. he has all things that happen to man at different stages of his life. But God chose him and purified him and gave him prophecy and mission, God says:
“He (Jesus) said: I am indeed a servant of God, He has given me revelation and made me a prophet. And He has made me blessed wherever I be, and has enjoined on See More▼ me Prayer and Charity as long as I am alive. He has made me kind to my mother, and not overbearing or miserable. So peace is on me the day I was born, the day that I die, and the day that I shall be raised up to life (again).” Surat Mariam, Verses 30, 31, 32, 33.
It was narrated that Ja’far Ibn-Abi-Taleb when he emigrated to Ethiopia with some Muslims, the people of Mecca sent Amr Ibn-Al’Aas with a delegation and gifts to the king of Ethiopia to get them Ja’far and the other Muslims back. They told the king that those Muslims say bad things about Jesus; the king called Ja’far and the other Muslims with him and called his bishops and rabbis, then he asked Ja’far what they say about Jesus the son of Mary, Ja’far recited those verses we mentioned from Surat Mariam, the king and the monks wept and the king said: By God, this (Koran) and what Jesus got come from the same source. He scolded Amr and the people with him and he announced his protection for Ja’far and the other Muslims in his kingdom.
reply
on April 13, 2014
Report
Answer Link
↑
0
↓

revenge
Jesus was just another of Allah (God)s prophets. Not the messiah. To Jews, he is not considered much at all. Jews don't really like his beliefs. Christians believe he is the messiah.
reply
on October 02, 2014
Report
Answer Link
↑
0
↓

Nightcat
Is this for homework?
Yep same as Beauty784
reply
on April 12, 2014
Report
Subscribe

What is your favorite scary legend?

What is your guys favorite scary legend? Mine is Sally Stitch.
5 / 5 by kittey 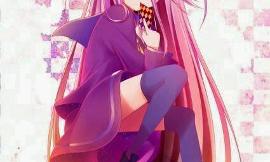 Do you wish real life was like a manga?

Like, if real life romance was all dramtic, all you needed was tears and a bl...
7 / 4 by TsumikiMiniwa

Is the benefit of reciting translated Koran the same as reciting it in Arabic?

the benefits of reciting translated Koran
1 / 0 by mohamed.maged.106 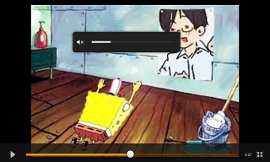 Why do people think Germany and Prussia are Nazi's?

I get how in one episode Germany says he had a.crazy boss which probably refe...
2 / 2 by Your_Average_Fangirl 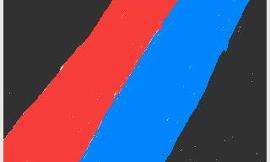 What are you u useally feeling?

I'm terrible at it! do you know why?
1 / 0 by HeroDreadmalSkylarV5

What is your favorite country besides America? 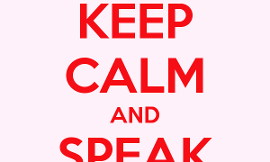 what do you think americans think about germans

you may know i'm german but what do americans and other types of people think...
6 / 3 by Icelandpatha

Personally have a fujifilm XP 120. The battery is in right, and l've left it charging for 4 hours... 4 FREAKING HOURS! The little noise and light comes on ONLY when l have it connected to a charger, but the screen stays black N...
0 / 0 by trisntea.c