abdelfatahdroesh published on April 10, 2014
12 questions
Be the first to add this question to starred list!
▼Scroll down for more questions▼

hassanelagouz
It is a common misconception with some non-Muslims that Islam would not have millions of adherents all over the world, if it had not been spread by the use of force.

The following points will make it clear, that far from being spread by the sword, it was the inherent force of truth, reason and logic that was responsible for the rapid spread of Islam.

“There See More▼ shall be no compulsion in [acceptance of] the religion. The right course has become clear from the wrong.” (Quran 2:256)

The noted historian De Lacy O’Leary wrote:[1] “History makes it clear however, that the legend of fanatical Muslims sweeping through the world and forcing Islam at the point of the sword upon conquered races is one of the most fantastically absurd myths that historians have ever repeated.”

The famous historian, Thomas Carlyle, in his book Heroes and Hero worship, refers to this misconception about the spread of Islam: “The sword indeed, but where will you get your sword? Every new opinion, at its starting is precisely in a minority of one; in one man’s head alone. There it dwells as yet. One man alone of the whole world believes it, there is one man against all men. That he takes a sword and tries to propagate with that will do little for him. You must get your sword! On the whole, a thing will propagate itself as it can.”
reply

hassanelagouz
The only sword they have in their possession is the sword of truth. It is this sword that is converting thousands to Islam. • Islamic law protects the privileged status of minorities, and that is why non-Muslim places of worship have flourished all over the Islamic world. Islamic law also allows non-Muslim minorities to set up their own courts, which implement See More▼ family laws drawn up by the minorities themselves. The life and property of all citizens in an Islamic state are considered sacred whether they are Muslims or not.
Conclusion It is clear, therefore, that Islam did not spread by the sword. The “sword of Islam” did not convert all the non-Muslim minorities in Muslim countries. In India, where Muslims ruled for 800 years, they are still a minority. In the U.S.A., Islam is the fastest growingIt is a common misconception with
reply
on April 11, 2014
Report

hassanelagouz
• Muslims ruled India for about a thousand years, and therefore had the power to force each and every non-Muslim of India to convert to Islam, but they did not, and thus more than 80% of the Indian population remains non-Muslim.
• Similarly, Islam spread rapidly on the East Coast of Africa. And likewise no Muslim army was ever dispatched to the East Coast of See More▼ Africa.
• An article in Reader’s Digest ‘Almanac’, yearbook 1986, gives the statistics of the increase of the percentage of the major religions of the world in half a century from 1934 to 1984. This article also appeared in The Plain Truth magazine. At the top was Islam, which increased by 235%, while Christianity had increased by 47%. During this fifty-year period, there was no “Islamic conquest” yet Islam spread at an extraordinary rate. • Today the fastest growing religion in America and Europe is Islam. The Muslims in these lands are a minority.
reply
on April 11, 2014
Report

hassanelagouz
The same can be said for those in the regions of Syria and Jordan, Egypt, Iraq, North Africa, Asia, the Balkans and in Spain. This shows that the effect of Islam on the population was one of moral conviction, in contrast to occupation by western colonialists, finally compelled to leave lands whose peoples held only memories of affliction, sorrow, subjugation See More▼ and oppression. • Muslims ruled Spain (Andalusia) for about 800 years. During this period the Christians and Jews enjoyed freedom to practice their respective religions, and this is a documented historical fact. • Christian and Jewish minorities have survived in the Muslim lands of the Middle East for centuries. Countries such as Egypt, Morocco, Palestine, Lebanon, Syria, and Jordan all have significant Christian and Jewish populations.
reply
on April 11, 2014
Report

hassanelagouz
If Islam was spread by the sword, it was the sword of intellect and convincing arguments. It is this sword that conquers the hearts and minds of people. The Quran says in this connection:
“Invite to the way of your Lord with wisdom and good instruction, and argue with them in a way that is best.” (Quran 16:125)
The facts speak for themselves
• Indonesia is See More▼ the country that has the largest number of Muslims in the world, and the majority of people in Malaysia are Muslims. But, no Muslim army ever went to Indonesia or Malaysia. It is an established historical fact that Indonesia entered Islam not due to war, but because of its moral message. Despite the disappearance of Islamic government from many regions once ruled by it, their original inhabitants have remained Muslims. Moreover, they carried the message of truth, inviting others to it as well, and in so doing endured harm, affliction and oppression.
reply
on April 11, 2014
Report
on April 11, 2014
Report
Answer Link
↑
0
↓

revenge
Of course not
reply
on April 17, 2016
Report
Subscribe

Why do people have to be so racist when everybody has equal rights?

Why do some people have to hate people for their colour of race? Everybody ha...
19 / 34 by Cassia 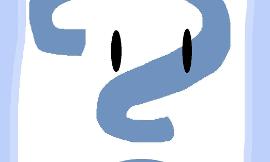 How long does it take for 'BRB' to turn into 'GTG'

what is your daily routine?

What is your favorite country besides America? 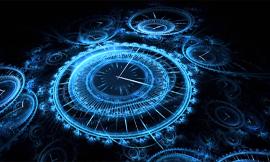 What era would you travel to? (Back in time) 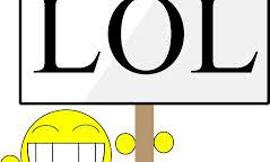 Why do people say LOL?

Really, your not laughing out loud! OMG is fine if it means Our Migrating Gee...
5 / 4 by threebeltking 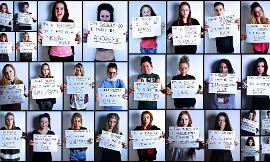 What is the most annoying stereotype you have to deal with?

Sorry I didn't know what category to put this in?
2 / 0 by Secretssafe

is there a difference between gay and straight relationships?

there is no difference between the two except for the fuckking genitales. con...
7 / 3 by your.cool.grandma

Personally have a fujifilm XP 120. The battery is in right, and l've left it charging for 4 hours... 4 FREAKING HOURS! The little noise and light comes on ONLY when l have it connected to a charger, but the screen stays black N...
0 / 0 by trisntea.c