XXtremeCHILLzz published on July 07, 2013
7 questions1 page
Be the first to add this question to starred list!
▼Scroll down for more questions▼

Izzy_Belle
I have two cats and a dog.

PagIsAwesome
1 dog 1 cat,
The cat has a story,
So the cat is a male, around 6 weeks, (he looked like it, said the vet)
His story is: So we where coming home from CC, (classical conversations, it's a Christian group.)
So when we got home, my brother said he saw a cat! We came closer, and he pretty much ran up to my dad.
My dad picked him up and noticed his eyes where closed shut. So we showed my mom and took him to the vet.
Later we dicided we where going to keep him. He doesn't have a name See More▼ yet, but we're probobually naming him Henry. He also has an upper respatory infection.

So next is my dog!
He is 8 months old and he is a 62 pound Goldendoodle puppy.
He loves people and attention and tries to protect us from birds and the neighbors...
Even know he never got used to our neighbor, if you pet him he will love you...
His name is Sirius...BTW...
reply

PagIsAwesome
Plus my brother's beta fish. His name is Data.
reply
on October 20, 2016
Report

3) Fat Mama (female, cat, ran away so we didnt have to bear the pain of finding her dead. So age.)

Nonexistentaccount
I have the cat on your pic (not the real one but it looks like it)
reply
on March 19, 2015
Report
Answer Link
↑
0
↓

theplaidunicorn
Right now we have a million chickens that smell bad :P we used to have cats but one died from old age and we gave a couple away cuz my dad likes birds and cats kill birds so yea. I want another cat and a horse tho
reply
on January 20, 2014
Report
Answer Link
↑
0
↓

killedbythesketchbook
2 cats. Used to be three cats but one died. Also used to have a horse but he died too.
reply


ps: this was realy hard to write this coment as my rat mushroom keep walking on the keybored and deleting it
reply

superderpy10
I had a female crayfish named battle scar. Actually that's what everyone ELSE was calling her. At school we were studying Crayfish and at the end of the unit, everyone got to take one home. When I got home I renamed her, Rainbow Dash. I named her that because she was fast, She was the tallest out of ALL the other crayfish, and she was tough. People were calling her Battle Scar because she had a huge scar on her back. But when she sheded her carapace, the scar was almost visible. See More▼ She didn't die but a couple months later I brought her to the pet store because I was worried that she wasn't eating right and once and a while her carapace would turn the color Brown/Green instead of light dark red.
reply

Bmac99
I have a shi-tzu named Molly, and a schnauzer named Trigger:)
reply

nicolesotirova76
i have 2 black and white american short hairs( cats) and 4 kittens, 2 budgies and 5 fish and i used to have a dog :)
reply

vintagebird
i have a black male cat, a ginger male cat, a female german shepherd, and a male border collie newfoundland mix
reply

Estonia
I used to have a black grayhound named Bomber, but he died:(( but now i have a whippet named Ivy. I really want a cat though
reply

what is your phobia? 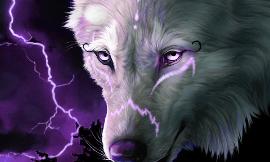 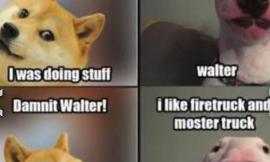 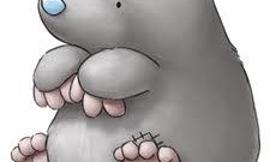 which blue nose friend should i get out of: bengal quiver and alpine? 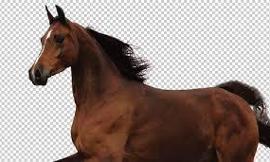 Can you give me some advice? 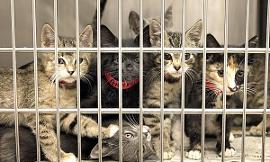 Have you ever adopted an animal ? 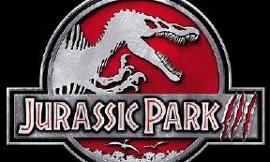 What is your favourite dinosaur and why?

what is your favorite dinosaur and why. Mine is the spinosaurus. Also try my ...
9 / 4 by Bladeking68

Sum up what you did this spring break in 1 word

its for school please
1 / 0 by yifmaster

To be honest i have at least 45. Not joking i have that many. So how many do you have?
2 / 0 by MyInnerYandereIsAyanoAishi

Sum up what you did this spring break in 1 word

its for school please
1 / 0 by yifmaster

If you could to one place in the world, where would it be?

What are your hobbies?

Your apartment is on fire. You can only take 3 things, what would it be?

What music do you guys listen to?

What do you think is the best laptop??