Carverdude (Carver Darke) published on June 18, 2013
1 quiz1 question
Be the first to add this question to starred list!
▼Scroll down for more questions▼

RylieB
wait until later bro. i know how you feel. im afraid that if my crush dwayne asks me out what happened to bmac99 will happen to me. wait until your both older and know how to handle things like that. that way, youll have more knowledge and know if she's the right one. She already dating someone? That's okay. Being friends is sometimes better than being in a serious relationship.
reply

RylieB
depends. if she has, maybe she'll feel uncomfortable about it. And if you ask her if she's ever dated someone she might feel hurt or embarrsed. i would
reply
on June 18, 2013
Report

Carverdude
Thanks :) We're both almost 16 haha and I've already been in a relationship so I have an idea of what I want. Unsure about her though, as shes never dated someone. Dunno if that's a good thing or a bad thing
reply
on June 18, 2013
Report

Bmac99
My best friend asked me out last year. We had been good friends in the 4-6 grade but became best friends in the 7th. I started having a small crush on him, but I didn't think he thought of me that way. Then he asked me out, (via text, but that's besides the point), and I said yes. We dated for 2 months... And it crashed an burned...bad. The reason for that was when I broke up with him, very nicely, saying we should go back to being friends, he sent me a text later that day and See More▼ caused this HUGE fight. Within the cursing and exclamation points we were sending, he insulted my very best friend. I haven't had an actual conversation with him since. So, what can you take from this long, probably meaningless comment? If you do go out, be sure to end it in a way you can become friends again. Be best friends now, during the relationship, and after. Because if you loose her, you're going to miss her. How this helps,:) Good luck!
reply

Bmac99
Like I said, stay true to your friendship. If I could go back and say no, honestly, I probably would. I know he misses me, and I miss him too, but I don't think I'm ready to let him back in my life. It would take alot of stress away from my life. Just remember what great friends you were, and don't let boyfriend/girlfriend trouble get in the way of that. See More▼ Sounds like you have a good friendship, just be ready for that to change if you go out.
reply
on June 18, 2013
Report

Carverdude
Thanks Bmac. I'm sorry about that guy. She is my very best friend so I know she'd never mean to hurt me... I'm more scared for the fact that she may creep out a bit if she doesn't want to be with me. But honestly, I couldn't imagine my life without her, as her boyfriend or not. She means a lot to me... I just don't wanna risk losing her :(
reply
on June 18, 2013
Report
on June 18, 2013
Report
Answer Link
↑
1
↓

blueshadow
i say wait,i myself did this and it worked out and i just want to say good luck.
reply
on June 18, 2013
Report
Answer Link
↑
1
↓

funnydancer
Tell her how you feel :x I'm a girl and we think that move is really sweet. Tell her you really like her but if she doesn't like you in that way that you didn't want to ruin your friendship.
reply

funnydancer
Still, explain to her what it's like, I'm sure she'll understand. I mean an 11 year old understood
reply
on June 18, 2013
Report

JKRowling
I'm a girl and I know the signs of liking a boy. spending time with him, smiling around him, sometimes being moody because it sets the boy up with the possibility of caring for them or whatever, sometimes starring, and wanting to hang out. If you do ask her out then be prepared for whatever she says. most girls will say yes because they love the feeling of being wanted. make her feel special but don't put her on the spot. Good luck with whatever you do
reply
on September 11, 2013
Report
Answer Link
↑
0
↓

madison1
wait till you know for sure that she likes you you dont want it to end badly
reply
on June 18, 2013
Report
Subscribe 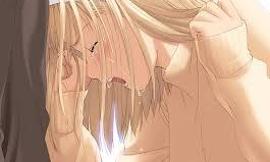 How do you deal with a break up?

My bf broke up with me yesterday and said he didn't want to hurt my feelings ...
4 / 0 by ZiallLarryAndleyCashleyJalex

My boyfriend is too jealous & I don't know What to do..

why do i fall in love so easlily

why can't i find the one? 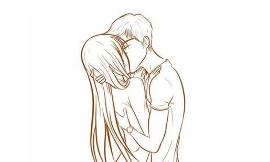 What are some moments where you wished people kissed?

Watching a movie. Just kiss already! And then they don't. It's very annoying
4 / 0 by dark_rose 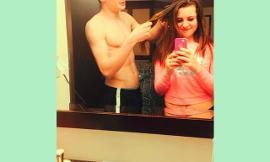 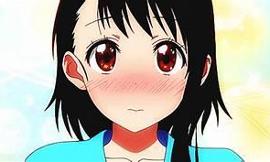 Who was your first ever crush?

I am really curious. What were they like? Where did you guys meet? You don't ...
8 / 9 by BlueTheQuizWhiz97

I found out by a girl walking in my class at age 9 i turned Lesbian for her :)
4 / 1 by BerryBlue

I am the deppression queen! Just wanted to know.
5 / 6 by FallenGachaAngel

I don't know alot about the people here so as I mentioned before, I wanna know more about people. These questions are not made to offend anyone. I'm still fairly new, and I know nothing about people here because i'm too afraid ...
2 / 4 by XLusciousX

Have you heard of In The Rain?

It's apparently a very cool creepypasta. Many variations, but the first I heard was a story on Youtube. It reminded me of that movie by Stephen King, The Mist. Because strange creatures come in the shrouded, hazy and heavy rain...
1 / 0 by XLusciousX

What is your Favourite Anime? (3)

My Favourite is Naruto
5 / 1 by Japplay

So uh my friend's birthday is in less than a day and I want to get her something but I don't know what. Any ideas..?
6 / 9 by happy_ostrich