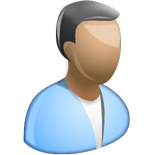 People to follow-
@Wolfie_the_pet_wolf- She's always a pet wolf when you need one! She's loyal, sweet, and kind to
everyone-just like a dog.
@Gracie15- She is one of the nicest people EVER! She knows just what to do to make you feel
better when you're sad, and she will do anything to make you happy. Follow her. Like, now.
@tails_lover3- She is one of my bffs on qfeast! She has always been so nice and patient with me when I don't understand RP. (one problem with her though. She STILL doesn't see that Tails is mine!!)
@the_gir_army- We were both kinda mean to each other because we disagreed on something, but we're bffs now! The people that really know her know that she is really nice.
@pikachukitty- She is always there for me NO MATTER WHAT. She has always made me feel
better when I'm sad, and has really always been my bff. (She doesn't understand that Tails is mine either. :-/)
@artistic_fairy- She is always so cheerful and peppy! She never complains about anything. Like,
ANYTHING. And, she reminds me of a tiny fairy with a paintbrush in her hand. :3 (sorry, that was
random)
@PEGASUS_LOVER- She forgives so easily when I make big mistakes! That's why she's my bff!! :D
@Applewolf_The_Wolfhumanlover- I've known her since when I joined qfeast. She was one of my first friends! :D
@Princess_Toast- I can't believe I forgot to put her on here! Me and her got in an arguement over something stupid about a month ago, but we both just forgave each other. I honestly don't know how we met. :p
One more thing- I make really dumb mistakes with friendship sometimes. So we can't be friends if you're not forgiving. I'm really dumb sometimes and say something mean that I never meant. :-/
And, I know like nothing about friendships, and I really don't have a lot of friends, so I get a little clingy with friends sometimes.

The_Cute_Cheetah_Girl
I just express my opinion calmly, and everyone like bites my head off. :-/ This is kinda why I wanted to quit. Because I can't say my opinion without everyone hating me. Okay, bye. Qfeast isn't my thing.
reply

Marvele
No one was hating on you. We were having a simple debate.
on November 01, 2015
Report

The_Cute_Cheetah_Girl
Yeah, I'm quitting. And I'm not trying to get attention. I really am quitting. Qfeast isn't as fun as it used to be.
reply

The_Cute_Cheetah_Girl
Okay, I'm gonna say something people. I don't care if everyone unfollows me for saying this.

THERE IS A DIFFERENCE BETWEEN A HOMOPHOBE AND A PERSON WHO DISAGREES WITH THEM!! And I'm SO sick of everyone being so mean about it! Everyone who supports says that gay people are real people too, and they have feelings. What about me?? I don't support, and I have feelings too. Whenever I say I don't support, everyone starts screaming at me. Yeah, talk about people having feelings. Some See More▼ of you are just hypocrites. You're like "Gay people have feelings too!" Well, guess what? This might surprise you, but I have feelings too! Just because I don't support gays does not mean you can be mean to me! You have your opinions. I have mine. And another thing. People say Christians try to force their religion on other people. WRONG! No we don't. I'll tell you what's forcing a religion on someone. It's people who are murdering Christians and putting them in prison just because they won't deny their belief. No THAT is forcing your religion on someone. There's a difference between forcing your religion on someone and simply telling them about it!!
reply

The_Cute_Cheetah_Girl
Staying on qfeast rates;
1=Delete your account
2=Not liked that much
3=Your liked but some users don't notice you
4=Enjoy talking to you
5=Almost popular and is a good friend
6=Is someone to cherish so don't leave qfeast! See More▼
7=Is a a nice person who supports others so stay on qfeast
8=Don't delete your account because we will miss you
9=If you leave we leave as well
10=Your a great valued member to qfeast so never leave it

Find out if you are pretty here! Don't worry; there is no ugly. I don't think anyone is ugly.
31 responses 9 by The_Cute_Cheetah_Girl
on September 22, 2015

The_Cute_Cheetah_Girl
Guys I haven't been on in forever!! I'm so sorry!!
reply
Subscribe
on September 22, 2015
Report

The_Cute_Cheetah_Girl
Thanks for being there for me guys. :) I'm glad I have friends like you.
reply
Subscribe
on August 10, 2015
Report

I need help with friendship

Okay, so I don't make friends easily, and I finally have some friends at church, and I'm freaked out a little bit because I have no idea how to handle friendships! What do I do? I don't want to lose any more friends!
3 / 2 by The_Cute_Cheetah_Girl
on August 07, 2015

The_Cute_Cheetah_Girl
I really wanna meet someone here on qfeast. That would be really cool!! :D
reply
Subscribe
on August 06, 2015
Report

The_Cute_Cheetah_Girl
I'm freaking out. It's 2 am and I heard someone whistling downstairs!! I feel like someone's watching me...
reply

Where do you WANT to live?

The_Cute_Cheetah_Girl to Obese_Doggo_boi
Hey Wolfie, we haven't been talking for awhile. :(
reply

Have you ever wondered what pet you should get? Take this quiz to find out! :D
7 responses 1 by The_Cute_Cheetah_Girl
on July 30, 2015