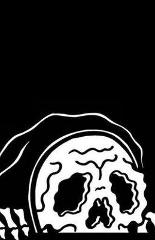 eieio to GolfWang
I WANT U BACK
reply

MarichatPuns
!!! I remember this person. I thought they were hella cool but never talked to them bc I was to9 nervous hdgkiiyfv
on April 15, 2019
Report

GolfWang
Its almost really been a year and almost everyone I know is gone : ( oh well I'm gonna be gone too shortly after posting this just wanted to see if anyone was still here
reply

eieio
IT’S 2021 AND I STILL MISS UUUUUUUUU HMU MY IG IS @negative.cweep

eieio to GolfWang
get on or suck eggs
reply

eieio
ITS BEEN 2 YEARS IDC BRO I STILL MISS YOU THE MKST
on November 06, 2020
Report

GolfWang
Part 1 of the work drama: the beginning of last week
(A thread)
so for those of y’all who don’t know I work in this rlly fancy hotel in Havana (pls don’t bring that awful song up) but anyway it all started when we got this new guy at work. We’ll just call him Magnus bc he looks like Magnus from Kid Icarus also I’m paranoid about my coworkers finding this page so we gotta use code names so none of the names I use here are not their actual names lmao. Anyway he was new and everything See More▼ and right away all my coworkers got a bad vibe from him and after he shadowed my friend Rosie on the first day she immediately told us that she overheard the managers talking about how he was a high school drop out and the only reason they let him work is because he has a Visa. Also he’s from Mexico aswell but his parents live in the UK. And he’s also had time in rehab. So we were all kinda fascinated by all this but tried not to be too judgemental. Until our shift manager told us to “keep an eye on him” then we kinda stared to freak bc we had no idea what that meant. But the very next day into the early morning shift we knew right away what the shift manager meant. (Read the next few posts bellow)
reply

eieio
CHRIST
THIS SHOULD BE TURNED INTO A TV SHOW LMFAOOOO
on January 23, 2018
Report

GolfWang
I’ll continue this thread tomorrow but rn I’m rlly sleepy and too tired to remember details so yeah rip
on January 23, 2018
Report

GolfWang
Part five: karma bitch
Frosty has never been treated like this before in his life and it really took a hit on him. He started crying and we’ve never seen Frosty like this. So Flacka is sent out to deal with the shit couple. These asswipes demanded a drink refill every five seconds even when they’ve only taken a sip from their drink. So Flacka and Arlington come See More▼ up with this master plan for Arlington to take a piss in their drinks. Normally the older members of the work staff would put a stop to things like this but we all agreed to it for Frosty’s sake. So Arlington did the deed and Flacka took the drinks out to the older couple. They didn’t ask for a refill after that lmao. Anyway Daisy who’s the cashier made sure the charge them for every refill and finally the dickheads left without leaving a tip of course.
on January 23, 2018
Report

GolfWang
Part four: the worst people alive
Not even a day after the Magnus drama, we already dive headfirst into more drama. Shitty customers. All of our waiters and waitresses are well loved but by far everyone’s favorite is Frosty (don’t ask). Frosty is a fun loving Colombian guy. Everyone likes him. And he’s by far our best server. Anyway the day this incident went See More▼ down it was one of the busiest days we had seen. This really old couple arrived and waited for an hour to get their seats and they were obviously very salty about it. So Frosty goes to save the day and help them turn those frowns upside down. But they still weren’t having it. They didn’t let Frosty give them a menu because they insisted rudely they already knew what they wanted after they ordered, Frosty brought them their drinks first (ya know like normal people do) and they threw a hissy fit in the middle of the restaurant and demanded he only bring their drinks with the food then threatened to have him fired like the cucks they are
on January 23, 2018
Report
There are 2 more comments. Show ▼
Subscribe
on January 23, 2018
Report

GolfWang to eieio
:^)
did ya miss me
reply

eieio to GolfWang
haha ur still blocked
too bad u cant talk to ur fave person on qfeast ;^)
reply
Subscribe
on January 21, 2018
Report

What phases have you gone through?

I think I’ve made this question before but I deleted it but anyway what phases have you gone through? (Emo phase, anime phase, etc)
3 / 2 by GolfWang
on January 21, 2018

eieio to GolfWang
u suck
reply
Subscribe
on January 15, 2018
Report

GolfWang
I really wanna call out this one user even tho I'm friends with them bc all I feel like they do is start drama with a bunch of 12 year olds that obviously don't know any better or with people over dumb shit. Like its the Internet move on already
reply
Subscribe
on January 14, 2018
Report

GolfWang
I got my phone stolen so I'll probably be less active than before whoops
reply
Subscribe
on January 14, 2018
Report 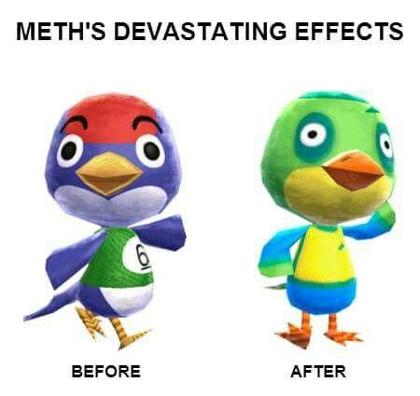