The Loe family Co decide to make a farm until they discover more terrors.

Lochelynne decided to make a new company- Loe Mole Farm. They made many mole flavors.

Yuzu and Kiara brought all the moles to the market. Kiara was unfortunately very bad at it, as her singing cuuucus would interrupt it. Grandpa Loe fed livestock, Soldier mice cleaned it up, Dookie Cookie put up advertisements for moles, Smoker Hole human stood in front of the farm,  Ayumi shipped the moles away, Hujle drove the tractor because he was so fat he couldn’t do normal work, FBI agent got radioactive mole plants from Area 51, And Alaric got good soil, he knows a thing or two since he’s an element.

The chicks returned via smoker hole mole portal and were treated terribly as always.

It was a normal day at work. Lochelynne was looking in the mirror, praising themself, and downgraded their workers per usual. “I’m so much better than everyone, I love being a chin dot femboy...” they ran a hand across the mirror. All of a sudden they hear a ring from their mole phone.

Everyone whipped their heads around as they hear another smoker hole scream. “Really? This again? I bet there’s a new good company.” Chick one said. “Yea, Let’s go!” Chick two said and they all followed the others.

“WHY DO THESE BISHES KEEP COPYING US!!!” Lochelynne screamed. Grandpa Loe grabbed the mole phone. “App guy IN A MINUTE!!! Banana farm?” Grandpa Loe read aloud. Lochelynne fell to her knees and cried, skinning the moles on her knees. “Come on! Into smoker hole car once again!”

“Oh man. Why are you guys back.” App Guy said. “LET ME INTO THE FARM BUILDING STAT!” Lochelynne said. “Why should I listen to you.” App guy said. “because i’m the REAL smoker hole loe!” Lochelynne said. They looked around the farm, shaking their head because they were so much better than the mole farm.

Yuno got off the tractor and approached the group. “Why do you guys keep coming here?” “BECAUSE YOU KEEP TAKING MY BUSINESS!!!” Lochelynne screamed. Their chin dot got redder by the second. “How are we taking your business when there was none to begin with? We have people buying bananas everyday..” Yuno said. “Yea who wants to buy literal moles” App guy raised a brow.

“Hello, Lochelynne. I know you may be perplexed- But, As you know, I’ve had a thing for bananas, And I wanted to join-” “Gregory HOW DARE YOU!” Lochelynne screamed. “GET HIM!” They sent the soldier mice after Gregory. The Soldier mice started crawling up his femboy locks. “What on earth!?” Gregory starting shaking the mice off. All of a sudden, the soldier mice swept Gregory away and crowd surfed him into the smole portal.

“Now, onto Rowlf and Seiko!” Lochelynne stomped. “Ayumi, Why don’t you take care of Seiko since you used to be buddies!” Lochelynne swung over to Ayumi. Ayumi strutted over to Seiko before Rowlf came up behind Ayumi and ripped off her wig, revealing a smoker hole head. “NOOOOO!” Lochelynne cried. Ayumi laid down dead. “MY CLONE!!!! NOOOO!!! At least i still have the ayumi spirit inside....” Lochelynne wiped their tears away.

All of a sudden, a pair of ooze hands fell down. They grabbed Bluyumi and workers and swung them around. 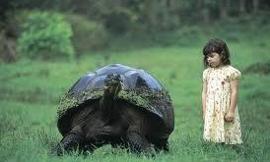 by nezuko_mha\melody ember pendley enjoy this book i have no more to say.
2 reads 2 readers 0 by nezuko_mha

im sorry that i made this one late so here we go by nezuko_mha\me\melody embe...
3 reads 3 readers 0 by nezuko_mha 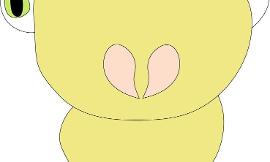 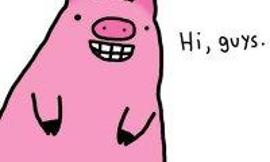 This is a fractured fairy tale about Cinderella: through a stepsister's point...
13 reads 12 readers 1 by Writerunner 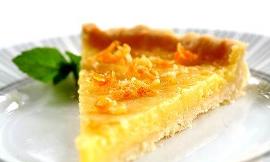 This story is different from my others. It is geared toward the younger crowd...
9 reads 7 readers 0 by Mcdazzle2000

The moving script of the Bee Movie is now on Qfeast. May these words touch ev...
15 reads 15 readers 6 by yeeet 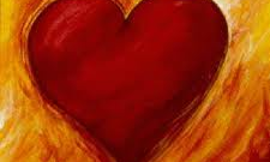 A letter-styled love story about two lovers who are split apart after a war w...
95 reads 19 readers 42 by kellygirl2

words words fucck you damn words we hate you and you suck a whole lot :)
104 reads 19 readers 38 by Mysterious_Wolf