Another part of the story, if yous want me to continue different parts of the story please leave a comment. There is part one and two if anyone would like to read or get up to date. And I'm open for suggestions.

Now It Gets Intresting

That night I couldn't stop thinking about what Jeff had said but for some reason I had been asking myself the same question as he had. I couldn't sleep a wink, so I went out into the kitchen. I walked past the lounge room and peered in, everyone must of went to bed or something, there was know one in there. I continued walking to the kitchen and finally got there. I had forgot what I went there for. I decided to walk back and as I pass the living room I see a shadow...
I look into the dark room and reach for the light switch.
"Don't turn on the light" Said the voice.
"who's that?" I replied. there was no response. I go to turn on the light switch again and was able to.
"uggg, I told you not to do that" Said the person in the corner...
" JEFF" I shouted. Then I just realised Jeff hadn't returned from earlier.
"what are you doing still up?" I ask.
"i'm thinking," Jeff replied.
"about what?" I ask.
" I don't know" He said.
"common, lets go" I suggested. He just nodded and followed along with his head down in a trance.
We get to our room and as soon as I go to turn around to check if Jeff is okay, he grabs hold of my shoulders and holds me to the ground.
"WHAT ARE YOU DOING?" I shout.
"I've got a question to ask you" he says so calmly.
" what?" I reply.
"what do I mean to you?" he asks with a gentle voice with a tight grip on my shoulders.
Join Qfeast to read the entire story!
Sign In. It is absolutely free!
5.0
Please Rate:
5.0 out of 5 from 6 users 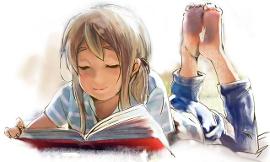 Of All Girls, Why Did He Come To Me?

I'm a teenage, I'm supposed to be mad about finding a boyfriend or get at lea...
80 reads 26 readers 6 by intoBoth

This is about true love and how a person fell in love with a girl and awaits ...
11 reads 9 readers 2 by spencerfoster226 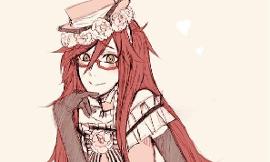 It's back again. You're welcome. Shameless ending is shameless. Descriptions ...
8 reads 7 readers 0 by Angry_German_Kid 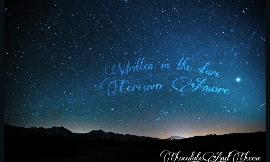 Written in the stars: Cercavo Amore

This is the story of a young girl who has always been interested in the stars...
23 reads 4 readers 22 by ThatAnimeGirl 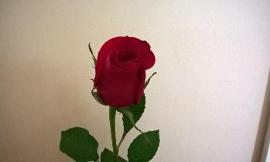 What is better then high school romance when prom is coming?! If you have any...
36 reads 17 readers 4 by LhasapooLover 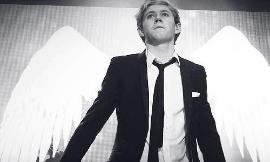 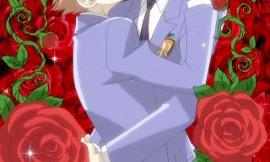 Now about this: As you know Kaoru is in love with his twin brother Hikaru. no...
40 reads 19 readers 1 by UniversalRealms 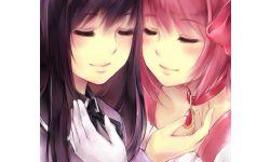 This is probably going to be a little angsty, so a warning in advance. It als...
5 reads 5 readers 0 by Angry_German_Kid

The book will be about the Disc War The Disc War was between Dream and Tommy Innit. The two discs are Tommy's prized possessions on the server. Btw its going to be prob the biggest book ill make on here but this is the true sto...
3 reads 2 readers 0 by BarkHaHA

The book will be about the Disc War The Disc War was betw...
3 reads 2 readers 0 by BarkHaHA