just a bunch of oneshots of harry potter x draco malfoy that either come to my mind or have been sitting in my archive for a little bit.

(If this is bad, I don't care because I like it more than I thought I would. Little to no editing on this one.)

Draco and Harry were sat atop the roof of Hogwarts beneath the dull sky. The sun had just barely set, leaving the sky with a gray-tint that the two found that they both liked. There was one thing that they had in common.
Harry had finished up a joke, sitting with a manspread, covered by a heavy black hoodie and some faded jeans where the color wore out in the sun. He didn’t have shoes on, only mismatched socks that he had found in a rush to make his way up to the roof.
Draco, however, was dressed much more… elegantly, as Harry liked to put it. Except it wasn’t elegant, Harry just was being nice by saying that Draco looked better than he did, and it usually put a slight blush across his pal’s face. The blonde boy was dressed in a loose and flowy, cream-colored top, matched with these sort of tight tan shorts that had multiple tea and coffee stains. Harry thought they looked adorable on him, especially the way that they hugged his thighs and complimented his curves.
“Mm, that’s funny,” Draco said seriously. A trace of a chuckle was left on his lips as he played with his fingers awkwardly, his right leg crossed above his left.
Harry had his elbows resting on his knees, his hands clasped together like he was some sort of fancy businessman. He inched closer and closer to Draco the more they talked. Draco didn’t seem to notice, but Harry thought that he wouldn’t mind either way.
“Hey, do you…” Harry mumbled. He thought about what he was going to say as he noticed Draco turn his head. What if he says no? What about Hermione?
“Why are you staring at my lips like that?” The blonde said, obviously flustered as he stopped fidgeting with his fingers. Harry’s eyes widened as he realized how close he had leaned in towards Draco in his few seconds of daydreaming.
Draco looked down at Harry’s lip as well in the moment of desperation. He scooted himself by the inch towards the brunette. Harry found his arms wrapping themselves around Draco’s waist as he got closer, holding him tight. Draco seemed comfortable there.
Draco leaned in as he looked up from Harry’s lips and back to them again. He tried his best to seem like he was confident, but on the inside he was scared. Jesus fu-
Until he felt Harry’s lips on his.
They both felt blissful; the way that Harry’s arms were wrapped around the other boy’s waist and how Draco’s began to wrap around Harry’s neck. It was beautiful to them. They both felt like this was their moment… like they were where they meant to be.
Harry was the first to pull away from the kiss. Draco wasn’t surprised, and he was pretty sure that Harry wasn’t either.
“You’re, uhh…” Draco paused for a moment. He looked at Harry awkwardly and then back to his own fingers. They seemed really interesting that day. “You’re way better at that than I had expected, Harry.”
The brunette laughed lightheartedly. He didn’t feel like Draco was trying to insult him. “Yeah. Me, too.”
Join Qfeast to read the entire story!
Sign In. It is absolutely free!
5.0
Please Rate:
5.0 out of 5 from 2 users 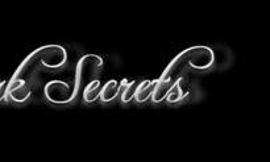 Ashley is a popular girl and has everything. Emma is a nerd and no one lik...
115 reads 26 readers 12 by ChokolatLover 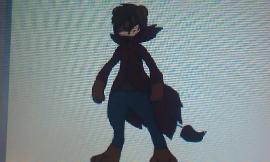 I'm not going to explain it. Read this story and you will unravel some secrets.
5 reads 4 readers 0 by MysteriousLiarBoy

Hidden Among the trees

A young girl tries to find her way through living in the wild adapting to her...
18 reads 6 readers 1 by Mermaid0220 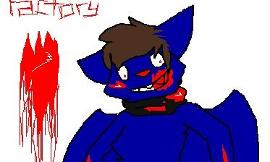 The pysco is after you she will never go away or will she? The she beast has ...
11 reads 8 readers 1 by chaos 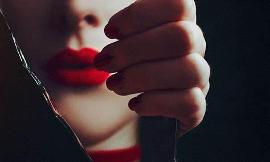 Hello. This is a story based on a true story, So a lot of things in here have...
12 reads 8 readers 4 by BlueTheQuizWhiz97 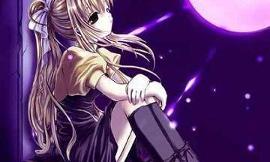 this story is about bullying its sad its my first story so please rate :)
28 reads 11 readers 3 by ellabellaboo 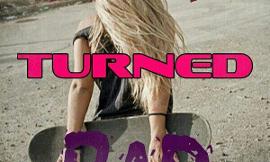 I'd always thought I'd be that model student who had only A's because if I di...
10 reads 10 readers 0 by Thug_Life_As_A_Blonde

This is a spoof creepypasta. I made it just for fun and have no intention of it being taken seriously, but if you have any questions about the character, feel free to ask away. This was actually already originally written on Se...
2 reads 2 readers 0 by Yuzu_Senpai

A maternal insult, also referred to as a "Yo mama" joke, is a reference to a person's mother through the use of phrases such as "your mother" or other regional variants, frequently used to insult the target by way of their moth...
6 reads 5 readers 1 by propaganda

Look at the title. Yep, songs I wrote. They aren't the best but i try okay?
10 reads 8 readers 2 by Yuzu_Senpai

Till Death Do Us Part || A story by Emoangel28

Read as 6 friends grow up and discover new things and feelings like love and heartbreak.
3 reads 3 readers 0 by emoangel28

My brain kept me up past 1 in the morning going over all the fictional crushes I had all the way back to when I was 5. So enjoy this weirdness, and hey, maybe you might know some of these characters!
6 reads 5 readers 1 by Yuzu_Senpai

The Healing of the Storms

This a poem/ song lyrics book. Expressing my feelings in words so u can all understand
4 reads 4 readers 0 by Jane_The_Killer1

Yes, I made another one cuz I couldn't help myself 😂 I guess I just love the character too much. WARNING: There is swearing in this. so if you don't like it then SUCK IT UP AND BE A MAN! (or woman, it don't matter)
6 reads 6 readers 0 by Yuzu_Senpai

My Life in a nutshell

yep, read the title. that's what it's about. read on if you so dare to
16 reads 9 readers 0 by Yuzu_Senpai

Im purple girl! Im making maddie afton/willheart marry Michael she asked for it and i finished the book so ya go check the last chapter out >:3 i trolled you madison afton
14 reads 5 readers 5 by lillyafton

This is a rewrite of my creepypasta character's origin. I had originally planned on having her origin be part of a series i was making (inspired by I Eat Pasta For Breakfast on Deviantart). I do still plan to put it in the seri...
6 reads 4 readers 1 by Yuzu_Senpai

None of the characters belong to me Except Nessa, Bliss, and Midnight. They ARE NOT CANNON! They are just characters that I thought of designed and loved. Anyway, this story is about Nessa, Midnight, and Bliss. they are 13 when...
1 read 1 reader 0 by Kingdom_hearts_kairi

Hello. This is a story based on a true story, So a lot of things in here have happened in REAL LIFE. But there are also some things that didnt. I'll add a new chpater every once in awhile so pay attention! please enjoy!
12 reads 8 readers 4 by BlueTheQuizWhiz97

It’s in the title okay? You really don’t have to read this. Only the people who actually care about me would read this.
11 reads 7 readers 19 by Your.local.idiot

Essay the i made for my class just really random it kinda weirda most of them are from 7th and 8th. I suck at writing so enjoy!!
19 reads 8 readers 5 by weird_animegirl

This is about a girl known as 'The Shadow' she is a kille...
9 reads 8 readers 0 by Silver_Moon

This is a rewrite of my creepypasta character's origin. I...
6 reads 4 readers 1 by Yuzu_Senpai