It is 2021, a year after the pandemic that shook the world peaked. In April of this year, a boy from America moves to Japan because of his father who works in the military, he only has a few years left before retirement. This boy goes to a different School in Tokyo, because of course. Here, he learns what it's like to live in Japan and becomes a relatively popular student. How will his life go from here? This will be written as time goes on, so expect new chapters to be added on a regular schedule.

Welcome new student, how may I help?

It begins, the day of Reckoning for Luke (at least how it feels), a day of new life for everyone else. Luke had moved just a week ago, excited to move. Yet he missed his friends from America. They were very near and dear to him, like a family. He does still have a way to contact them through his phone, so he doesn't miss out on too much.

Luke was at the front gate of the school, towering over everyone else, he took his first step into his new life. He moved quickly into his class. Luke had short dirty blonde hair, green eyes, skinny and tall body.

"Class, you may have noticed already," the teacher said, "but we have a new student today. Come on and introduce yourself," she said with a smile as beautiful as a rose on her face.

Luke walked up to the front of the class and introduced himself. "Hello, my name is Luke, I am from the United States of America. My father, and our family, was stationed here from the military," he said stuttering more than a talking dog, " as you may have noticed, I'm taller than all of you. Understand this, you're not short, I'm just tall. Thank you Ms. Odori."

The class clapped for him as he stepped towards his desk. The rest of the class period was normal, nothing special happened. Later, P.E. began, leaving Luke to change, except he accidentally stepped into the girls locker room, seeing alot of the girls in there underwear. To try to make sure they knew this was a accident, he quickly covered his eyes up, said sorry and did his best to find the door while sheilding himself from the the half-naked women. He accidentally touched a girl on the back and was given a hard back-hand slap. He left the room with a soar face and a erection. Luke changed where he was supposed, and was on time to class.

A whistle blew, "Class, I want you to find a partner for today and the rest of this week," the P.E. teacher, Mr. Miyamoto said, "we will be doing partner activities. This is to teach you how to communicate in the heat of a event. Now find a partner and I'll tell you what to do." The teacher walked up Luke and said, "I know that you are a new student here, so I'm going to partner you up with someone whom I am sure can teach you how we do things here." The two start walking towards the girl that slapped Luke, but the teacher didn't know this. "Mai, I'm going to have you work with Luke this week for this class."

"You two better get along," he joked.

"Sorry for what I did earlier, it was on accident. I didn't even see where you were," Luke repeated to her.

"The girls told me what happened, I accept your apology," she said bitterly, "at least you didn't touch my breast." Mai was taller than a majority of the girls at this school, but only by a few centimeters (I'm American but Japan uses the metric system so I'm going with that), her body was very toned, she had black hair that was slightly longer than Luke's hair, and her blues stood out among the rest.

They worked together in that hour, and they started getting along quickly, teaching each other a few tricks. Luke was cracking jokes alot, and they made everyone who heard them laugh to some extent.

P.E. was over, so lunch began. Luke brought his own lunch, everything in his bag was homemade, in it was curry, sushi, and to have something more traditional to him, a sandwich.

"Hey Mr. Giant, over here." Luke looked over and saw it was Mai that was speaking to her, "wanna come join our table?" she asked.

"As long as there's room for someone like me," he jokingly replied.

Luke met everyone that was sitting at that table. He enjoyed there company, it was like his friends from America were with him.

It was the end of the day, the bell was about ring. Luke thought about how suprisingly good his day was, he meat alot of interesting people, his favorite person that he met so far today was Mai.

The bell rang, a new era of this school has just begun, and so did Luke's life. As he was walking out of class, Mai started talking to him, asking about how his day was. It was short, but sweet. Mai brought up the idea of the two visiting each other and doing something during the weekend, Luke hesitated, but he accepted the offer.

To the side, they heard someone joke "Mai finally has a boyfriend" leaving her embarrassed. Luke laughed and said his goodbye to her.

Elemen13
Yes I am, and I'm starting out with something more simple. Do you have any important feedback for this?
reply
Report
14 days ago
Report
15 days ago
Subscribe 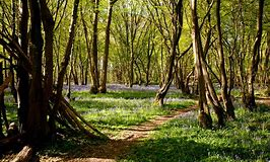 Masky and Hoody were not expecting what they were going to see when they went...
3 reads 3 readers 8 by Lindsflea

Brianna just got a diary what is HER feelings and true opinions about Nikki a...
49 reads 31 readers 6 by edgymemesfordepressedteens 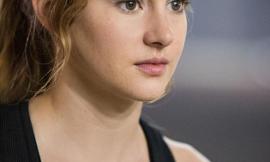 i have been alone for a year now, with only 2 friends. My old friend happens ...
13 reads 7 readers 3 by dumbledoresarmy394 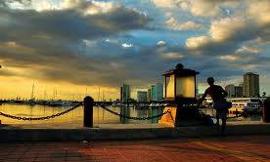 one afternoon in my basement 3

this is what happen after all the one afternoon stories. AHHH... AUBREY IS HO...
21 reads 11 readers 5 by Bubblegirl2000 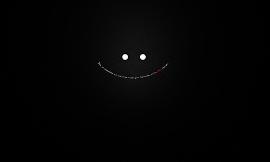 Yeah yeah yeah, I don't have much time. And I'm not a happy camper about this...
14 reads 12 readers 9 by EverymanHABIT 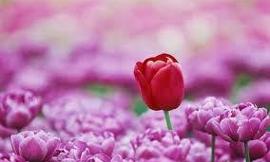 This is a story about a girl named Victoria. Her parents are divorced, so she...
58 reads 5 readers 1 by purplegiraffe 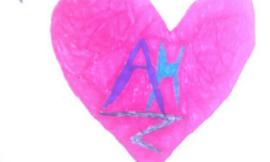 Hey guys these are my own songs and a few fnaf songs as well that I've made ...
37 reads 15 readers 1 by ChocolerryPOP

We Live In A Society in which us Gamers are ridiculed, mocked, shunned, bullied and ridiculed for simply choosing to undertake a hobby which requires critical thinking, lightning-fast reflexes and JUST AN OUNCE (in case you can...
7 reads 6 readers 5 by propaganda

A story about two broken hearts who meet over the internet; SCP is a depressed girl recovering from heartbreak after the love of her life left her. Owen, a handsome lad in search of a lady to give love to. Can he pick up the pi...
44 reads 27 readers 11 by coffee.shits

Chiaki s going through some tough times in high school. Keeping a diary and playing video games seems to be the only thing keeping her Sane.
32 reads 7 readers 19 by EGCToonsYT

Poem for My Love By, June Jordan How do we come to be here next to each other in the night Where are the stars that show us to our love inevitable Outside the leaves flame usual in darkness and the rain falls cool and...
17 reads 10 readers 4 by propaganda

The FitnessGram™ Pacer Test is a multistage aerobic capacity test that progressively gets more difficult as it continues. The 20 meter pacer test will begin in 30 seconds. Line up at the start. The running speed starts slowly, ...
20 reads 15 readers 7 by propaganda

A story about two broken hearts who meet over the interne...
44 reads 27 readers 11 by coffee.shits

We Live In A Society in which us Gamers are ridiculed, mo...
7 reads 6 readers 5 by propaganda