Yes indeed. I have revived a really old oc for the purpose of making a story of how she befriended Knuckles the Echila- erm I mean Echidna. And considering this site is very dead since the last time I was online I thought it would not hurt to post this here. What's it gonna do? Take off?

It was a gorgeous day thankfully, the sun was shining down onto Angel Island, making it feel slightly warmer as it was indeed much higher than the little islands below. This floating island however was slightly cooler due to the altitude which made it comfortable for our guardian to lay out upon the master emerald.
Knuckles was what they called him. He had a fiery temper to match the ginger fur on his body. A long sigh escaped him as he lounged back on the massive, shining emerald. It was a relic from his ancestors long ago and he was gifted or if you may say burdened to guard it until someone else was well and able. However this time would perhaps never come, as his tribe has not returned at all for that matter. It had been theorized that they had been wiped out by some means. But luckily he had grown accustomed to his withdrawal from social interaction. Although he could not say this was enjoyable by any stretch of the imagination. He couldn’t help but internally long for a friend to come around the corner to help keep him less bored. But he was quite insistent on protecting this rock, he knew only he could harness it’s power. And so he stayed, until he heard someone approach the shrine. He kept his eyes shut and his hands on his stomach as he laid on the emerald.
Well he relaxed until he heard a feminine voice call to him. “Hey, you!” She sounded energetic perhaps from some excitement. He opened his violet eyes and sat up fast and turned to the woman. She looked unfamiliar to him, he had not seen anyone else around except the animals around. He furrowed his brow at the woman and frowned deeply. “What are you doing and what do you want?” He responded, his voice was a deep growl as he scanned her. She was wearing heavy winter gear as well as a deep green sweater. She laughed aloud, the corners of her mouth curling up into a grin. “Woah, aren’t you headstrong there buddy. I was just exploring around until I saw you laying on that err… Rock? Or is this the master emerald I have heard about in stories my mom used to tell me.” Knuckles softened his hard gaze slightly. “Well yes it would seem that it-” He cuts himself off. “And who wants to know?” Her ears perked up as she grins even more now. “You aren’t exactly a hello, how are you kind of guy. Are ya?” She remarks. Knuckles gets down from the emerald momentarily and approaches her, upon getting closer he realizes he was much shorter than she was and had to look up to meet her gaze. “That is not what I asked.” He firmly poked her in the stomach causing her to take a step back.”I asked: Who wants to know?” She sighs and kneels down. “You’re no fun,” She pouts with a half smile. “Loosen up guy, I have never met someone as uptight as you are small.”
“S-Small!?” He sputters, narrowing his eyes deeper. “Look lady I have no idea who you are and what you’re doing here but you better answer my question or leave before things get rough.” She lets out a long drawn out sigh. “Samantha is asking, happy?” She waves her hands a bit, some of that playfulness in her tone leaving entirely. This was a slight turn around for him as he looked her up and down again. “Samantha…” He says quietly, almost like he is trying to get something else about her from it. “Yep that’s me and just who may you be tiny?” Knuckles gritted his teeth in annoyance but kept calm. “The Guardian of the Master Emerald, Knuckles. Who is NOT short in the slightest.” He rolls his eyes. “Really? He looks kind of short to me,” Knuckles purses his lips as he looks at Samantha. “You are just an overgrown weed.” He shot back. She laughed aloud when he said that. “Overgrown sure, but buddy I have never met a weed quite like me.” Knuckles scoffs before turning to go back. She got up and crossed her arms. “And, just where are you going?”
“Back to my duty, you know. As guardian of the Master Emerald.”
“You don’t look like any guardian I have seen, they’re usually… You know a lot taller. A bit less feisty. Not that I don’t like your feistiness or anything, I think it’s kinda sweet actually. It gives an added bite, you know?” She says as she follows him back and sits on the steps of the shrine. Knuckles looked down to her. “I- Thank you. I appreciate that very much.” He says with a soft exhale. She smiles up to him before resting her hands on her knees and enjoying the warmth. “You know I am just messing with you though, right?” She asks out in the open, Knuckles looking over to her. “I had a slight feeling however it’s not really polite to pick on me for something I cannot control,” She nods. “I know, I know… Heh you remind me of my brother a tad.”
“Huh?”
“Yeah, good man he was.  Sturdy, level headed, stubborn in a good way, and a bit on the feisty side.” She chuckles softly and lounges on the stairs. “I guess in a way I couldn’t help but pick on you, man.”
Knuckles sighed he didn’t know how to respond. “Maybe tone it down a little bit, Weed.” He says with a light chuckle. “Perhaps then we could become…” He trailed off trying to say what he wanted, didn’t wish to call her a friend but… “An ally?” She adds, holding a hand to him. “An ally.” He agrees, taking her hand and giving it a firm shake.
Join Qfeast to read the entire story!
Sign In. It is absolutely free!
0.0
Please Rate:
0.0 out of 5 from 0 users

Dimensional.Jester (Dimimentio [Azure])
1 quiz2 stories2 questions2 pages
Be the first to add this story to favorites
▼Scroll down for more stories▼ 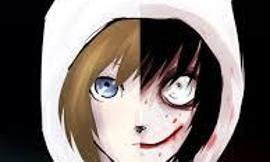 Here is a Love story about Jeff The Killer. If you could please rate it and/o...
1410 reads 156 readers 22 by DanosaurPhilion 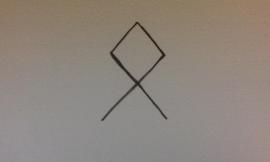 They say every child is born with some sort of spirit that helps guide them. ...
9 reads 8 readers 2 by LunarMn 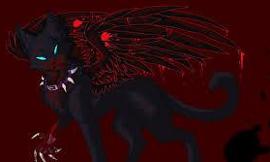 this is several years in the future, with a blood thirsty clan on the edge of...
20 reads 11 readers 3 by blackdragon112 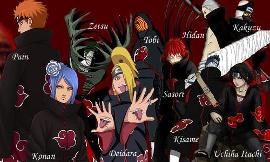 I had to remake this... Anyway, I remade this. Dedicated to CrazyKiller.
70 reads 24 readers 4 by EvilAngel1490 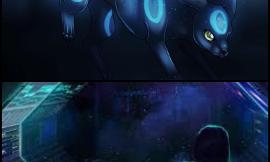 Glowing in the Dark

So different, yet the same... in this world of mortals there's always a missi...
7 reads 6 readers 2 by WolfRavena_CharaLover_UT_FNAF 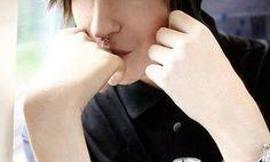 This one is to my brother who just decided he might be gay. I love you, man.
43 reads 31 readers 5 by AlecAndTyler4Life 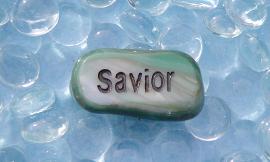 When the bad Lunarians send the goods or Royals running, the Royals discover ...
26 reads 7 readers 0 by Echo101 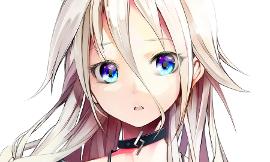 I was bored so I diecieded to make an anime character and characters from sto...
8 reads 2 readers 0 by dark_rose