Kiana was kidnapped at the age of 5 and was raised by her mother for 13 years while her father, the famous captain archer, had been looking for her. Only the daughter of the pirate captain knows the wellerman song.

"mom I'm going to school" kiana said as she started heading out the door but was grabbed by the wrist. "Remember what i said?" She growled and kiana sighed "don't listen to the wellerman song and don't sing it..." She said and her mom let go. "Good have fun sweetie". And with that, kian went to school.

At school, Kiana met up with her best friend, Alexis. "Have you heard? The famous captain archer is here at school! He's looking for his lost daughter!" Alexis said excitedly which caught Kiana off guard. She didn't know why, but the name seemed familiar to her. "He is? That's cool i guess" she said looking away. Alexis smiled "legend says that there's a song that only pirates know and captain archer is using that song to find his daughter!!" She squealed in excitement hoping she was the lost daughter.

Everyone was at assembly now and the principal announced about the special guest, captain archer who happily took the microphone "hello shanty sea high, as you all know I'm captain archer" he began and so many girls squealed seeing how cute he was in person, so many were hoping they could be his lost daughter. "For years now, I've been searching for my daughter who was taken away from me at the age of 5 and i hope today's the day I'll finally find her! With her favorite song and a song that only pirates know!" He said and turned on the music but nobody knew this song.

"There once was a ship that put to sea
The name of the ship was the Billy of Tea
The winds blew up, her bow dipped down
Oh blow, my bully boys, blow (huh)"
Archer turned off the music just in time and tried to listen for anyone to finish the song. Kiana tried to hold back but she couldn't help herself and stood up singing in her beautiful voice "Soon may the Wellerman come To bring us sugar and tea and rum One day, when the tonguing is done
We'll take our leave and go" everyone turned to kiana in shock and archer smiled brightly.

Kiana gulped before archer asked her to come down and she did "kiana... Is it really you?.... After all these years you've grown so beautiful just like your mother!" Kiana was confused at first but then she remembered him and hugged him tightly with tears in her eyes "father" she said and archer smiled picking his daughter up and spinning her around. Kiana laughed "daaad I'm not 5 anymore I'm 18 now!" "But you still enjoy it" archer teased and winked. Most girls were jealous of kiana but everyone else was happy she finally reunited with her father.

"Dad can i still got to school here? I like it..." Kiana asked looking at her best friend and archer looked over with a smirk "sure we don't leave until a few months anyways I'll tell you what kiddo, you can stay and whenever i can I'll come and visit you alright?" Kiana nodded excitedly"thanks dad!" She hugged him and went back to her friends.

After school, kiana came home smiling which made her mom suspicious of her. "Someone's happy" kiana tensed up and looked at her mother "YOU KIDNAPPED ME!!! I FOUND MY FATHER TODAY AT ASSEMBLY!!!" her mother's eyes widened and she gulped "i-i can explain"
Join Qfeast to read the entire story!
Sign In. It is absolutely free!
5.0
Please Rate:
5.0 out of 5 from 1 user

Enzonite
Damn, that twist tho-
She lives with her mom only to find out that she was kidnapped the whole time by her mother. *claps* excellent writing! I love it!! Fr. I myself aren't really good at writing those kind of story lines. You're really good at it
reply

This is initially a book where I disprove everything people want me to. Of co...
73 reads 21 readers 14 by Glitterburn

Lore of the Astral Dragon

OH BOY theres a whole mess of why in my story of how we got here so heres som...
8 reads 3 readers 0 by sodagalactics

Throughout the ages and across time and space this book has grown and changed...
3 reads 3 readers 0 by Shattered.abyss.reaper.101 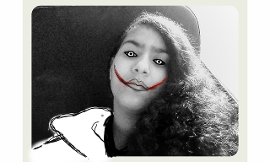 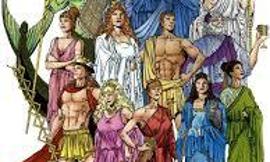 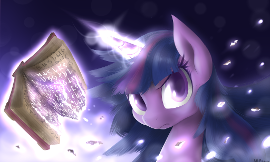 follow the magical adventure of twilight sparkle and her friends and who will...
21 reads 10 readers 2 by twilight_sparkle123