shygirl23 (None of your business ) published on February 03, 2018
2 quizzes4 stories53 questions9 polls3 pages
Be the first to add this question to starred list!
▼Scroll down for more questions▼

tylnapp
The past is the past, the blocks of stone from which dirt is formed, and life may grow. With that I have to grow using my experiences as if they never happened, I may end up repeating that mistake, the same could be said with thigs about myself, as I seem to....be able to force myself to be different.


One thing I wish I could change about myself is also...the very thing keeping me sane. I have a habit of holding onto the past, which isn't a bad thing to hold onto memories, See More▼ but holding onto them hoping they may come back is where I fail.. "the good ole days" as some may call them.


Changing one thing, however minor would be like the pebble in a pond, at first the affects are minor, but slowly the wave grows until it crashes down at the end of the line.

In all honesty, I would either have myself simply become another anthro species on an exact mirror world where at least physically I can be satisfied, or become another species here on Earth through some miracle...
reply

shygirl23
Can I just be the first one to say.... that was full of feeling and I love it. Judging by your response, you always want to keep the past in mind in order to stay sane? :">
reply

Orange.Soda
A tad bit more posative.
Half of my issues are caused by me hating myself that much
reply

Broken_soul
I would make myself cuter and make starting conventions easier. And smarter
reply

OsakoLi
I’d want to be extremely smart. It would put me in advanced classes, and I wouldn’t have had to decide between schooling and everything else ?
reply

shygirl23
what kind of powers would you like?
reply 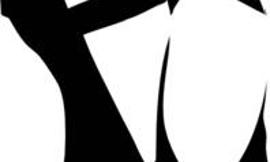 What are your thoughts on people with unnatural hair durning a dance recital?

I go to a small dance school that does dance "for fun". So there's no competi...
2 / 0 by BlueTurkey 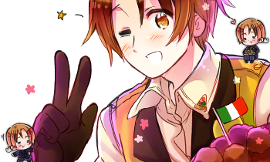 What was your first Anime/manga you read/watched?

Have you seen RWBY? 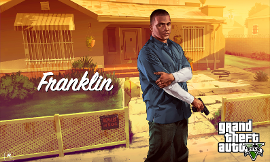 Would you be a Shadow, Nature, Lightning, or Galaxy dragon? 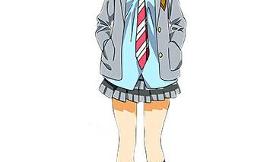 I'm going to MAGFest with a large group of friends and we're all cosplaying. ...
0 / 0 by Elleyd

Other Questions from shygirl23

What about the "New" Miley Cyrus?

How can I ease my shyness levels?

Wierd dream or a door of fear?

If someone killed one person you love, what would you do?

How do you stop loving someone?

Do u think that old songs from your childhood are better than the ones we have today, or the other way around?

What old cartoon shows you guys miss or like?

Do you guys see the ladder?

I want to write an original song on the ukulele for chorus. I'm just sitting here in the dark. I need inspiration...

Would you do it?

when I was called "TRASH" ?

What are you guys thankful for?

What is your idea or thoughts on rejection?

What level of shyness do you guys have?

Is there any sad songs that just makes you cry?

Do you know any inspirational songs?

How can I improve the following rap lyrics?

Do you have ideas for "propaganda" of chorus?