EllieVampire_The_vampirehumanlover (Ellie Otten) published on December 05, 2015
1 quiz4 stories2 questions6 polls7 pages
Be the first to add this question to starred list!
▼Scroll down for more questions▼

Maryanxtaillsdoll
Its only 3 years older not like 15 years older
reply
on December 05, 2015
Report
Answer Link
↑
0
↓

Yoinkyoit
That sounds like my friend...
reply
on March 12
Report
Answer Link
↑
0
↓

Roselin
Maybe you should wait what your parents say...some parents would say yes or no.But let them meet him first and let them put down some ground rules.You're a girl and he is a boy....Fathers tend to get a tad rashful about their daughters dating a stranger they first meet.
reply
on July 20, 2017
Report
Answer Link
↑
0
↓

KatnissHermioneTris
Its fine my mum and dad have ten years between them!
reply
on April 27, 2016
Report
Answer Link
↑
0
↓

ELINAviolets
Ummh, that depends on what stand-point you saw him.
Like, from what I gather from your story is that you didn't know him at all at first and that he likes you with that one meeting (I don't know if it was your first meeting or not, cause if it is I'll say stuff like "that kind if 'fate' ain't real" and all, but dating is mainly about trying new stuff so it would still be a 50-50 chance).

If your still not sure, no problem. Then you gotta find out how serious he would be about See More▼ your relationship.
I'm not only talking about how he would think and do in a dating relationship, but also how his type of character would react if you refuse and 'continue living' from that point (some dudes say stuff like "oke, cool, nevermind then" and carries on. And some on the other hand become The negativety in the relationship with your other friends so you gotta get rid of him. Calculations are that simple)

I wouldn't care too much about age. If you feel comfortable with dating, cool. If not just friend-zone him, I've seen enough anime characters doing that and it still works XD

ily_somuch
That's really sad. But age doesn't matter unless you're older than him. That's just disgusting! But your in good hands. Have fun!
reply
on March 28, 2016
Report
Subscribe

What has really annoyed you this year?

Mine is that Covid came because me and my friends were going to just hang out...
5 / 1 by Chara_Dreemur

What do want be remembered for? 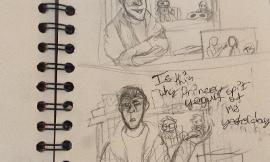 Is this an okay drawing? 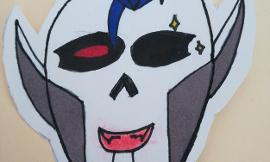 Do you want free art requests?

why is he stuck un tha banann?!

Give me Benedict Cumberbatch puns

Don’t question it, just give me puns. Thank me later.
2 / 1 by kurtcobainsshitfetish

Is the real you defined by the size of your office, or who you are when nobodies watching? 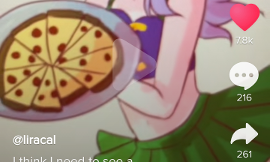 I might make a Zegron Backstory. I will try to seperate the paragraphs. Ok ...
2 / 2 by StarTheCrusader

Who wants to be friends?

For people who watch My Hero Academia, I have some beliefs I wanna share

What’s your favorite type of music? Mines Rock!
6 / 6 by DeepWater

Who wants to join my family everyone is welcome! Just leave a comment saying who you wanna be!
5 / 10 by DeepWater

Can we make this a "most answered question" on QFeast?

what if you could meet black butler characters?

what if you got sucked into black butler only to be a gu...
0 / 0 by angelkiss

is it wrong to like your best friends ex boyfriend?